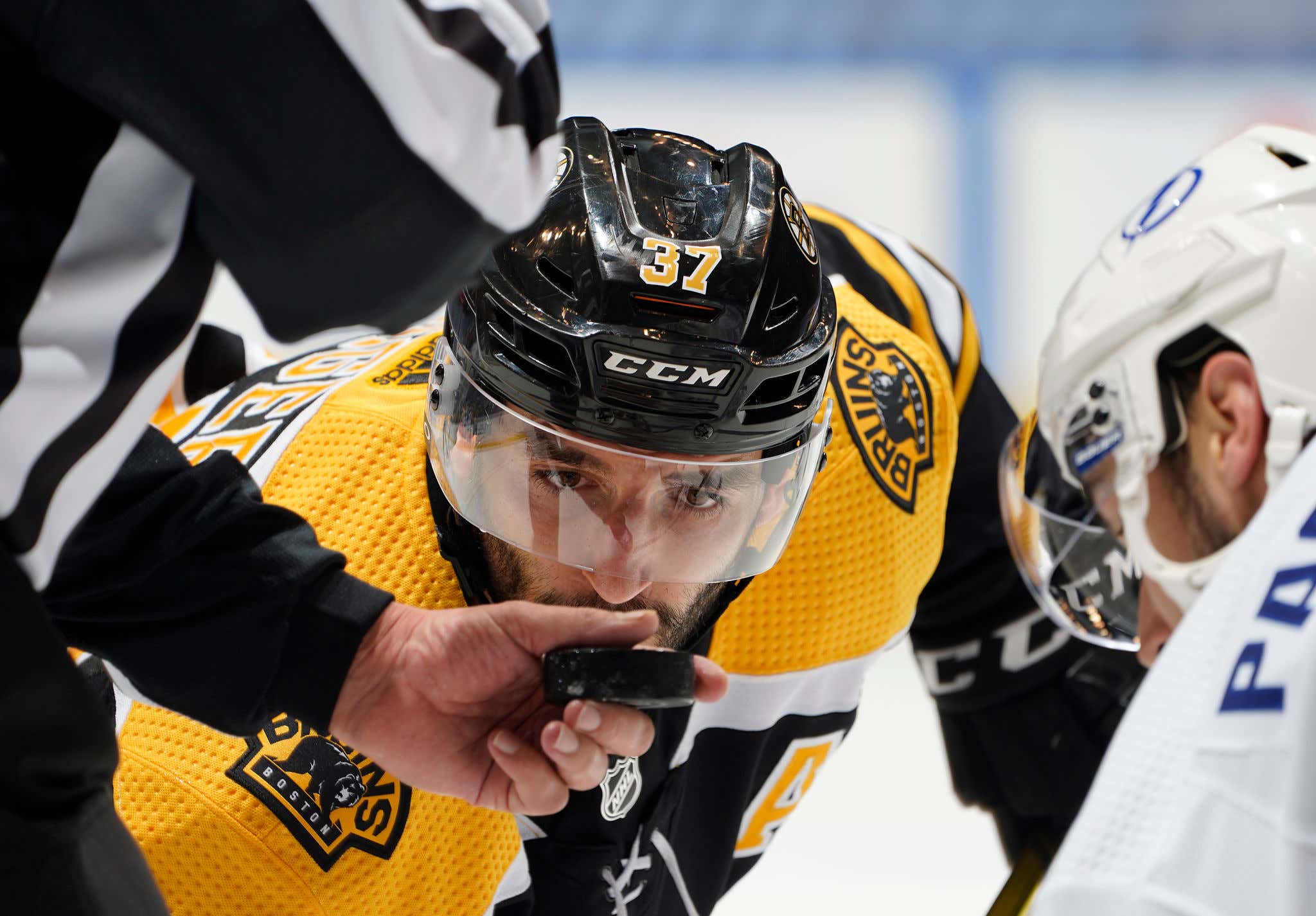 And so it begins. Round Two. Tonight against the Tampa Bay Lightning. Gonna be an absolute battle…

Let's talk about where the B's are at heading into Game 1 tonight.

- David Pastrnak's health. It was crucial for the B's to close Carolina out as quick as they could so David Pastrnak could have more recovery days. B's haven't played in 4 days and hopefully he's closer to 100%. B's top line will be crucial to winning this series. If they can continue to generate the B's will be in a good spot to take down Tampa.

- Nick Ritchie will slot back into the lineup tonight. Cassidy alluded to it being because the Lightning having some bigger, heavier forwards and so he feels comfortable slotting Ritchie back in on the 3rd line with Coyle and Bjork. Coyle had a great first round against Carolina and he's gonna need to be nails once again if the B's want to advance past Tampa. Ritchie's foot speed is the only thing that worries me, he can bang bodies but Tampa is a quick team. Can't have him falling behind. I think the time spent watching the rest of the CAR series from the "press box" will actually do him some good. He's gonna be roaring to go tonight.

- The 2nd line was money against the Carolina Hurricanes and they have to continue their momentum against Tampa. By far the best line of the playoffs so far (who would have thought). Jake DeBrusk contributed and now it's time for Ondrej Kase (3 assists) to start finishing. David Krejci has been driving them and we need Playoff Krech to come through against a solid team in Tampa Bay. Tampa Bay is gonna try and shut down the B's top line offensively but if the 2nd line can play as well as they did in the first round it will bode well for the B's.

- Special teams is going to play a crucial part in this series. The refs in the bubble have made some questionable calls. The B's PP has shown life as of late. David Krejci has made his mark on PP1. But if the B's can win the special team battle, it will certainly help them win the series.

- On defense, Charlie McAvoy made the biggest impact in the B's first round. Gonna need him to do the same as Chara has looked a step slow at times. Tampa is a fast team, breakouts out of the D zone are gonna have to be crisp and clean. You'll see Chuckie take some shifts with Matt Grzelcyk as well. Both are excellent skaters.

- Jaro Halak has actually never faced the Lightning as a member of the Boston Bruins, his career stats in 10 games against Tampa: (.892 save percentage and a 2.93 goals against average).. He looked human at times against the Hurricanes, but the B's go as far as he goes. He'll have some back to backs that he's gotta play through.

- Steven Stamkos (unfit) has been ruled out for Game 1. Likely out for the series.

- Nikita Kucherov (2G, 7A in 8 bubble games) always seems to be a thorn in the Bruins side. With Stamkos out he's "the guy" and the B's will try and shut down that top line. Don't get it twisted though, Brayden Point is as advertised. Point had 2OT winners last series vs. CBJ and will be centering Tampa's best line. I think Kuraly can do a good job keeping up with the top line's speed and will hopefully frustrate them. Don't forget, Joakim Nordstrom played his dick off vs. CAR too.

- Just like the B's, the Lightning have great depth down the middle with Point, Cirelli, Gourde and Stephens/Paquette.

- The Lightning added some key pieces at the trade deadline (Goodrow - you remember his hit on Bjork in the round robin), Coleman). The 3rd line of Goodrow - Gourde - Coleman were great against CBJ, especially their forecheck. Pat Maroon signed in July, dude just loves to fight Zdeno Chara and wouldn't be surprised if they go once again in this series.

- Zach Bogosian has come to life in Tampa skating alongside Victor Hedman as Tampa's top D pairing. I don't think Hedman is 100%, had an ankle injury in the round robin but still ate minutes in the Lightning's 5OT win against CBJ.

Season Series: Tampa was 3-1-0 against Boston in the regular season, we all remember the 94 minute penalty game just before the season went on pause. You throw out the regular season stats especially for this playoff but worth remembering these teams got nasty.

This Playoff Series: Should be a great series with two teams that absolutely hate each other. As good as a match up as you're gonna get. Two really rock solid teams depth wise, but I've got the Bruins in 7. 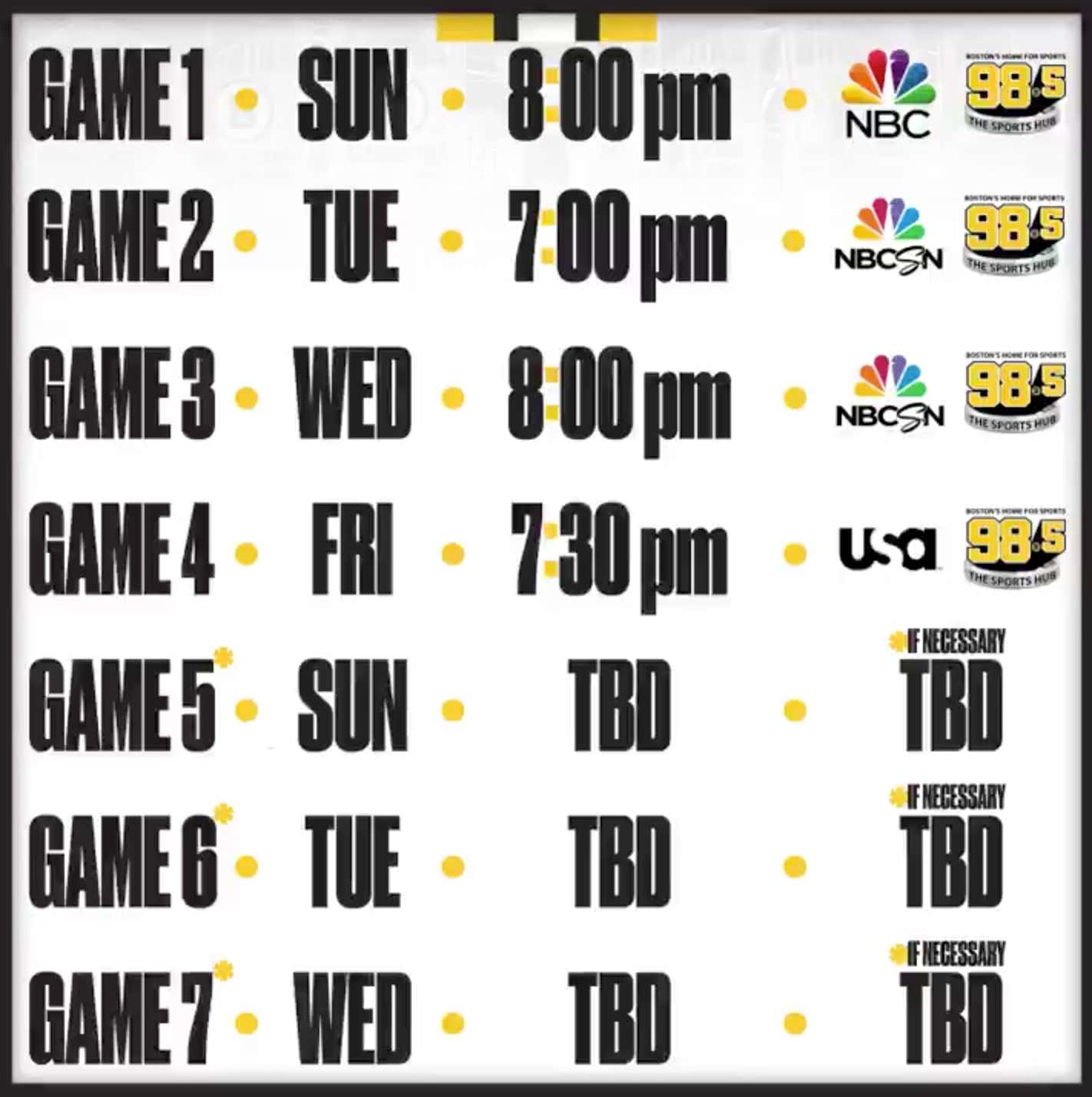 I know there is no travel but why the fuck do we have two sets of potential back to backs?! Obviously B's would have had the luxury of Halak potentially playing in one of those if it came to it, but with Rask's departure they are in a tough spot. Halak is gonna have to go the distance. Dan Vladar has a whopping 0 games of experience in the NHL. If he's playing, the Bruins are not in a good spot. Would be huge if the B's to got off on the right foot tonight. 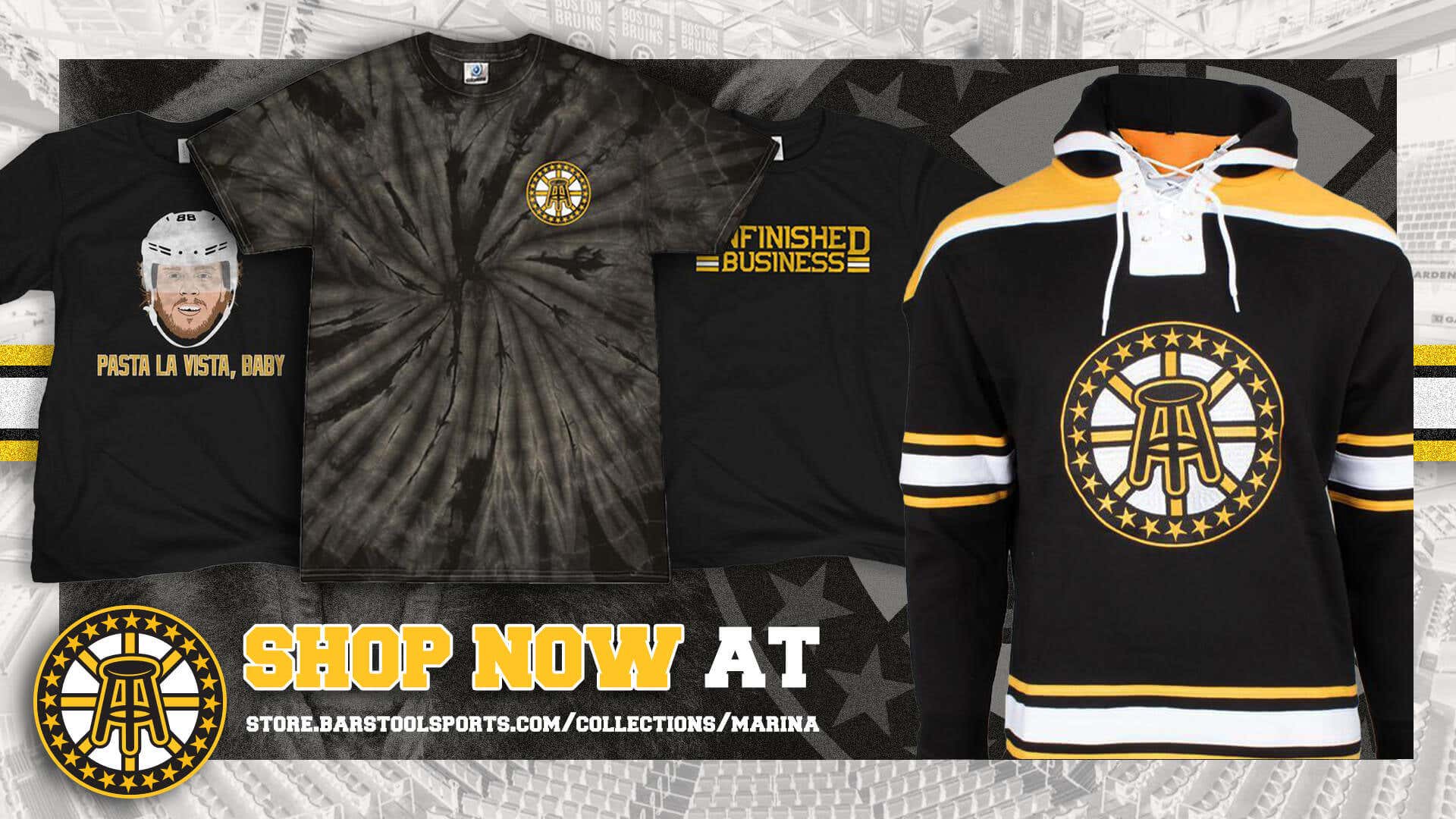