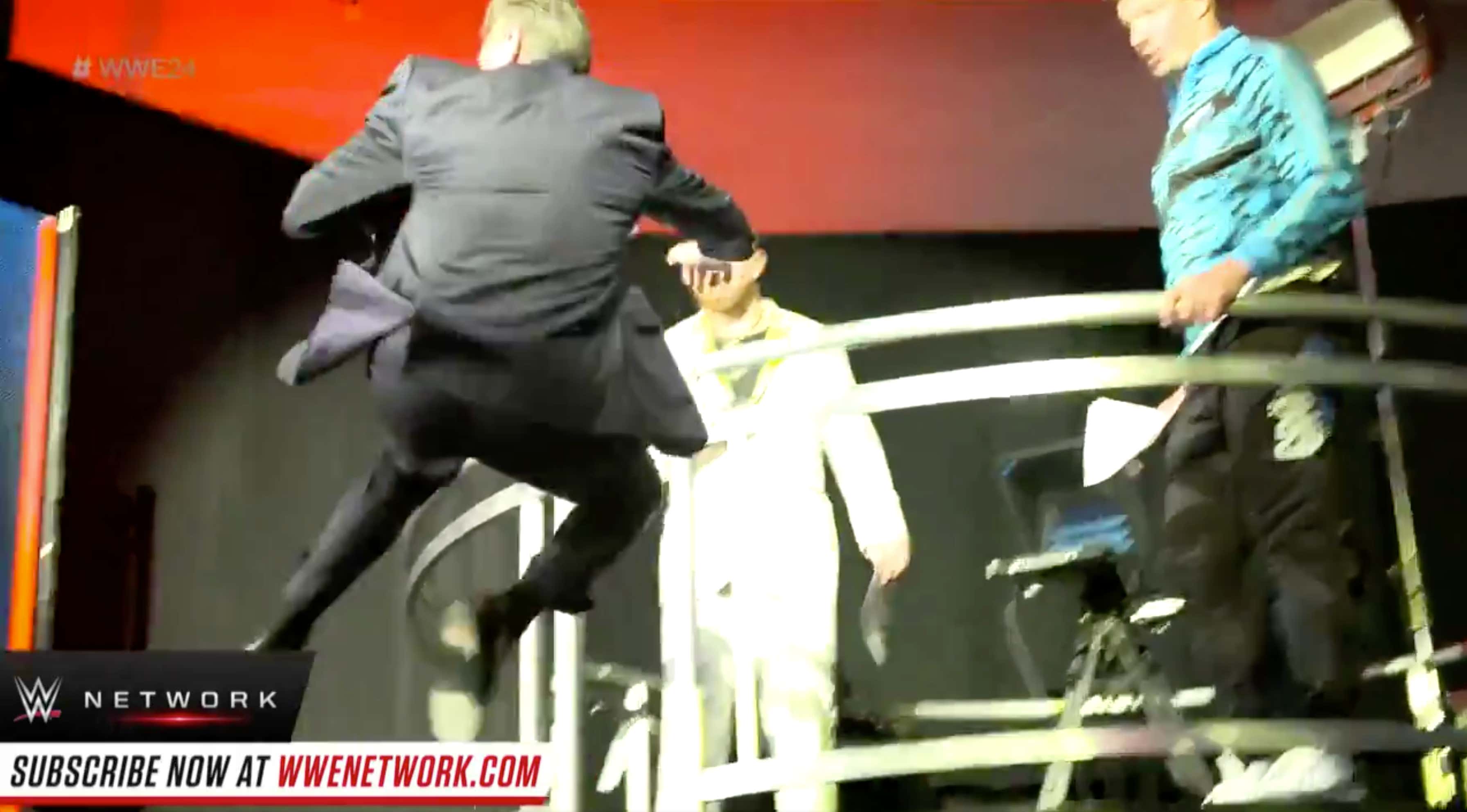 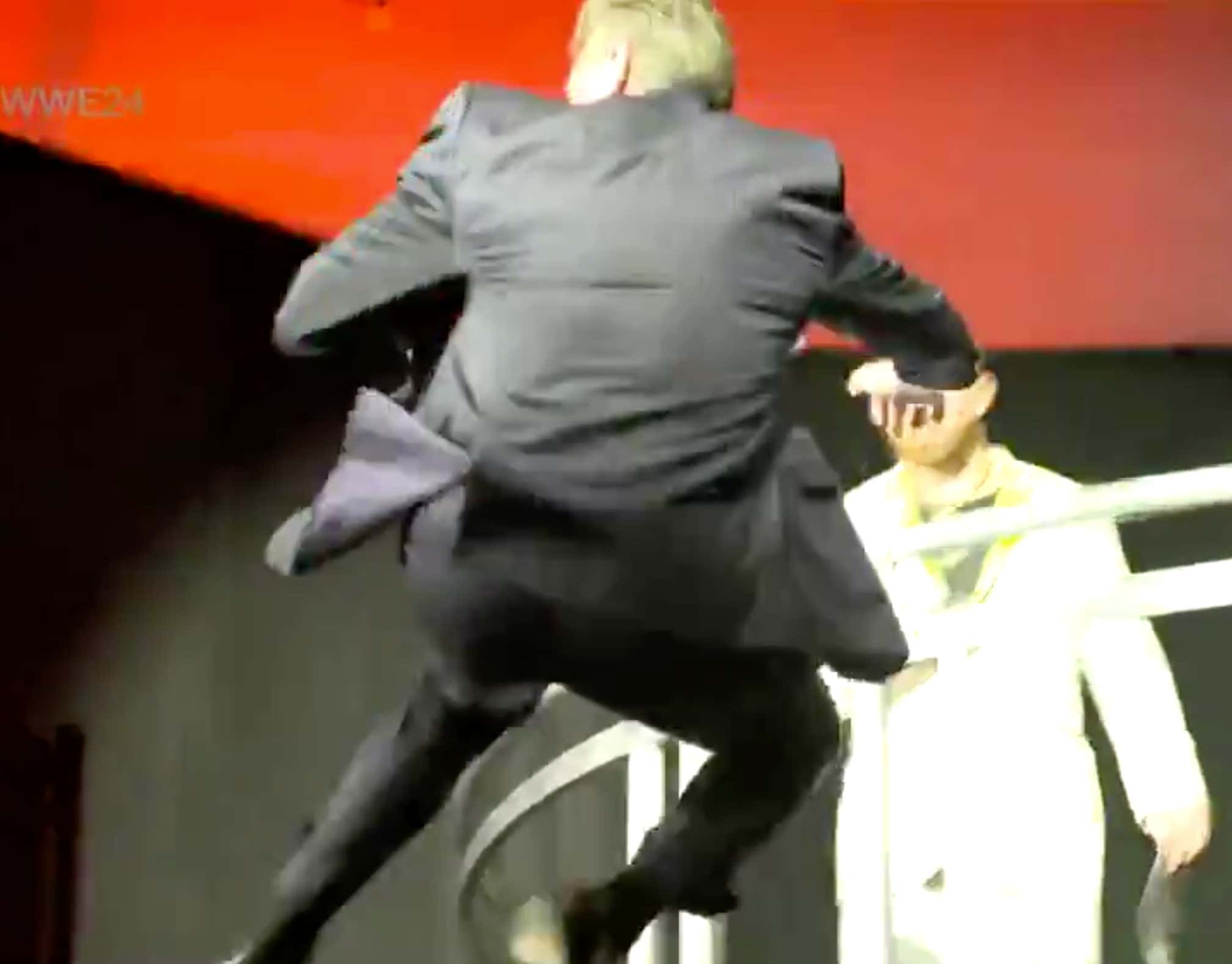 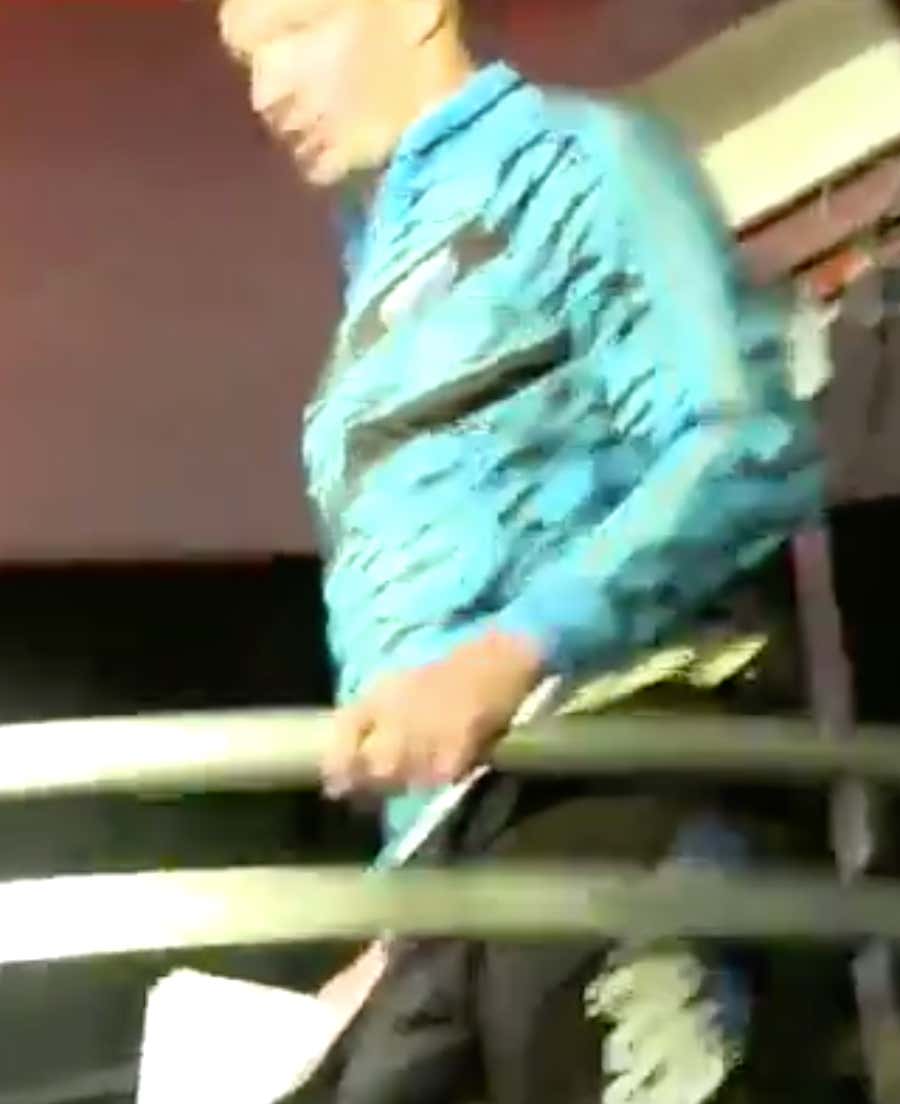 Holy shit! That crazy sumbitch just went for it!

We first heard this story months and months ago, I believe back in May from Fightful, that Vince McMahon performed former WWE 24/7 Champion Rob Gronkowski's dive at WrestleMania when he was afraid to do it, to show him that he had nothing to be worried about. After all, Vince has always claimed he'd never ask one of his employees to do anything he wouldn't do himself. I just don't think anybody realized that rule was still in play!

Oh, and Vince aside - seeing an old dude just launch their body into the air like that, throwing caution to the wind with no hesitation - GOD, that's funny. Thank god he was fine after that. Little did Vince know, Gronk probably just didn't wanna get hurt for the upcoming Bucs season.