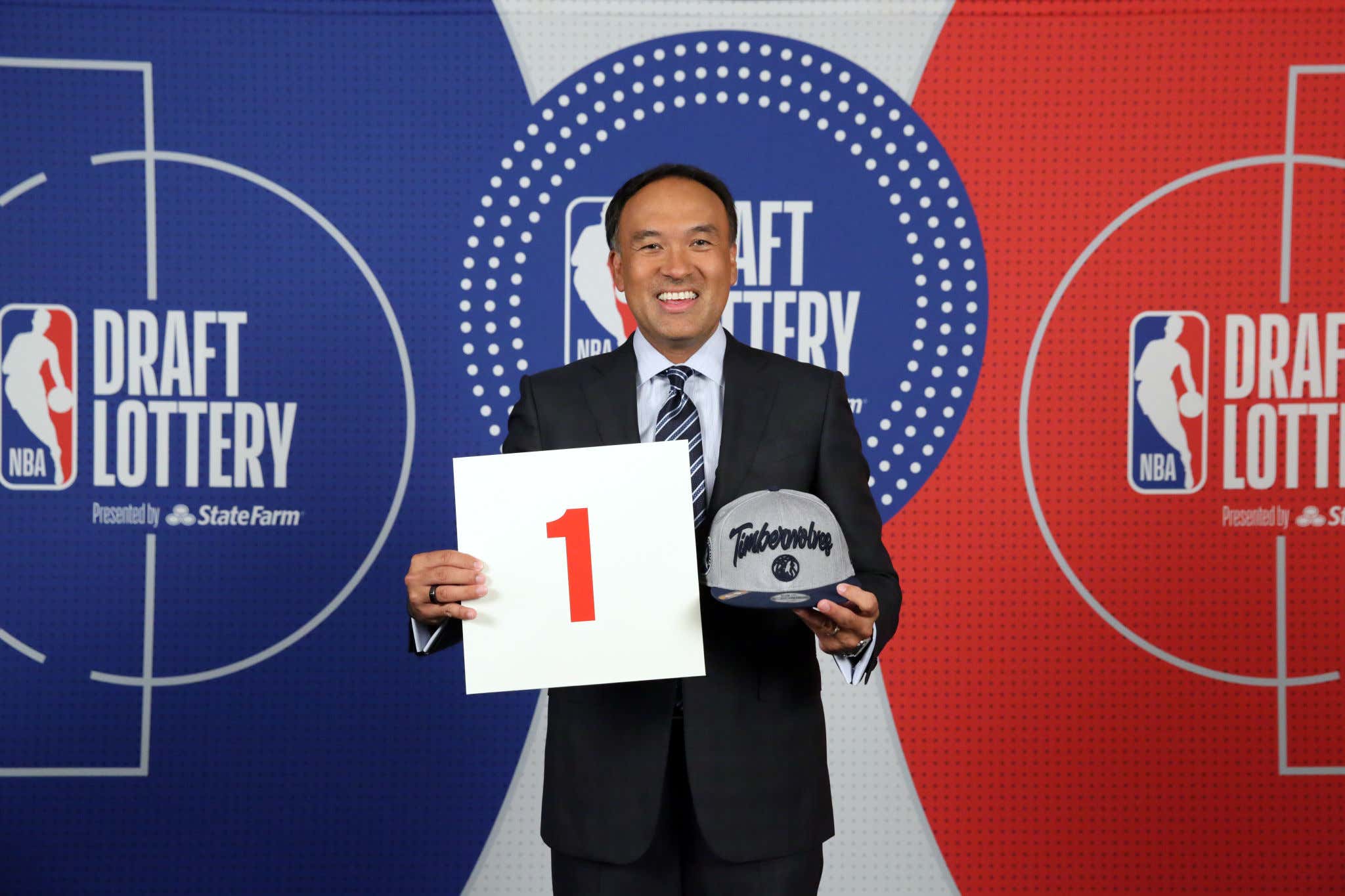 I don't care what the league tries to tell us, I will go to my grave believing that when it comes to the NBA Lottery, shady shit goes down. There's too much evidence out there to suggest it doesn't. I'm not even talking about conspiracies or anything like that. I'm talking about things that actually happened. I'll keep this to the most recent drafts, let's say starting back in 2008

- LeBron leaves CLE in 2010, the Cavs own the Clippers pick which has a 2.8% chance of landing #1 due to the Baron Davis trade in the 2011 Lottery. Cavs win the Lottery with that Clippers pick, select Kyrie Irving. This was the start of 3 lottery wins in 4 years.

- In 2012 the Hornets are recently sold to new owner Tom Benson. They had a 13% chance at the #1 pick, tied for the 3rd best odds. We're to believe it was just a coincidence that the team with a brand new owner somehow just so happened to land the #1 pick and a franchise player? Ok.

- In 2019 the Pelicans had to trade that franchise player they selected in 2012. Maybe you heard about that. He forced his way out of NO early and the team was screwed. The Pelicans had just a 6% chance of winning the Zion sweepstakes. So what happened? Somehow, again just by "luck" they won the lottery. I'm sure there was nothing shady about that with one of the small markets losing their franchise guy to the big bad Lakers. Sure.

Which brings me to last night and the Timberwolves. As we know, this team is up for sale. My hope is it goes to KG, but either way we're going to have a new owner of this franchise. It should be stated that the Wolves were terrible finishing with the 3rd worst record in the league, and due to the new lottery format they had the same odds as both the Cavs and Warriors. Given the history we've seen in the Lottery, we're to believe that things weren't once again messed with to get this new owner the #1 pick?

There's just no way you can convince me this wasn't shady. I don't care what the league tells me. There seems to be a trend when it comes to the Lottery. If you have a star player that bolts, you get rewarded. If you have a franchise with a new owner, you get rewarded. I'm happy for the Wolves because it gives KG a legit piece to help fix things in Minnesota, but I can't help but laugh that the one team that wins the #1 pick of the three that all had the same odds is the one with a new owner coming. We're all supposed to believe that's just how the cookie crumbled. Personally I think they should trade the pick for some proven NBA talent. You have a player in KAT who needs to win right this second. If they don't make the playoffs and make real progress, that's a potential headache waiting to happen.

This is why if I'm the Knicks, you have to find a way to get rid of James  Dolan. There are a billion reasons to do that but high on the list should be to finally change their Lottery luck. They don't have the star player bolting that would normally secure the #1 pick, so the change in ownership is the only way to guarantee it. Think about it. The Knicks have a brand new owner coming in, in the largest market in the league, and we DON'T think the NBA would fix it for them? It's a no brainer decision. That's what would infuriate me as a Knicks fan. James Dolan being a stubborn asshole and refusing to accept BILLIONS for the Knicks is most likely the one thing truly holding them back from landing a potential savior. I would be doing everything in my power to do it by the 2021 draft that is supposed to be loaded. At the very least align it with whenever Emoni Bates is entering the draft.

I'm just happy that even with David Stern watching down from heaven, we're still getting our usual shady lottery shenanigans. The league wanted to get rid of tanking with their new percentages split, but to me that was all just a distraction. Things are still very much being meddled with and probably will be the next time a star bolts or a team goes up for sale. You just better hope it happens to your favorite team in a year where there is a generational talent to be had.