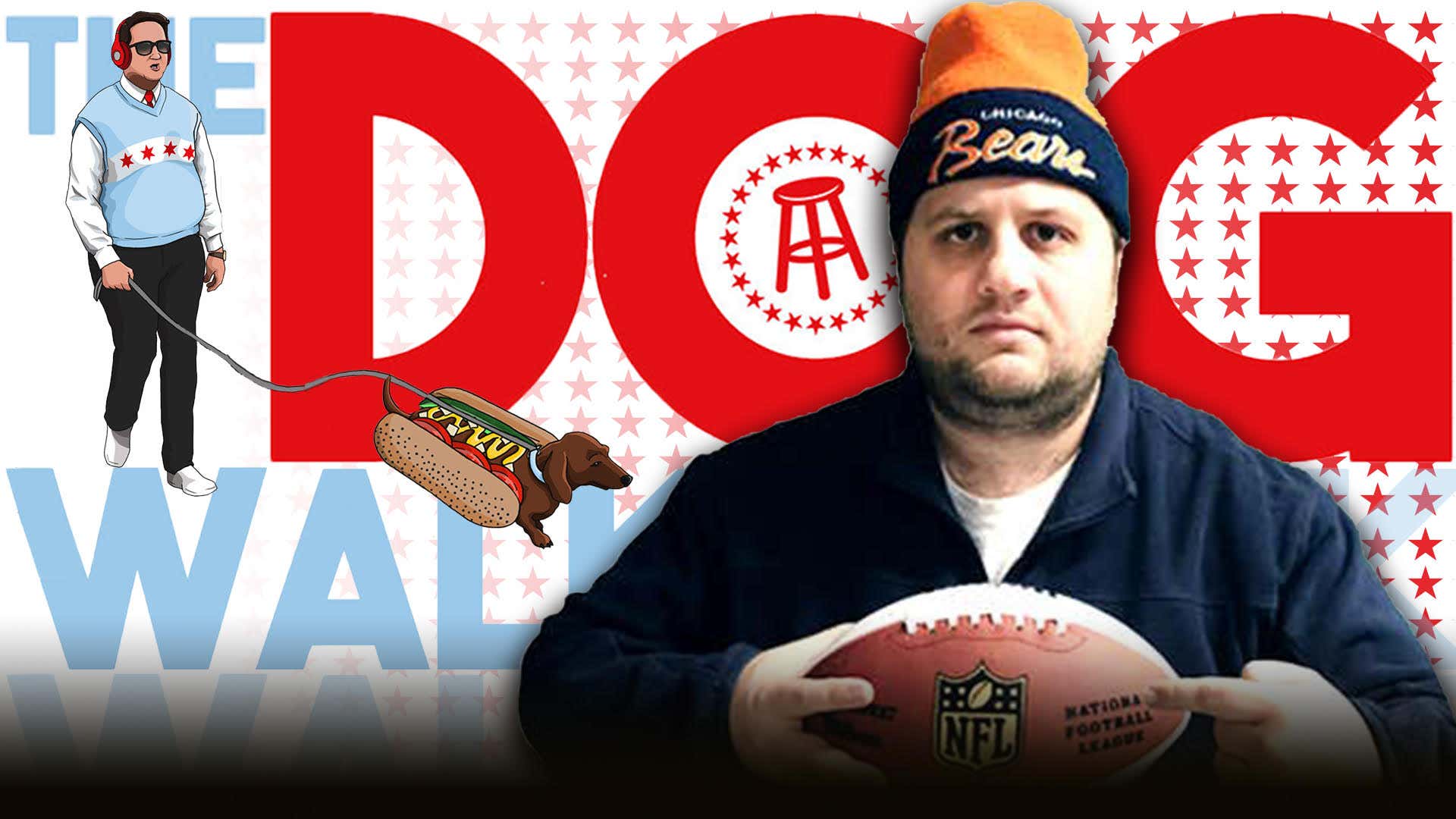 So today we're starting Barstool Chicago Radio on Sirius and we're humming right along, just as we do every day. We started talking about whatever the fuck we were talking about, and then Eddie all of a sudden dropped a bomb shell on us. Unfortunately we don't have the entire clip, as it was a solid 25 minute story, but Eddie - our lovable, affable Eddie - nonchalantly says, "oh yeah you guys know this story but I was a DJ at a strip club for a week back in college"

Eddie quarterbacks our Sirius show and brushed the entire statement off like it was no big deal at all before moving onto another subject. In unison myself, Carl and Chief immediately yelled, "WOAH WOAH WOAH" before demanding he tell us the entire story.

Most of what I said above is true. I'll let you listen to find out what is and what isn't. I was honestly a little pissed off that it took him 6 months into our radio show to tell us this story. Best part is that there was nothing at all he could have embellished. Nothing whatsoever. The best improv comedian on the planet couldn't have come up with some of this shit off the cuff like Ed did.

Unfortunately we don't have the full clip, but here's a teaser:

It was honestly the most absurd story I've ever heard him tell, and I've heard him tell a lot of absurd stories. Chief said it best; the kid is just a treasure chest full of absurd moments and with his thick ass accent and way with words, one of the best story tellers I know. I wish like hell I could provide the video of the entire segment, but I can't because we didn't film the whole thing. Trust me, you'll want to listen to it though. Go to Sirius and download the show. Not even really sure how to do that, but here's the link to Barstool's Sirius page that you can navigate through to listen:

This honestly isn't me using Ed's story as a segue to Sirius subscriptions. I wouldn't be writing this blog unless I didn't think it was that wild. Our mentions on Twitter were POPPING OFF after it saying how hilarious/insane the whole thing was. Just heed my advice and listen to it when you have a chance. You'll laugh, you'll cry, and you'll be sickened to your core.