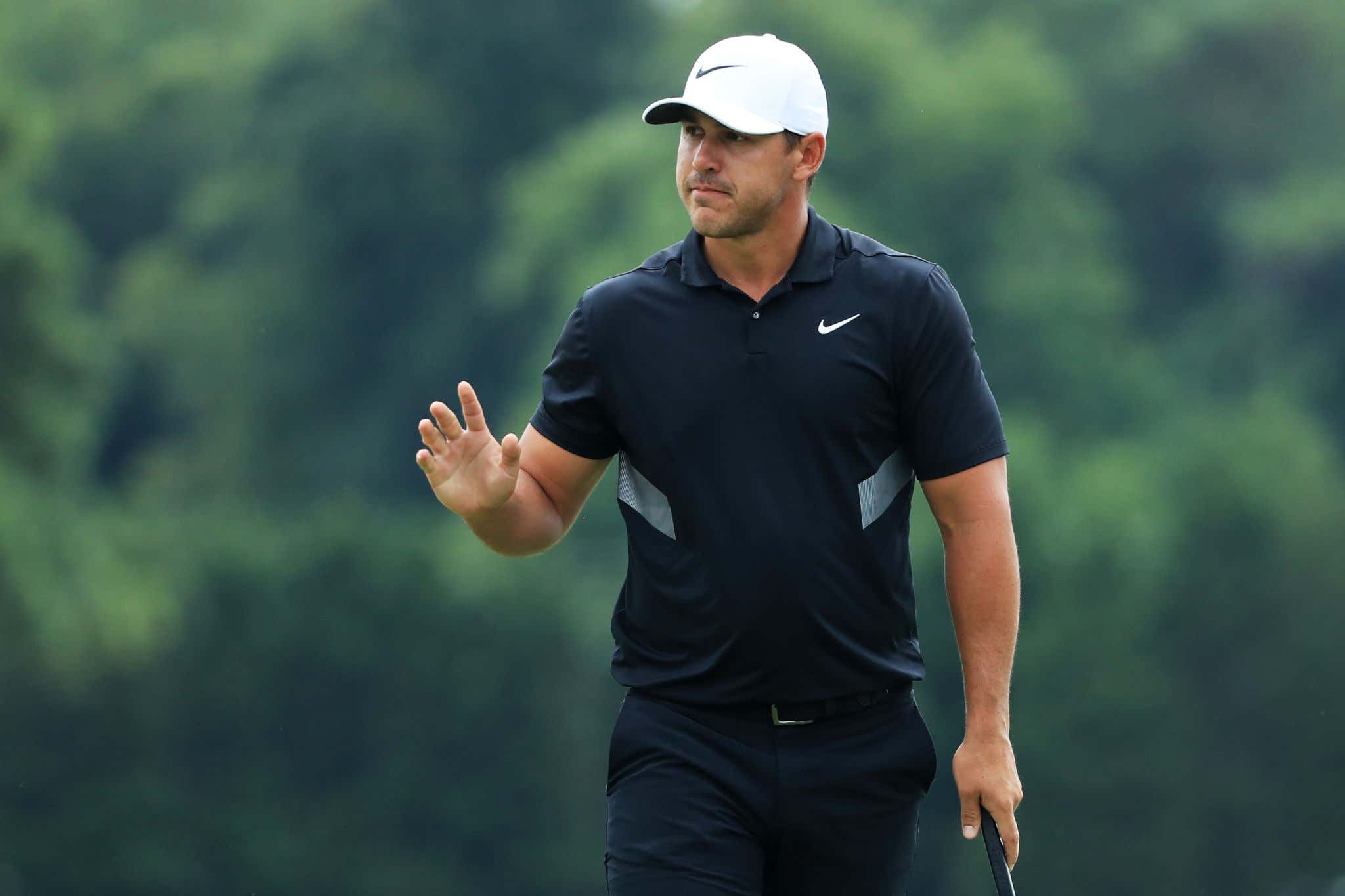 NORTON, Mass. — Brooks Koepka ended a forgettable season Wednesday when he withdrew from The Northern Trust with what he described as nagging hip and knee injuries. Koepka was No. 97 in the FedEx Cup standings. He would have needed a good week at the TPC Boston to reach the top 70 and advance in the PGA Tour’s postseason. Koepka started the year ranked No. 1 the world, but he has not won in more than a year. He missed three months at the end of last year with a knee injury he suffered in South Korea, and then he didn’t play for three months when golf shut down because of the coronavirus pandemic. And when he did play, he didn’t play up to his standards. His best chance at winning was two weeks ago at the PGA Championship. Even there, he was getting treatment on his hip. He faded badly in the final round and was never a factor.

Well shit. That really sucks. No Brooks Koepka for the Northern Trust this weekend in Boston and therefore no Brooks Koepka for the remainder of the FedExPlayoffs. A bummer for sure but not the most surprising news. Brooks has made multiple references recently to the lingering knee injury that first popped up in South Korea last October when he slipped on wet concrete. A very strange and unfortunate injury that's clearly still an issue 8 months later.

It's a real shame because, against all odds, Brooks has become one of the most polarizing guys in all of golf. Can you imagine saying that about Brooks 5 years ago? You absolutely could not. Brooks was the strong silent type until he won a bunch of majors, decided he had earned his place in the sport and then started letting it fly at every opportunity. It's been fantastic to watch. We saw it on display just a couple weeks ago on the Saturday of the PGA Championship where he smack talked pretty much everybody at the top of the leaderboard. The only person who's more polarizing in golf right now is Brooks' best friend Bryson. Long story short, things are less interesting when Brooks isn't around so it sucks he had to withdraw from the playoffs.

Here's to hoping he's ready to go by the time the US Open rolls around next month.