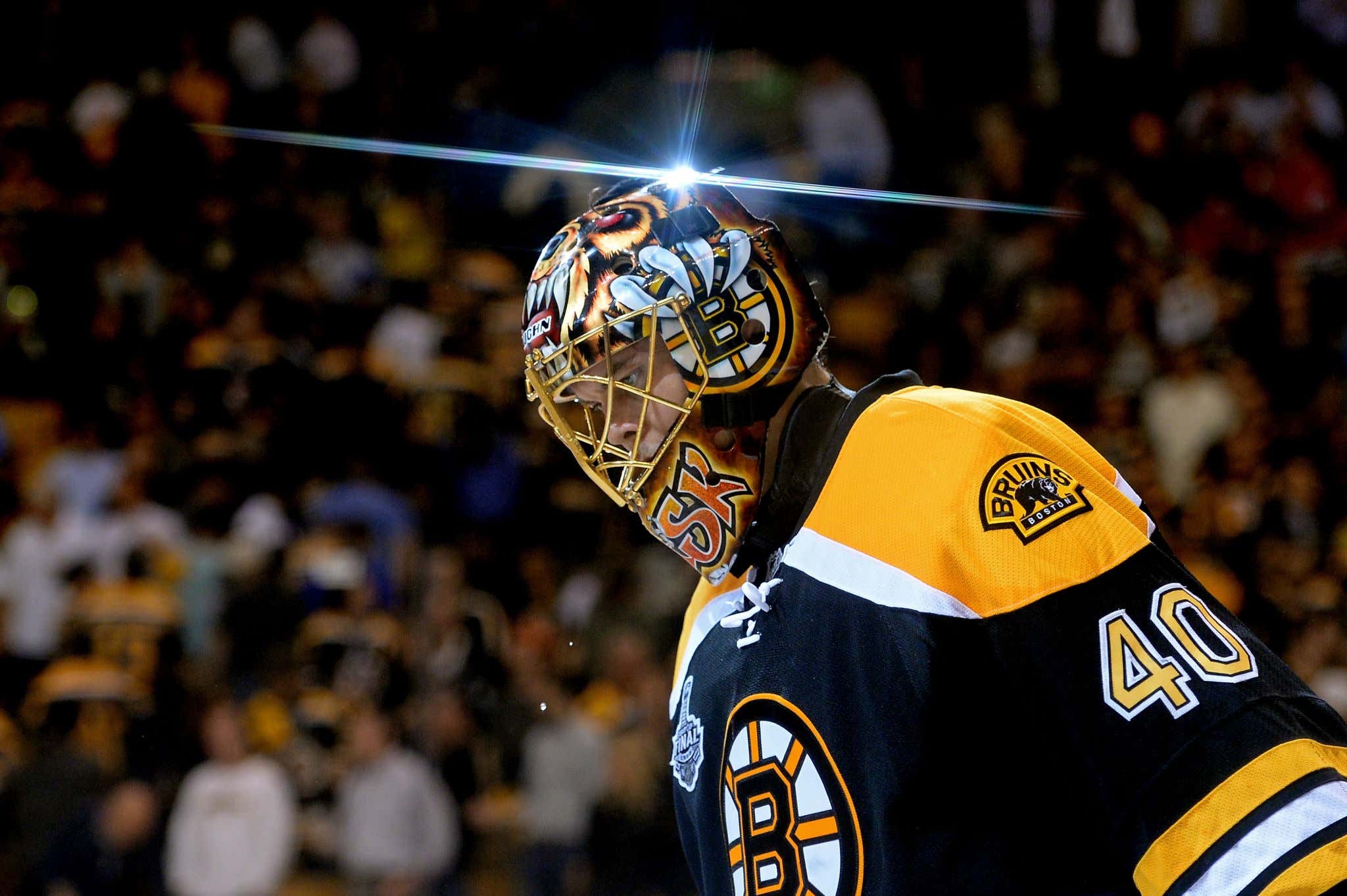 It goes without saying that from the moment the Bruins announced Tuukka Rask was opting out of the playoffs within hours of the puck dropping for Game 3, the speculation has been off the charts. I'm nobody's idea of someone who covers hockey, and yet even my phone was blowing up with wild rumors. Some of them from friends of mine who have friends who are friends of Rask, people who live in his neighborhood, people who claim to know people on his local police department. None of which I'll repeat because reckless irresponsibility is not my personal jam. But with an hour I had enough conspiracy theories for an Oliver Stone production.

And the conspiracies hit a new level  when the word went around that Rask went golfing yesterday:

Predictably, things got ugly on the socials and the sports radios, whether or not the report was true. Because those two media were not invented to ever let the truth get in the way of a good story.

Of course the one person who could clear this up is Tuukka himself. And taking one talk show host at his word, Rask has attempted to do just that.

Source - In a pair of phone conversations with WEEI's Greg Hill on Tuesday, Rask shared more details about what happened, and Hill relayed the contents of their conversations Wednesday morning on The Greg Hill Show. (Listen to the full segment here or watch the video above.)

"He is concerned right now with not being a further distraction for his team, which is in the middle of the Stanley Cup Playoffs," Hill said. "He would prefer not to be the story and be something those guys are asked about repeatedly as they try to win a Stanley Cup.

"I can tell you that he got a phone call in the bubble from his wife, because there was a medical emergency with their daughter. Basically the kind of situation where I believe Tuukka Rask did what every parent would do and was obviously very concerned. It was suggested they seek medical help. Without revealing what that was, because I think I probably should leave that to him -- he did tell me -- as a father of two kids, I would be panicked and alarmed upon hearing that about a young kid.

"Again, without necessarily revealing what he would not want me to reveal, he did speak to his daughter and his daughter did express something to him about where he was and what her situation was, which I think would lead any father, any parent, especially one who feels like that's their most important job, parenting, to want to rush to be with their family at that time. Personally, I can't imagine being away from your family, away from your young kids, hearing your daughter say what she said, and not being panicked. …"

Hill said Rask didn't say if he had any plans to return to the Bruins later in the postseason, noting he would probably have to have that conversation with general manager Don Sweeney and team president Cam Neely before making a decision.

And that is where we stand at the moment. That's all we've heard Rask say, and it's through a third party, so you take it how you will. Judging by Twitter and the sad, antisocial homunculi who wait on hold to talk for 20 seconds before getting interrupted by sports radio hosts, the reaction to Rask's opt out has been largely hostile, and not many of them are not into giving him the benefit of the doubt. In fact, a lot of them are no less angry and feel just as betrayed as they did Saturday when the announcement was made.

Personally I don't get it. A man whose greatest sin is leaving his team in the middle of a playoff series his wife called in a panic about their daughter's medical emergency and that daughter tells him some unspecified thing that unnerved him to the point he had to rush home to help, I don't understand how anyone can question that. Unless you think an athlete owes it to you to tell his wife and child to suck it up because you've had season tickets or watch all the games. In which instance you are a true closet case and it's you that has to suck it up. Or just demand your team win without him. Just like you would if it was Rask who had the medical emergency and not his little girl.

I just think it's bizarre that anyone would still question Rask given these circumstances. You either think he's lying or that he needed to stay in the bubble regardless, and I don't know which is worse. I'm just trying to figure out why you wouldn't just take it as face value and wish the Rasks the best. I suppose it's what sociologists call Identity Protective Cognition, or "The Backfire Effect." It basically means that when an idea is such a part of your identity that you reject it even when it's been shown to be false, because believing it will change who you are. So if you're Charlie in the Car and the call screener says "CALLS RASK A COWARD WHO LET HIS TEAM DOWN," it's impossible to admit you were wrong and he dis what anyone would do under the circumstances.

Maybe I'm out of my depth here, playing amateur psychologist who thinks he understands the Bruins fans who are on the far fringe here. But to some extent, I've lived this. I had a coworker back in the day that I really got along with. We had a lot of common interests and he introduced me to some TV shows I'd never seen before and I appreciated the guy's workfriendship. So one day he was a no show. The bosses never got a call saying he wouldn't be in. He simply wasn't there when he was supposed to. And people - including supervisors - proceeded to badmouth him and say they knew he'd pull this and assigning all sorts of nefarious motivations to him. I stuck up for him, because it was so out of character. The next day he was back. Explaining in great detail the trip to the emergency room he took with his 3-year-old who was running through the kitchen, slipped and fell on the open dishwasher door and had his abdomen punctured. The fact that no one who had dumped on him the day before admitted how infinitely wrong they were taught me everything I needed to know about that place. And not long thereafter I was giving my two weeks. The point being that sometimes is better to give another human being (who owes you nothing) the benefit of the doubt than it is to call them quitters and liars. Regardless of whether you're right or wrong in the end.