***DOWNLOAD the PlayBarstool App right now! Free chance to win $500 during every broadcast!***

After an electric Ping Pong broadcast yesterday (which you can watch in its entirety right here), Stool Streams is running it back with some more Jenga tomorrow. Nine of tomorrow's 12 participants are making their debut inside the Triple S (Stool Streams Stadium), but that makes it so much more exciting. We really have no idea what can happen.

Stoolie "daddymack" was the lone winner of our $500 progressive jackpot on Monday. Will it be you tomorrow? There's no other way to get in on the action than downloading the PlayBarstool App NOW to fill out your picks. Let's dive into the schedule for our 2 PM broadcast:

Storylines to Know: This match has revenge written all over it. Feits and Kayce have a bone to pick with Vibbs after he had them eat the "World's Hottest Gummy Bear" on Lowering the Bar. There is no better place to get revenge than on the Jenga tower.

Quotes to Remember: "I've played a lot of giant Jenga, and I'm really bad at it. I have fat, fucking fingers." - Feitelberg

"Vibbs and I have sneaky chemistry. I've been drunk 10 times in my life. One of those times was with Vibbs on Bourbon Street on Wrestlemania Eve." - Robbie Fox

Analysis: We're going to call this the "Match of Friendship." Both pairs are quite familiar with their respective teammates, so it will be a matter of who cracks first to determine who has the edge. 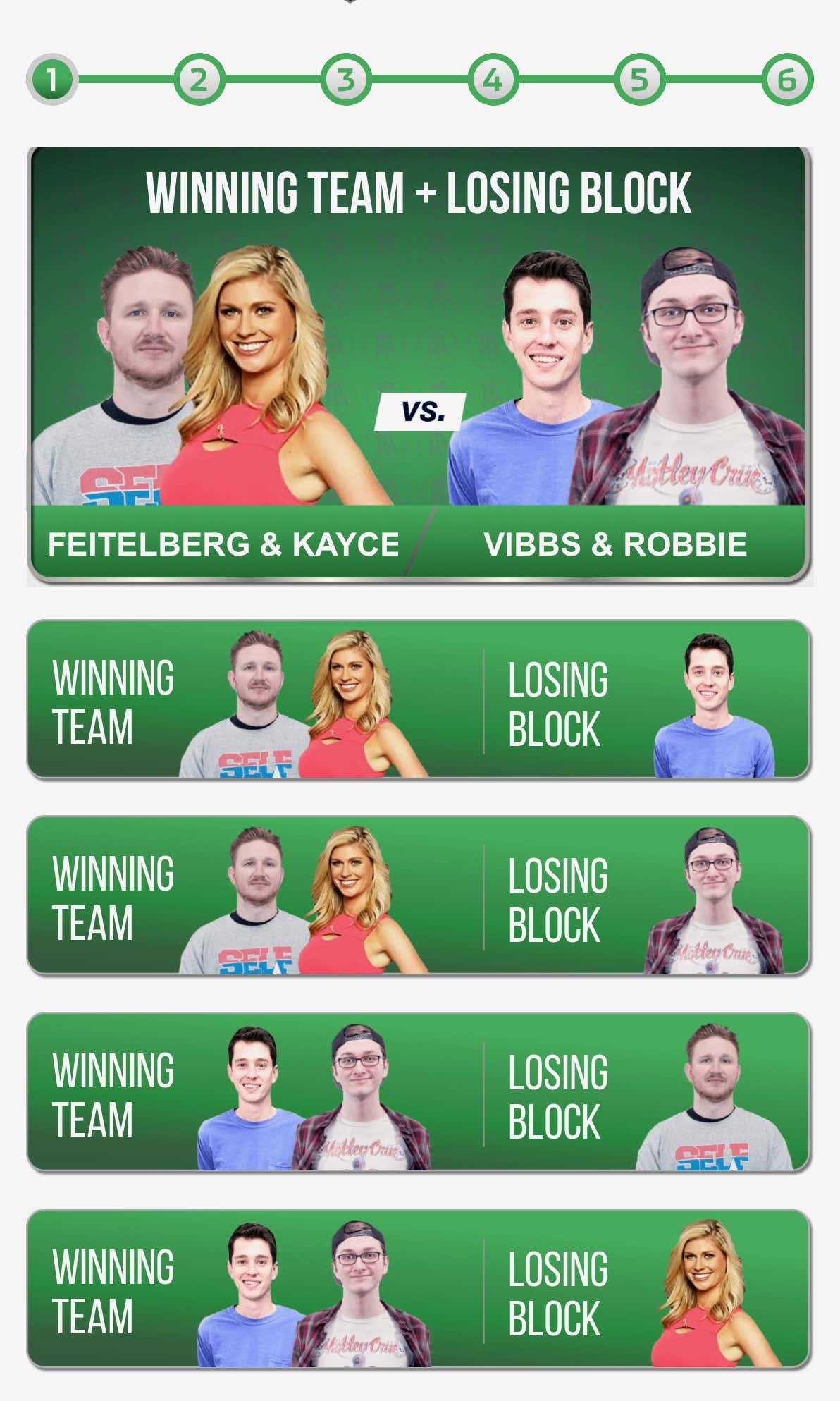 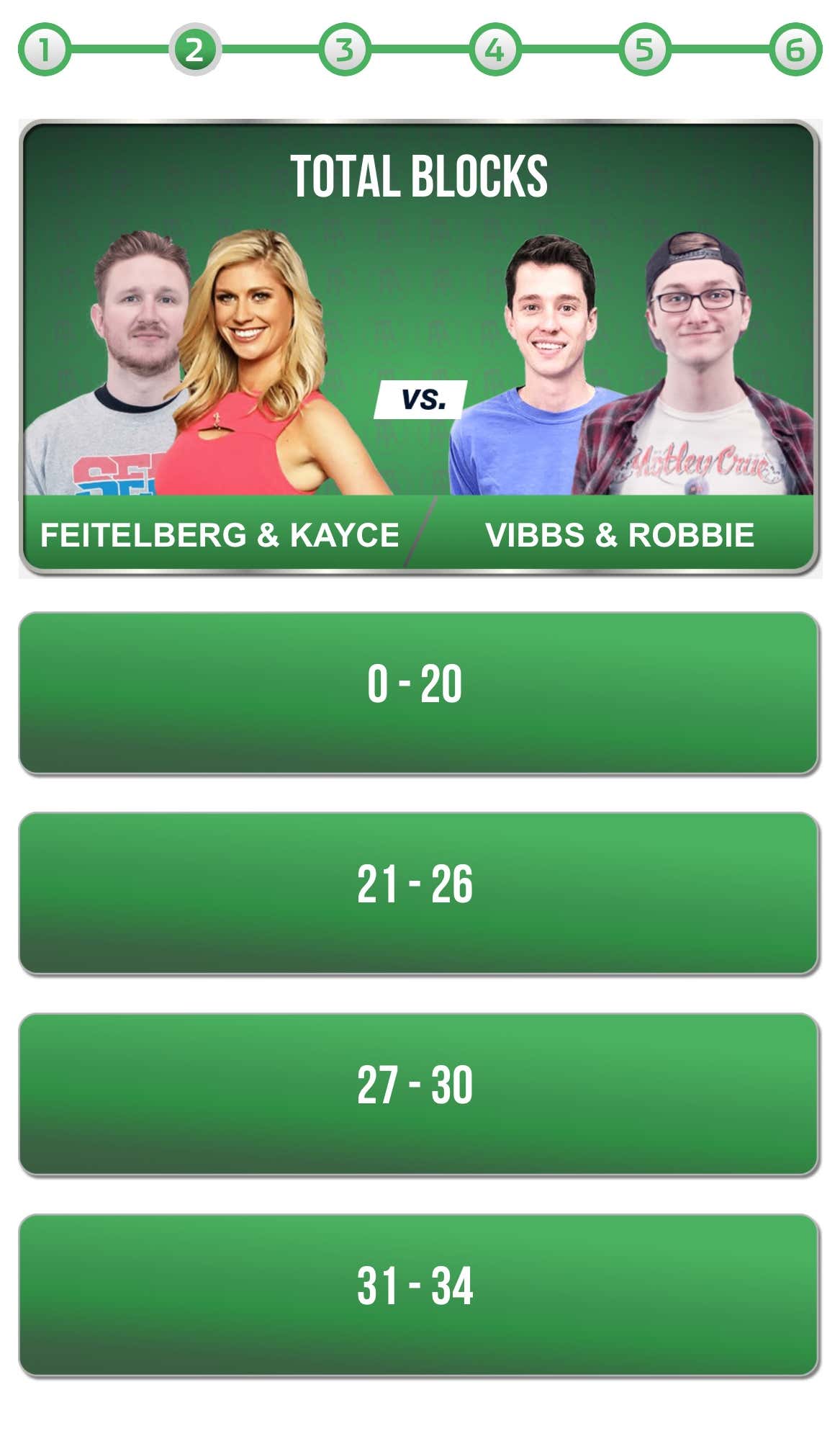 History: Brandon is 0-1 all-time after pulling the losing block in last week's debut.

Storylines to Know: Tension. Expect a lot of tension in this one. Nate & Smitty have a rivalry going back to 2014 with countless examples of hatred between the two

Quotes to Remember: "We will defeat them by not only being the better team, but the better men." - Smitty

"I can't think of another person that I am more different from than Nate." - Brandon

Analysis: Team chemistry could be an issue in many different forms here. Glenny and Smitty have their Hooliganz teammate experience, while Brandon and Nate have never worked together. 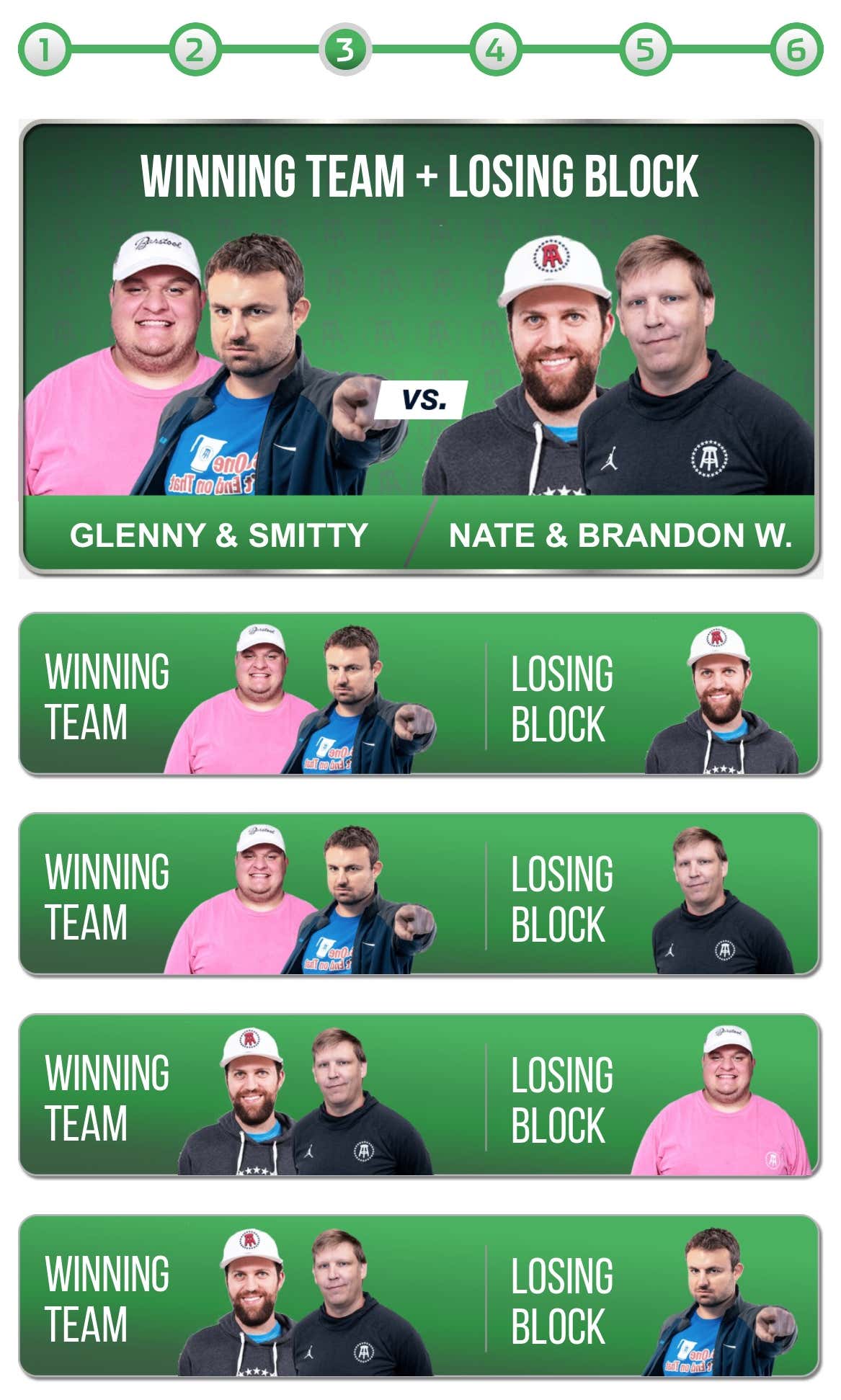 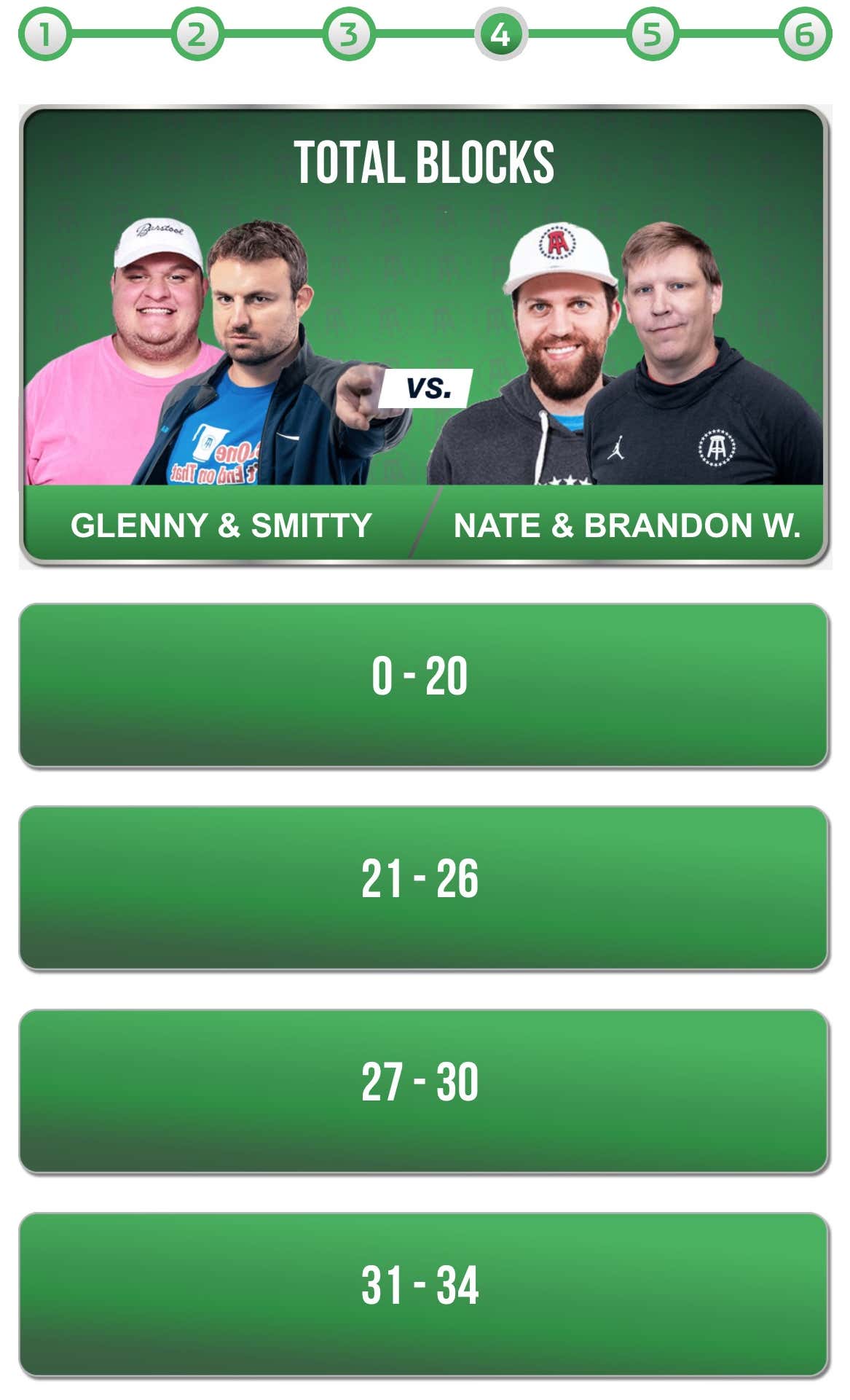 Storylines to Know: Veterans vs. Newbies. Mr. Cat and Mr. Commenter each have plenty of experience on the Jenga tower, while Liz and Tommy have spent hours of time on radio together disagreeing about hot takes.

Quotes to Remember: "I'm glad to see Big Cat and PFT finally getting involved in something. Big Cat and I have this uncle/nephew relationship. I'm not going to let him faze me." - Tommy Smokes

"The team we're about to play has the most slender, feminine, small neck, delicate, player in the history of Jenga, and also has Liz." - PFT Commenter

Analysis: This one will all come down to the mental game of Tommy Smokes. He knows that Mr. Cat and Mr. Commenter will try to get him out of his groove, but it's up to him to ensure that doesn't get the best of him. 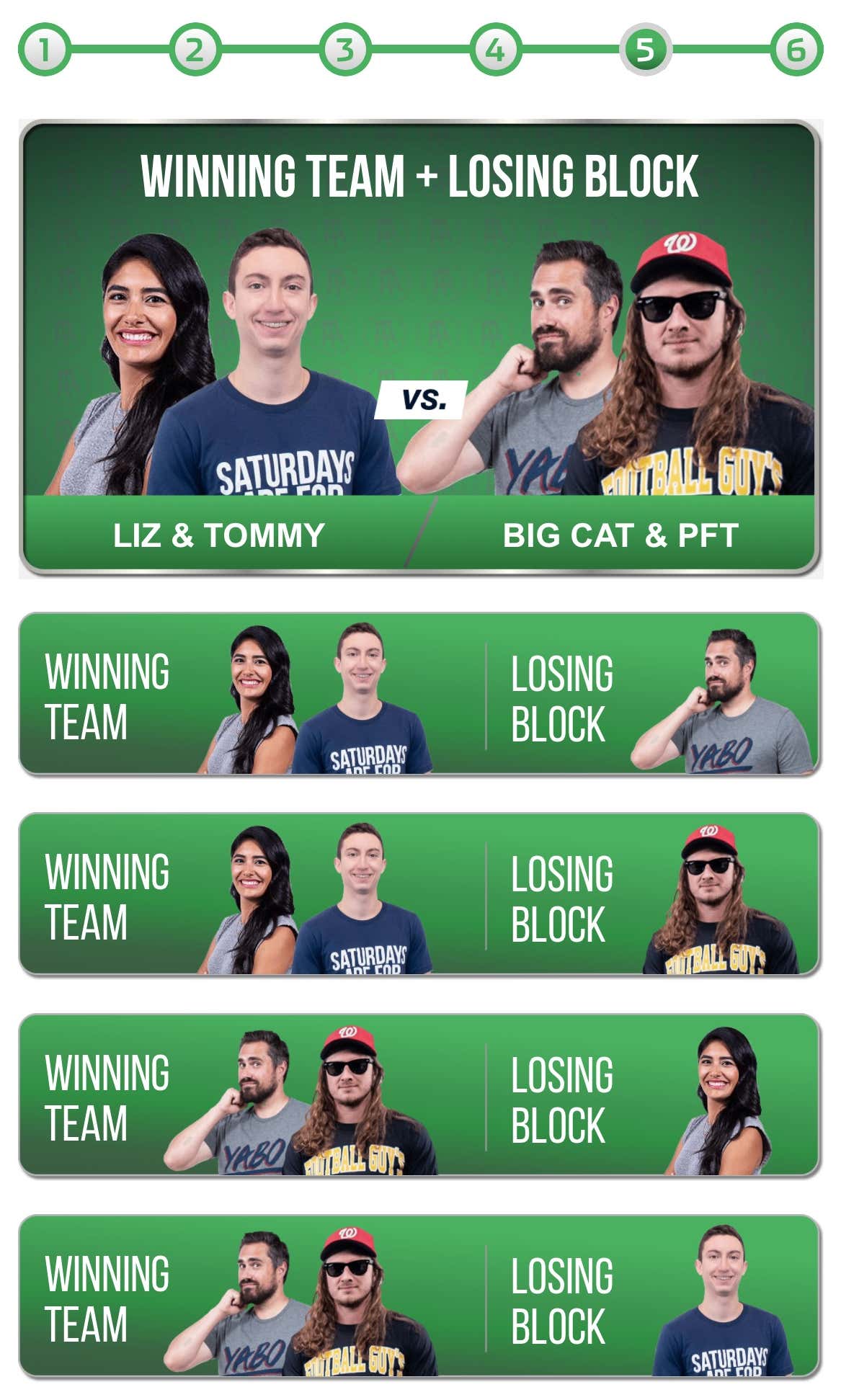 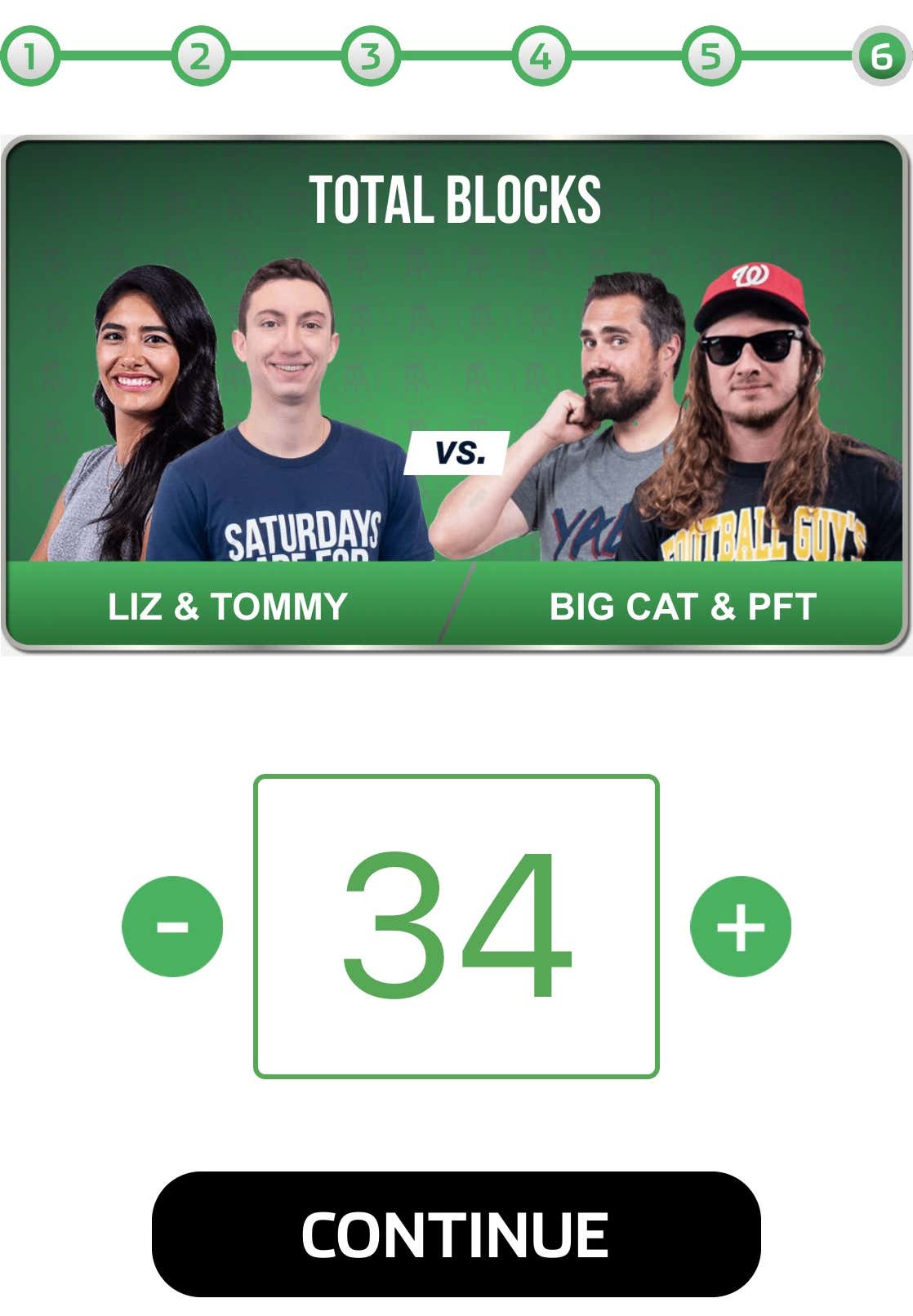 Lastly, here is the order that each participant will be pulling the blocks in. Make sure your answer in Question 6 corresponds with your Question 5 response. 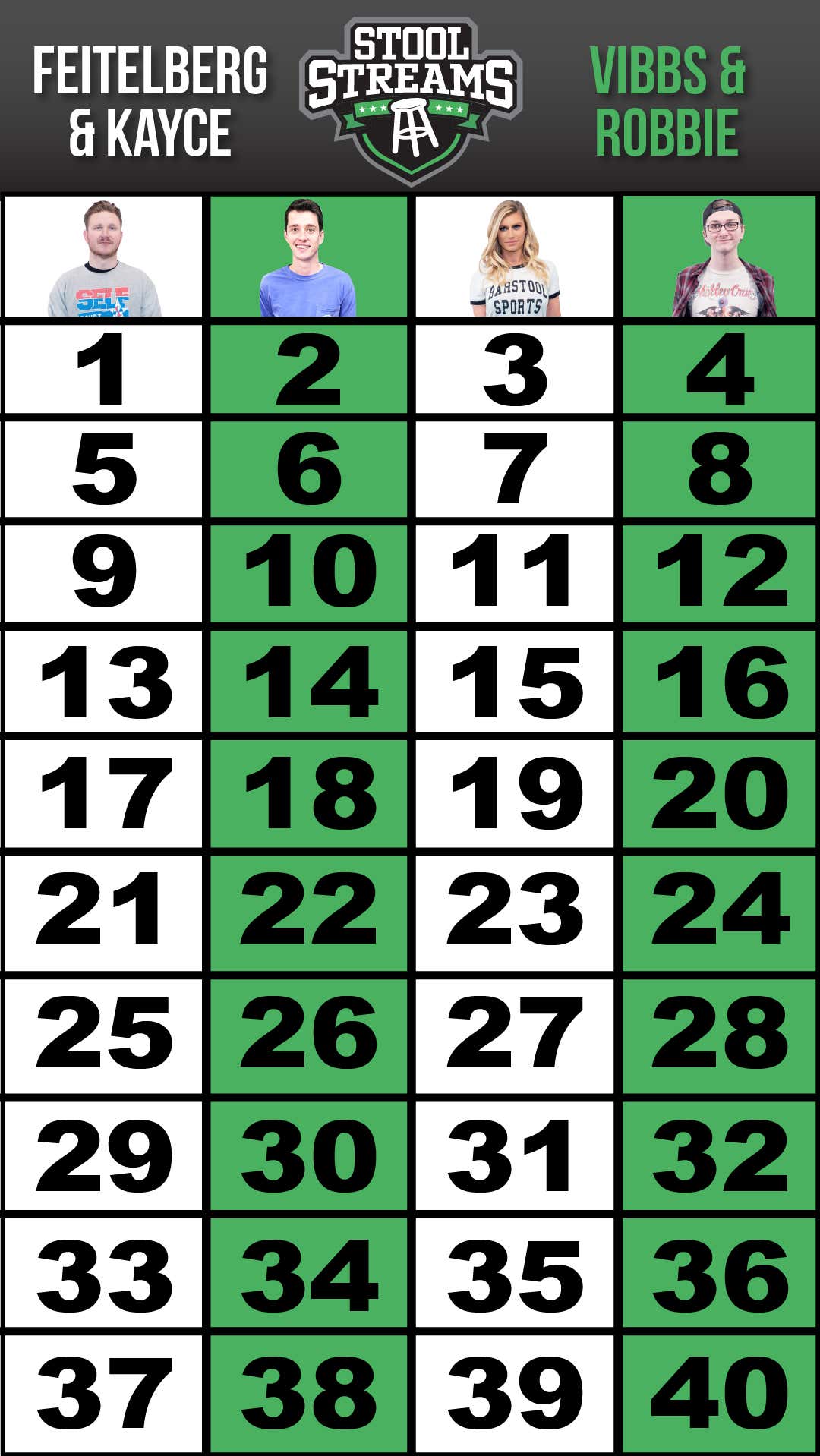 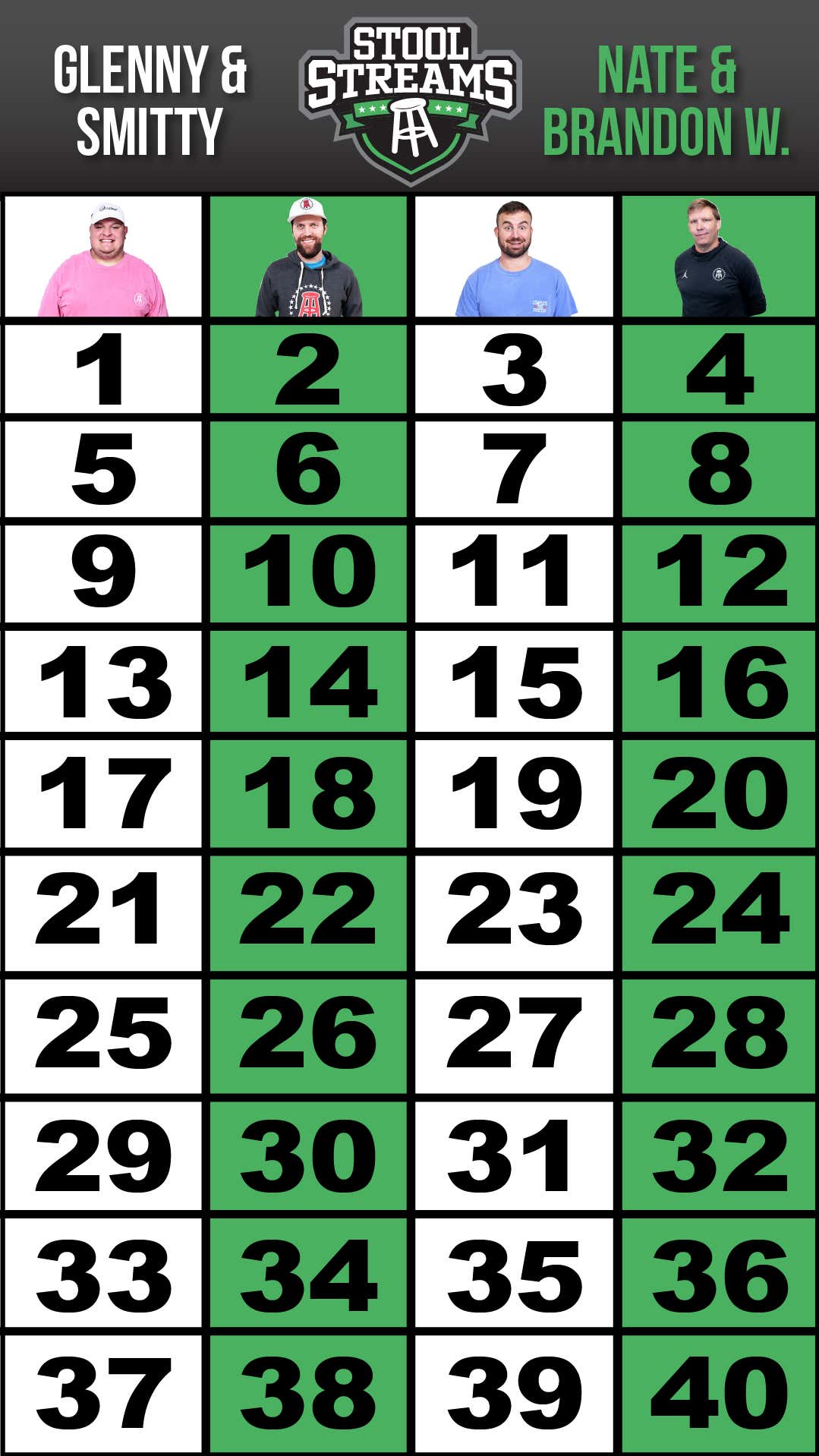 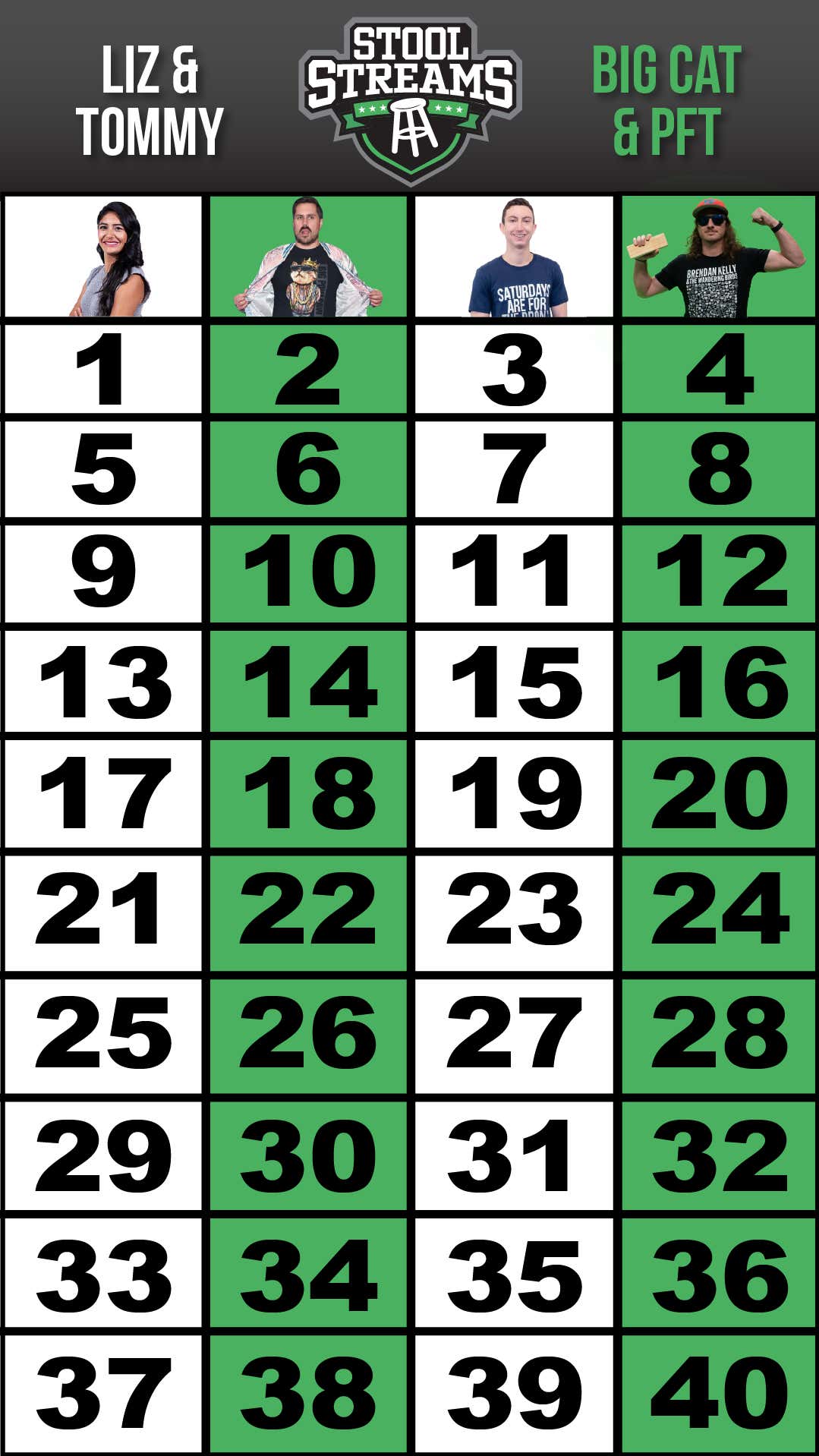 Let us know if you have any questions. Looking forward to the broadcast and we will see you at 2 PM tomorrow here on the site, Twitter, and YouTube.