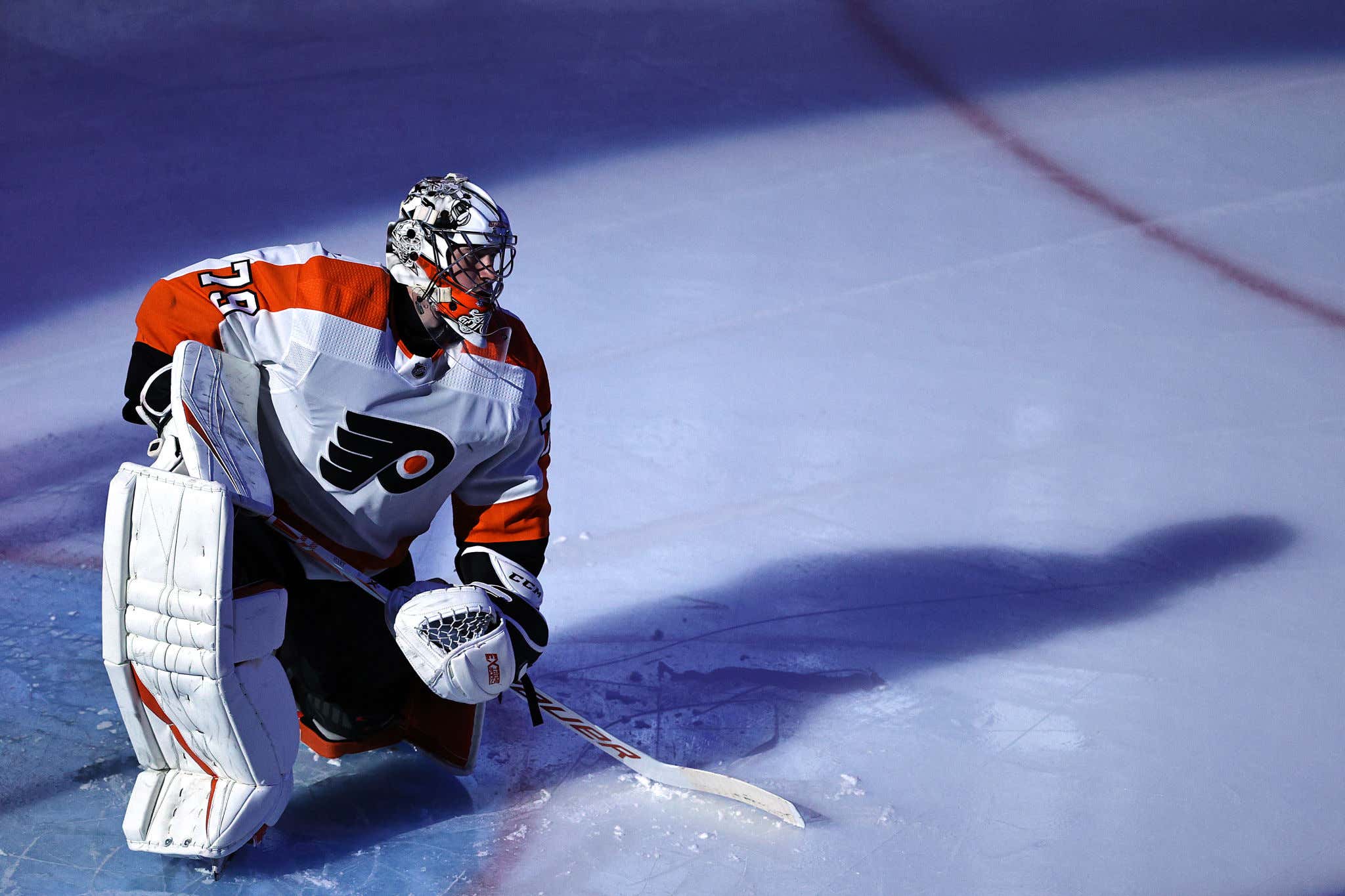 Ladies and gentlemen, may I present to you the best goalie in hockey.

Nope. Not the guy in the white sweater right there. The Flyers proved this afternoon that Carey Price is human. He leaks blood just like the rest of us. Sure, it may have taken an absurd snipe from Michael Raffl to finally open him up a little…

But the Flyers were finally able to beat Carey Price cleanly. They were finally able to show the world that he's not some machine who was built in a laboratory to stop every piece of rubber thrown his way. Meanwhile, Carter Hart has now gone 120 minutes without giving up a single goal. He gets yanked in game 2 and immediately bounces back by posting back-to-back playoff shutouts.

The last time a goalie under the age of 23 had back-to-back playoff shutouts was Felix Potvin in 1994. Carter Hart was still 4 years away from being born. And now here he is in the first playoff series of his young career, playing against his childhood idol, and putting on a show. Granted, it's not all Carter Hart. Don't get me wrong, it's a lot of Carter Hart. But he's also getting a ton of help from the boys in front of him. In game 3 we had Matt Niskanen soaking a one T from Shea Weber. Today we hate Nate Thompson soak a Weber Bomb and then we also had Robert Hagg taking this Weber Bomb off the back of the skull.

The boys are selling out for each other. That's what being Ferda is all about. Hard Dick Hockey through and through. If you're willing to take a Weber one T to the back of the dome for the squad, then you know that locker room is as tight as possible. Robert Hagg is a beauty and anybody who willingly blocks a shot like that deserves an immediate nomination for the Conn Smythe.

But yeah. What a win for the Flyers. There were parts of this game where they looked dominant. I thought the first half of the 1st period was the best they've played all series. Their passes were crisp. They were moving through the neutral zone smoothly. The breakout was clean. They were getting pucks toward the net. And speaking of just getting pucks on net….PHILLY MYERS.

There were times throughout this game that were a little shaky but seeing Carey Price give up a goal like this has to be some huge motivation for this team. They finally cracked through, and now they're just one more win away from winning their first playoff series since 2012.

Close it out tomorrow, boys. Get as much rest as you can after having to grind through this series. Backcheck, forecheck, paycheck. One. More. Win.