If you are a person with a brain, a body, or even a soul, you may have been asking yourself over the past few months, "when is that marketing genius Dana B going to come up with something absolutely brilliant that sets the internet on fire again?". The mesh hats were one thing, but they didn't set the internet streets all the way ablaze. The straw hats set the internet streets about 75% ablaze. It wasn't the beer pong tournament, that one didn't work out. Although it will be returning in a bubble in October 2021. As a matter of fact, it had nothing to do with drinking necessarily. Two words: Scumbag Golf.

Now what is Scumbag Golf? It's pretty fucking self-explanatory. Using very specific trashbag tips and tricks to better your score while also having a fun ass time on the course. Internet personalities Dan "Big Cat" Katz, Brandon "Cone Tits" Walker, and several hundreds of others have referred to Scumbag Golf as "funny". To preface this, I can't say I wasn't brought up being taught to play golf the right way. My dad taught me all the etiquette you should use on the course, and I've always played with that etiquette when I play with my dad or with others who take the game seriously. But when you're with your buddies on a hot summer day getting buckled and fucking around? That's where the inner scumbag comes out. Marty and I have been playing a lot of Scumbag Golf this summer and have had the chance to perfect the craft of scumminess. Playing Scumbag courses on Long Island and Staten Island prepare you well for these types of blogs.

It is important to mention however that if you are playing golf for actual money, you should not be doing these tips and tricks. And obviously not if you're in some type of actual tournament. Because let's be honest, if you're playing in a competitive golf tournament, you probably aren't a scumbag golfer in the first place. But if you're just with the boys (or girls, girls can be scumbags too), feel free to go crazy out there. Honestly, I think probably 90% of our fanbase enjoy playing a nice little scumbag round every now and then, and if you're reading this and saying you've never done any of this shit, I say you're a fucking liar. And if you actually never have, I say you need to loosen up pal.

As you would imagine, Scumbag Golf has faced some criticism in the golf community. Wahhhhhhhhhhh. 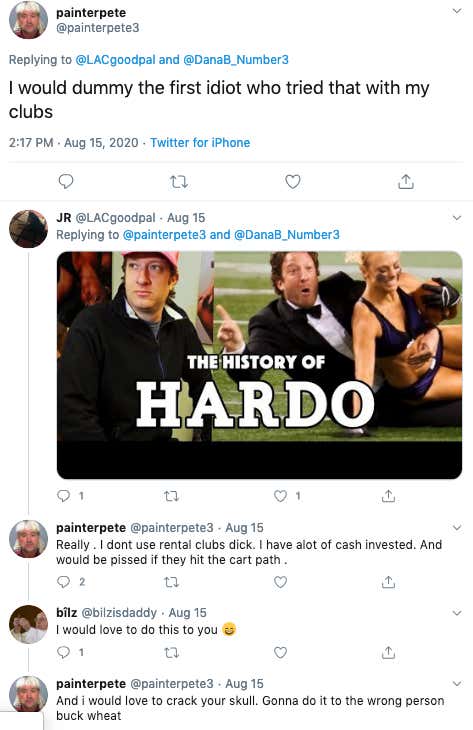 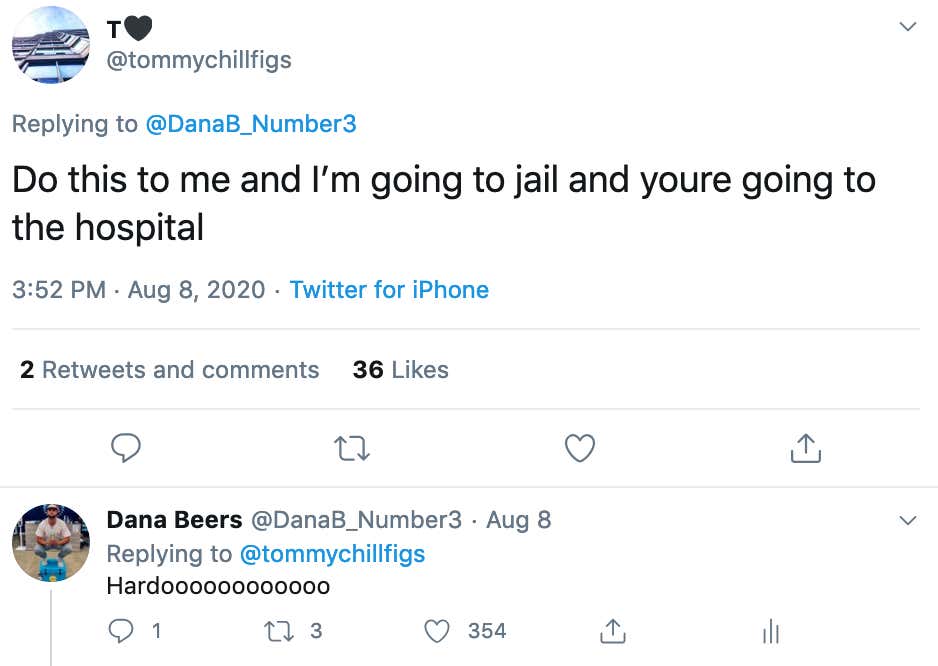 Surprising amount of violence out of the golf hardos. But I have to give it to the golf hardos, they are fucking RELENTLESS. I honestly love it, and I don't even want to imagine the shit Riggs has to deal with having to explain each scorecard he posts. The golf community is full of snobs, but guess what dude, the golf community is also filled with fucking scumbags. So go out there and throw your 7 iron in the woods, do a Happy Gilmore drive and ride the bull, unstrap your buddy's clubs every now and then and have some fun. Because Scumbag Golf is fucking fun. Merch coming soon.