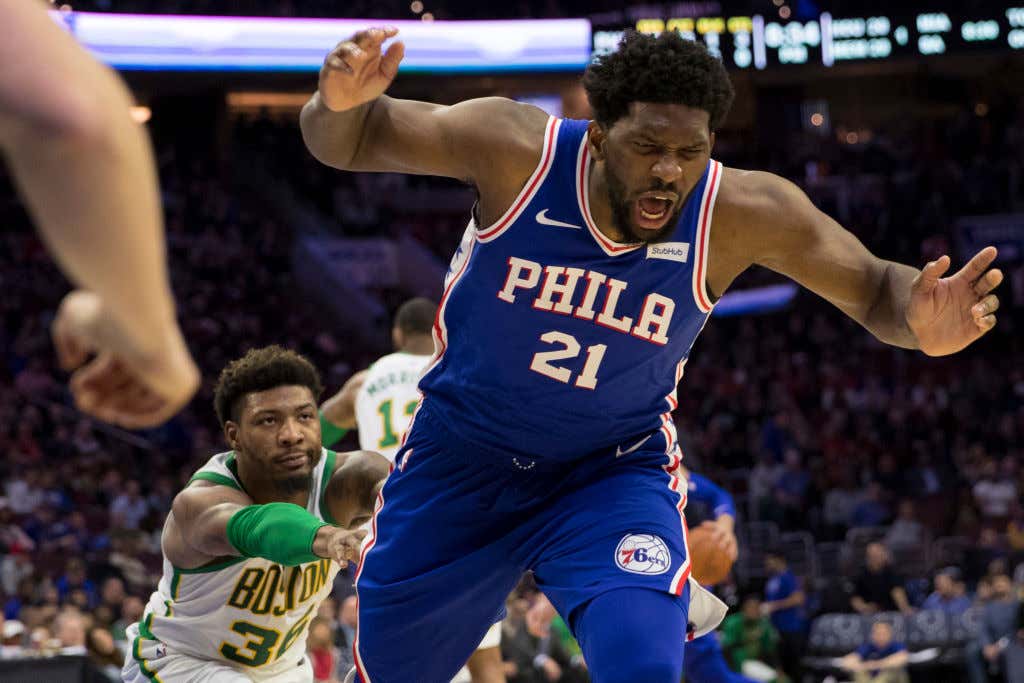 If you're like me and have been doing pretty much nothing other than staring at your clock demanding it move faster so we can get to tip off, well then this blog is for you. Last week I blogged about what version of The Process we'll be seeing today and in this series since the Sixers are basically a completely new team without Ben Simmons. Well now it's time to talk about what we're going to be seeing from the Celts and what they need to do to avoid what in my opinion would be a pretty embarrassing upset. While I still believe you throw out the results of the season series, especially the beatdown the Celts gave the Sixers in their last meeting in February, there are certain trends that I'm keeping my eye on that I feel need to be addressed for this team to be successful.

I'm going to say it once again for any new stoolie who hadn't read my previous blogs about this. A lottttttt of people are talking like the Celts are going to walk all over the Sixers and this will be an easy and short series. You won't hear that from me. I respect their opponent and know that when it comes to these two, the games are never easy. The Celts are far from perfect and if they play like assholes it's not going to end well for them. Getting off to a good start in Game 1 is pretty important, and these are some things the Celts can do to ensure that happens.

Seems pretty basic right? Well here's why this is important for this series. This entire season the Celts best players have been complete and utter dogshit in the second 24 minutes of all their meetings. I'm not even being remotely hyperbolic. Look at these second half numbers

The first halfs are the complete opposite. Usually this team gets off to a decent start against the Sixers, but their halftime adjustments have been pretty brutal. You look at the season efficiency from the Celts most important players and it has not been great against the Sixers. Part of that is Simmons, but let's not pretend that other guys haven't had success slowing down this Celtics offense. We've seen it time and time again in the second half of their games.

Kemba is a huge factor here. My guess is they'll throw someone like Thybulle on him because Simmons used to give Kemba problems with his length. If Kemba disappears for entire halfs like he has this season against the Sixers, that's a big time issue for this offense.

Theis and Kanter vs Embiid

On paper, this is a bloodbath matchup. Very few players on the planet are able to handle Joel Embiid when he is on the block and is engaged. Chances are he's going to put up monster numbers, get everyone in foul trouble, all that shit. In the game he struggled against the Celts a large portion of his FGA came from jumpers. I would be SHOCKED if that happened in this series.

But here's what's also true. Both Daniel Theis and Enes Kanter have been two of the best defenders of Embiid all season long. Here is how it breaks down

This is not me saying that Embiid doesn't have the advantage in this matchup. He for sure does. But between those two guys and a healthy athletic Robert Williams, the Celtics do have options. The key will be keeping these guys out of foul trouble the best you can. That means don't fall for Embiid's pump fake, don't foul just to foul. If they can be smart on that end and not have to spend large stretches on the bench, this could end up not being as much of a disaster as many are predicting.

This is where the Celts biggest advantage is with no Simmons in the lineup. Having Shake Milton and Horford being forced to guard the perimeter is a big time weakness. That's why the Celts need to attack both of these guys almost every time down. Don't settle for for the isolation long twos. I'd also like to see then run some switches to whoever these guys are guarding. For example, let's say Kemba is matched up with Milton, well I'd like to see the Celts run a quick high screen with Hayward so they can potentially have a Hayward vs Milton matchup. That's a size difference I love.

Theis in the pick and pop

Remember how valuable Playoff Al Horford was? His ability to pick and pop to the top of the arc in P&R was a big time weapon and helped create much needed spacing. Well that's now going to fall under the responsibilities of Daniel Theis. He needs to not only be willing to take that three in order to keep Embiid honest, but he's gotta make it. He's shooting 36% on above the break threes in the bubble, so keep an eye on that. Embiid/Horford are going to want to drop in the P&R so that shot is going to be open for Theis all series. If he can make that consistently, I'm not sure what the Sixers do.

Close out shooters like your life depends on it

This is not the Sixers you remember. The ones that couldn't shoot for shit and you didn't have to worry about from deep. The Bubble Sixers can not only shoot, they've been one of the best shooting teams in the entire bubble. Their 41.6% from three is the 2nd best percentage of any team in Orlando. They don't take a lot, but the ones they do take they make. So why is this important? Well, you're going to see a bunch of delayed doubles which means the Celts are going to have to be flawless on their rotations. During the year they thrived at defending the three, during the bubble they were spotty at best.

You basically have to pick your poison. Either you let Embiid eat and don't double, or if you do double you cannot be lazy on your rotations/closeouts.

This is something that usually comes back to bite the Celts against the Sixers. Shit gets emotional, calls don't go their way in a fourth quarter and they crumble. We can't have that shit in this series. We know Theis is going to get boned by officials, we know Tatum might not get calls when he drives to the rim. You just have to deal with it and cannot let it impact your play. If you do that against this Sixers team you're going to get beat.

As long as the Celts play with the right type of energy on both ends and stay aggressive, things should work out for them. What concerns me is that given the Sixers length in the frontcourt that we're going to see too many inefficient looks early, especially from Tatum. We need to see that Jaylen and Hayward can actually show up against this team, something they didn't really do all year. There are plenty of questions surrounding this Celtics team despite the narrative that this should be a cake walk series. I'm not buying it, and hopefully they aren't either.