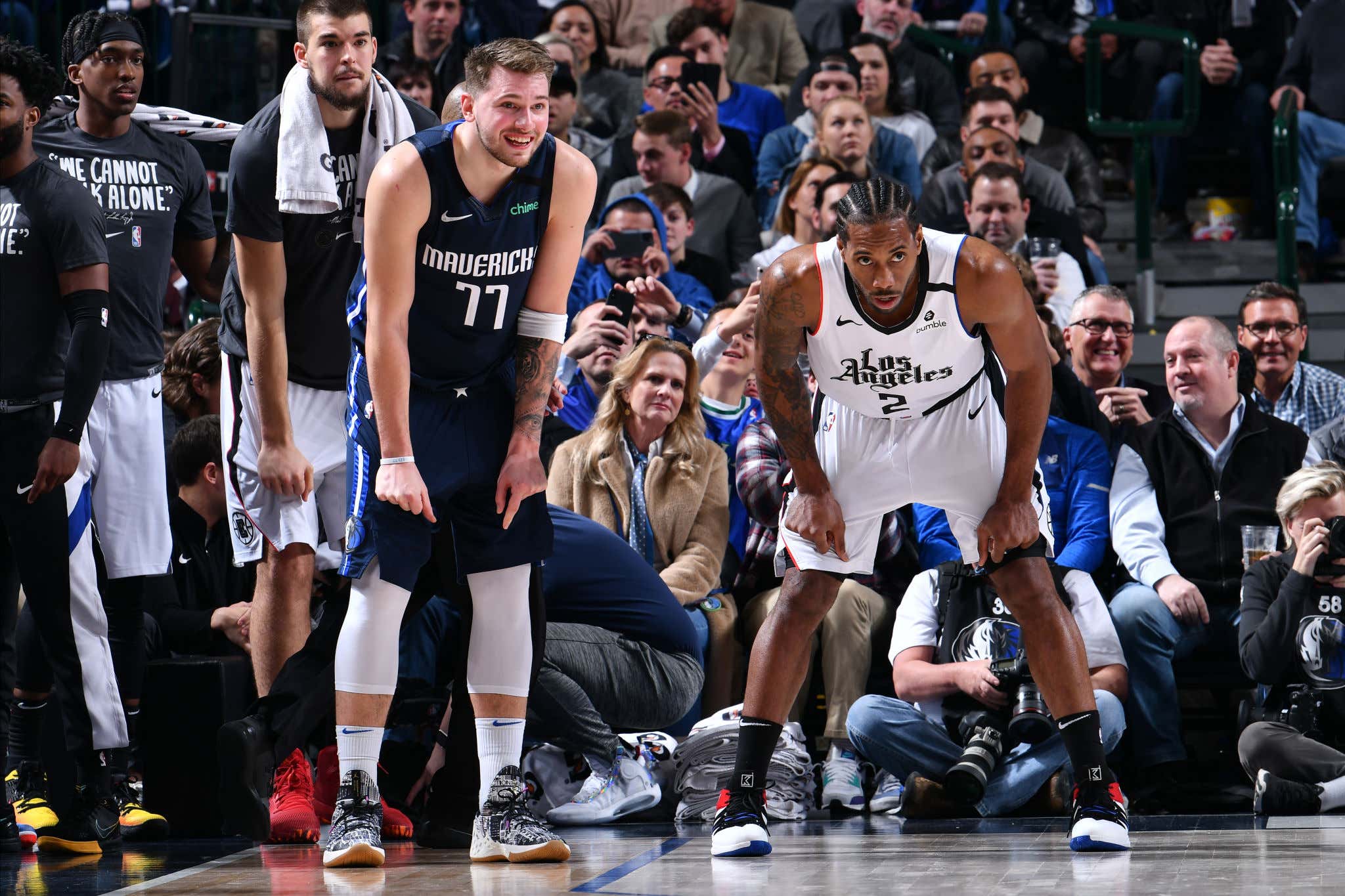 This is something I plan on doing before the first game of each day for the duration of the playoffs. With the playoffs officially getting underway today we have 4 games on the slate and a cool like 10 straight hours of playoff basketball on the horizon. The hiatus and quarantine for sure sucked, but I'll take all day playoff basketball in freaking August.

I figured the best way to get ready for each day is to look at the matchups, talk about the questions heading in, help you get a feel for the series, things like that. This is going to be a playoffs unlike anything we've ever seen in the history of the NBA where honestly anything can happen. The health of teams going in, the no travel, no home crowds, it's all going to matter. So what should we expect today? Let's have a look

Of all the first round matchups we're going to get, this one might have the most unknowns. Mike Conley had to leave the bubble for the birth of his child, so now everything offensively pretty much comes down to what Donovan Mitchell/Joe Ingles are able to do. This was already a team that struggled to score in the bubble, ranking 15th during their seeding games. They had a negative overall net rating in those games so who knows what to expect from this team. At the same time, we also witnessed Donovan Mitchell being able to carry this team by himself offensively. He seems like a player that steps up in the big moments and bright lights, and he's going to have to go up a couple levels in this series, especially while Conley is out.

Then you look over to the Nuggets side and there are just as many questions. Mainly because a bunch of their main rotation guys didn't even play in the seeding games. It's already been reported that both Will Barton AND Gary Harris are OUT. That's huge for a team that will be going up against a team that can certainly lock opponents down on the defensive end. That means there's even more pressure on someone like MPJ, who has played a total of zero (0) playoff minutes in his career. The good news is one of the main keys to the Nuggets success is their depth, they have perhaps the deepest roster in the entire bubble. They need to find a way to get success from Jokic despite him being guarded by Gobert, and that's where Jokic's ability to stretch the floor matters. Pull Gobert as far away from the rim as possible with Jokic and run the offense through him at the top of the arc.

Admit it, the Nets were much better in the bubble than you thought. They surprised us all, and the fact that this is a team that plays hard no matter who is out there is a big reason why. Caris LeVert is playing some of his best basketball of the season and they have sort of adopted this underdog role. If you think the Nets are a going to just roll over, the next thing you know they actually beat you. You obviously have to throw out the season series considering the Nets are missing like 90% of those players so instead focus on what Nets team we currently have. That's a team that has the 7th offense in the bubble and the 9th best net rating. Defensively they're mostly a disaster, but if they are able to keep it close I feel like you can trust LeVert to get a bucket. They may not win the series, but I feel like they can make it a sneaky tough series where the Raptors actually have to try.

On the Raptors side, it's pretty easy. What Pascal Siakam are we going to get? He hasn't exactly been the All Star/All NBA version of Siakam since the restart. He's shooting just 39/35% in Orlando, and that's going to have to get much better rather quickly. If Siakam can be the stud we saw in last year's playoff run, the Raptors will be fine. This is a team that is well coached, is solid defensively, and has championship experience. They should in theory get through this series with relative ease. But if Siakam continues to struggle and LeVert can't be stopped, suddenly the momentum of this series can change. In the end I think the Raptors shooting will be too much for BKN to overcome, and I feel like today is a prime opportunity for them to come out and make a statement and remind everyone who the defending champ is.

I think it goes without saying, I'm rather interested in this series. In my opinion it's the juiciest matchup of our first day. Both fan bases think they are going to dominate the series, you have to throw out the regular season series because there's no Ben Simmons and the Celts are fully healthy. This Sixers team is even wildly different from the version we saw all year. They used to be a "meh" offensive team with elite defense. Now things are flipped. They enter the postseason with the 3rd best offense in the bubble but the 17th ranked defense. That's where they miss Simmons. The Sixers obviously have the Joel Embiid card, a player that had one game where he manhandled the Celtics frontcourt and then another where he went 1-11. The series really comes down to this. How will Embiid handle the doubles? Is he able to find the open shooter and that guy actually make a three? Will he prove to be too much for the frontcourt and nothing else will matter? How does Horford handle having to guard one of the three Celtics wings? Will their hot bubble shooting from really their entire roster continue with playoff defense?

With the Celtics, they have their own set of questions. How will they respond with the pressure of being the higher seed? How do they handle Embiid or do they let him get whatever he wants and shut everyone down? Will Tatum/Jaylen/Hayward actually be efficient after struggling against this team basically all year? Will Kemba no show in the second half like he kept doing in their regular season meetings? The pressure is on this team there's no doubt about that, and their recent play in the bubble suggests they're ready, but we've seen this team collapse in the playoffs before. A streaky shooting team can't really afford to go cold when the Sixers have a guy who should be an automatic bucket in Embiid. I'm interested to see how Brad has this team prepared, because Game 1 in this series is pretty massive for both sides.

You want star power, this series has it. Few players have dominated the bubble like Luka/Porzingis. Combined they are averaging 60 points, 19 rebounds, 11 assists and around 5 3PM a night. The big thing with Luka is his efficiency, and he's shooting 47.9% in the bubble. This is a team that had the #1 offense all year for a reason. When healthy, they can shoot and they can score. Unfortunately for them, there are two ends of the court and that's the end that could prove to be a big time issue against the Clippers. Who is guarding Paul George? Seth Curry? Dorian Finney-Smith? Luka? You have to think THJ guards Kawhi so that second wing defender is going to be pretty important. We also don't know how Luka/Porzingis will perform in their first career taste of the playoffs. Normally there are some growing pains there.

On the Clippers side, this is it. This is what they planned all year for. Everyone is back, healthy, and rested. A top 10 offense and defense to go along with a top 3 net rating, the Clippers in theory should feast on a team that plays zero defense. Given their depth and top end talent it wouldn't shock me if they make quick work of the Mavs. As good as the Mavs duo has been, this is Paul George and Kawhi in the bubble

I don't know who on this Dallas roster slows them down. Then you move to the benches and the Clippers get even more of an advantage. This is a series loaded with elite star power, but I think it's going to come down to depth and the Clippers have all the depth in the world.

Only a few more hours until the first game tips off and I'm already pumped. We waited so long for this moment it's almost a little surreal that it's finally here. Buckle up folks because we're in for one hell of a ride.