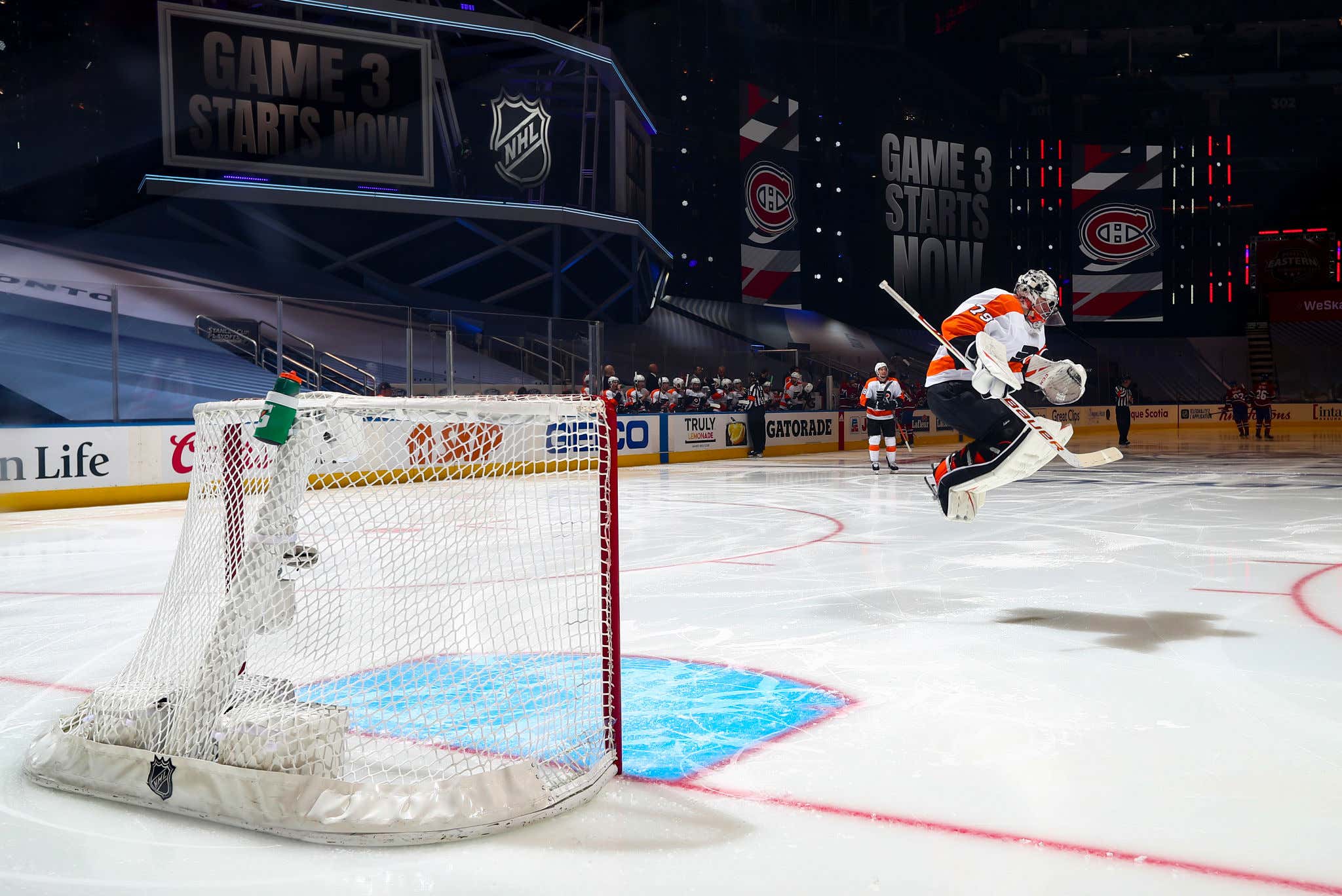 Make no mistake about it, that game was absolutely miserable to watch. It certainly doesn't help when both teams go for a combined 0/9 on the powerplay. From start to finish, there was just not a single moment of organized hockey being played tonight. And that's exactly what the Montreal Canadiens do. They turn every game into a slopfest and try to capitalize on your mistakes. And the Flyers did a great job of limiting those mistakes tonight, to their credit. But on the few mistakes that they did make, Carter mother fucking Hart was there to bail them out.

23 shots for Montreal. 23 saves for Carter Hart. And to make it even better, he shutout the Habs on Carey Price's birthday. The man he grew up idolizing. The goaltender who you can tell Carter Hart is always trying to be. Buddy is over there celebrating his 33rd trip around the sun and Carter Hart not only went toe-to-toe with him in this game, but did him one better.

But a goal is a goal, a win is a win, and a playoff shutout is a playoff shutout. And now the Flyers take a 2-1 lead in the series. It has never looked great for the Flyers so far in this one. Game 1 was a battle, game 2 they got throttled, game 3 tonight was a battle. But they're finding ways to win hockey games even if it looks like shit along the way. And at the end of the day, results are the only thing that matters. And the results say the Flyers are now just 2 more games from moving on.

Sidenote but still related to the overall theme of this blog: I mean it's just unbelievable how mentally mature Carter Hart is. He just had his 22nd birthday the other day. And he ends up getting yanked in game 2 after giving up 4 goals. I'd say at least 3 of those goals weren't even close to Carter's fault, but he had to get pulled just so AV could try to spark some sort of message into his team. So a 22-year-old getting pulled in the first playoff series of his young career, and he immediately follows up that performance by posting his first career playoff shutout. His ability to just move on and focus on the next shot is unbelievable. So advanced for a goalie his age. That's the true sign of a #1 franchise goaltender. Carter Hart, baby. He's our baby.

More on the game tomorrow. For now, let's responsibly enjoy one (1) cold one because we sure as shit earned it after sweating through that game.