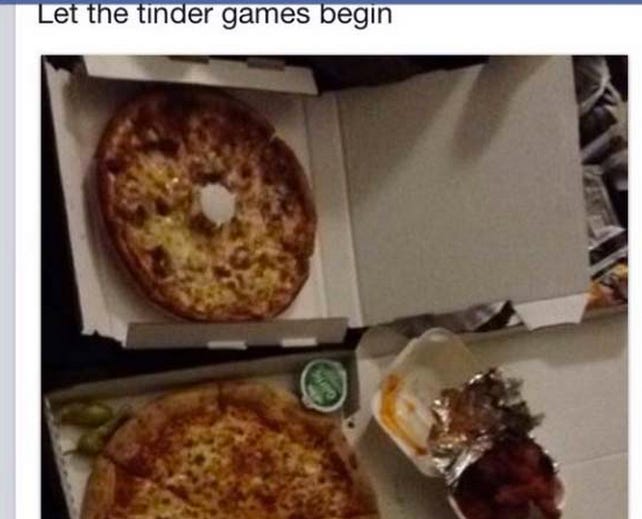 FB – So there’s a new game on Tinder. Apparently girls are hitting up desperate guys on the dating app and asking them to send over free pizzas. Y’know, to see if they can. They’re calling it the “Tinder Games” and it’s totally working, for obvious reasons. It looks like dudes are looking for any excuse to these girls’ good graces and this includes buying and sending over free pies for them. In some cases, there’s also sushi and wings. 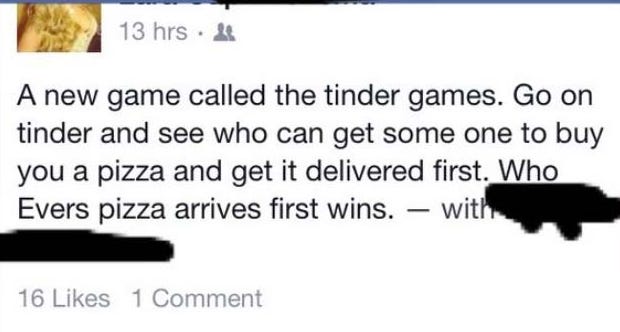 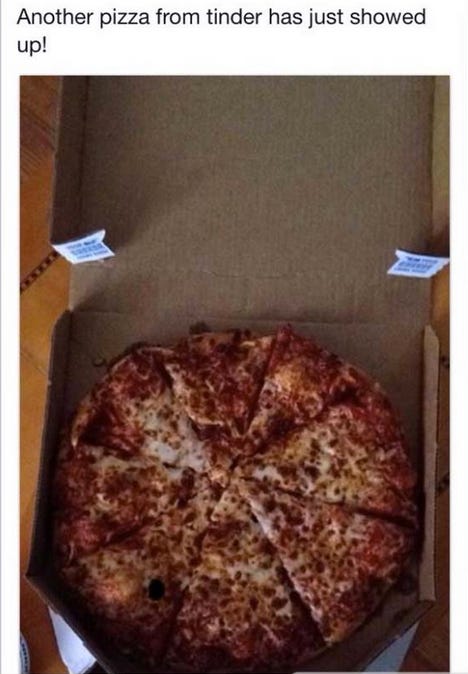 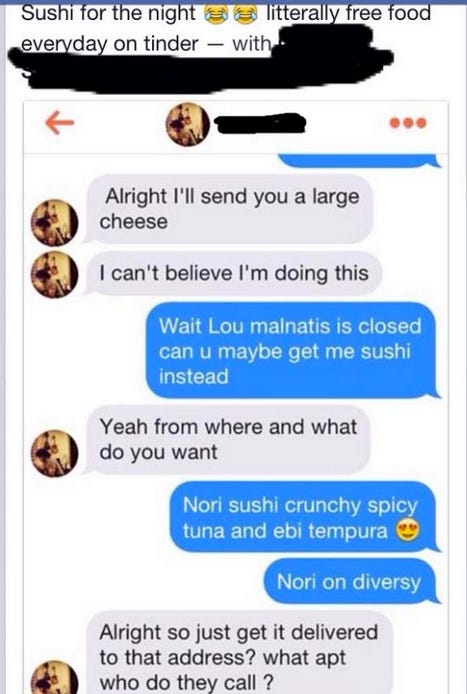 I can’t hate on girls for doing this. I want to but I can’t. Because we all know there’s nothing quite like being a hot chick and using it to your advantage. They don’t pay for drinks, they can fuck whomever and whenever they want, and basically can manipulate and slut their way into everything. It more than makes up for the 70 cents on the dollar we pay them. Exponentially. All the free dinners and drinks they get, it’s not even close to what we pay. But again, can’t be mad at them for these Tinder Games. If they can find guys thirsty enough to send them free food, more power to them. They know there are plenty of sad saps on Tinder who aren’t trying to just fuck. There’s some SB Nation eggs on there who are the white knights and want to sweet talk, and the savvy Tinder girls, the bad bitches just trying to get some dick for the night, sniff that out immediately. Hopefully by the time some egg buys a random girl her 4th pizza he will sack up and realize he needs to figure it out or he’ll in for a lifetime of nice guy finishing last.