About two hours ago, I blogged about Barcelona's worst loss in the history of the club competing in European competition.

Their response? Fired the manager they just hired in January.

Today's performance wasn't the only reason for the sacking, but it was certainly the final 8 nails in the coffin! Setien's start with Barca wasn't great thanks to an elimination from Copa del Rey by Athletic Bilbao. Barca then lost the league to Real Madrid. On top of all that was today's performance.

It's hard to put into perspective why this loss is so bad for Barcelona if you don't follow soccer. They essentially made it to the semi-conference finals, to put it in American sports terminology, and then lost to the odds on favorite to win the competition.

Barcelona is at a bit of a crossroads thanks to Messi. He wasn't a fan of Setien and rumors of him leaving the club did not help the now sacked manager. There were rumors before the Champions League restarted that Setien wouldn't even manage the team for these games, but they kept him on for one last chance.

It also should be noted that Barca lost 8-2 not to Real Madrid or a Premier League side, but to a team from the farmers league in Germany. Bayern Munich is one of the best clubs in the world and currently, may have the best team in Europe, but Barca is not supposed to be losing to a team from Germany by 6 goals....not even in a friendly. As you can see here in a comment before today's game, Barcelona has no respect for the Bundesliga. 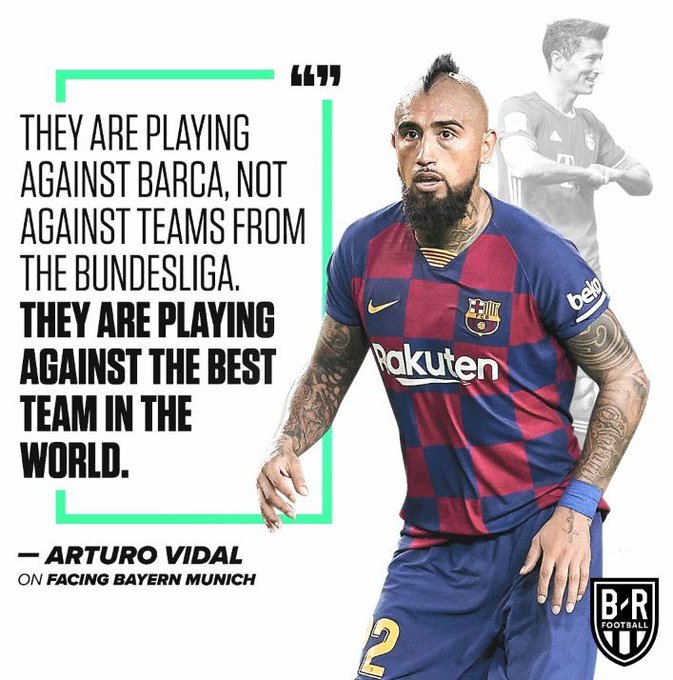 To make matters worse, this was on a massive stage in a must win game. This wasn't a "ah shucks, we got beat in a group stage game without Messi." Nope, they got dominated in the highest competition like a team from Austria would.