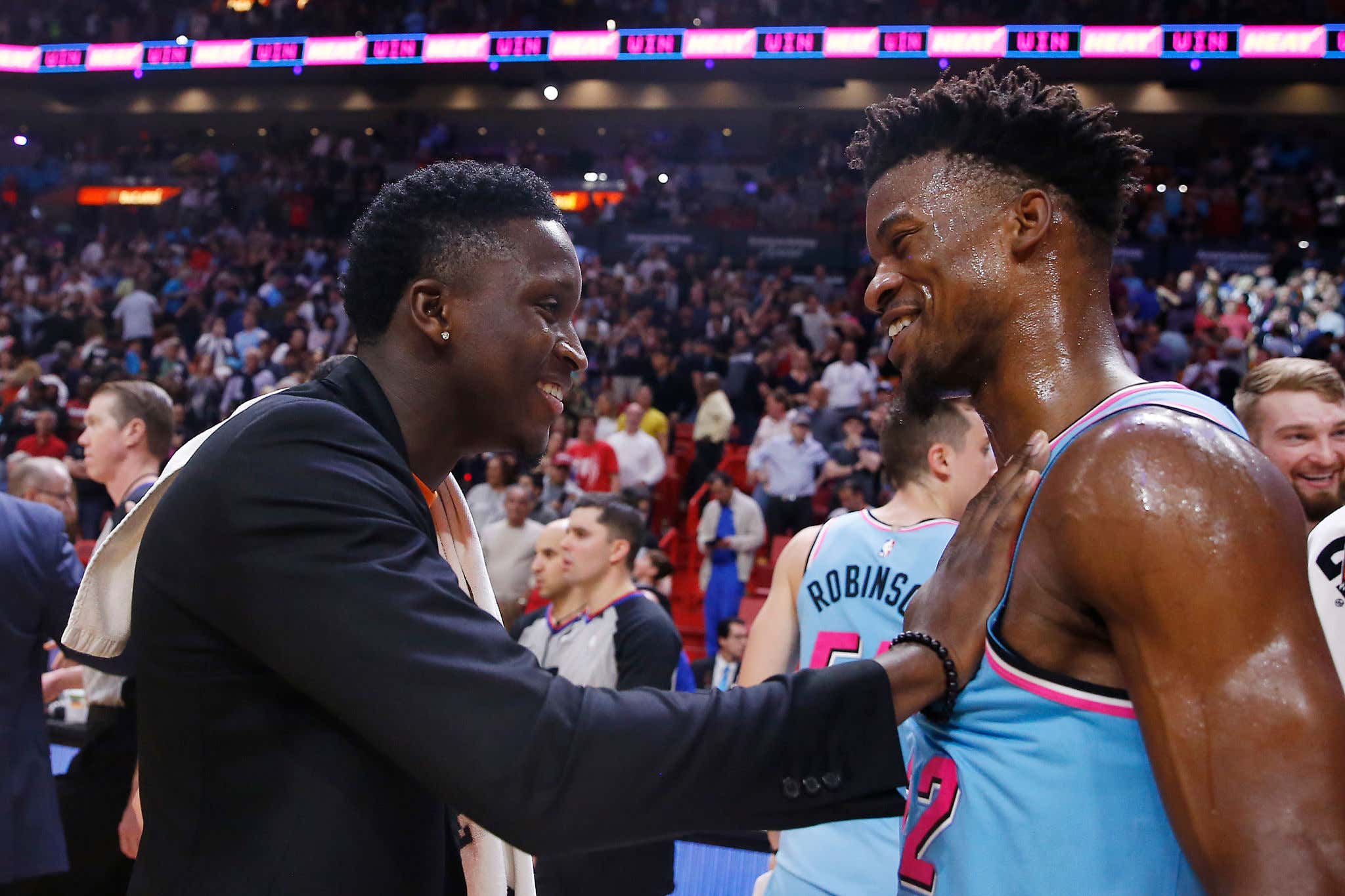 Now I know what you're going to say. Of course this is something Jimmy Butler is going to say. He's not wrong, the Heat do have a history of landing big time names to help them win a title. They missed out on Gordon Hayward a few years ago, but other than that Pat Riley seems to get what he wants. Why is this important? Well…

And here's a quick reminder of who is staying in the same hotel as the Heat: Bucks, Lakers, Raptors, Clippers, Celtics, Nuggets, Jazz

Going after Giannis and Oladipo huh? 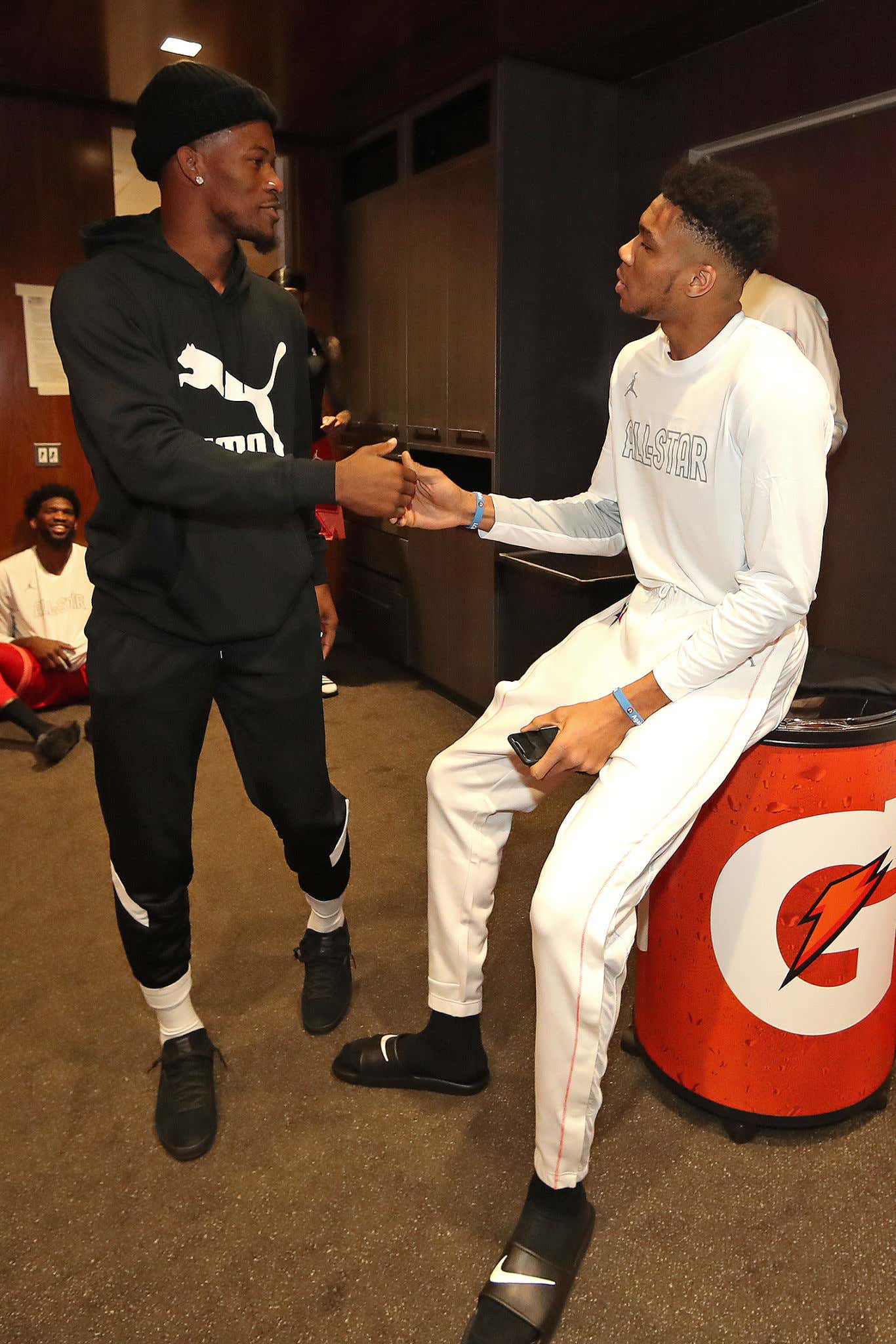 You cannot convince me that Butler & Co haven't been tampering their dicks off while in the bubble. Of course they are! Everyone who is smart should be. We're going to look back years from now and learn how the next superteam came from the bubble. Sort of like how guys did it during the Olympics and then boom, LeBron/Wade/Bosh joined forces.

If you're looking at stars, Giannis may be the pipe dream but Oladipo might very well be the reality. Especially if he doesn't reach an extension with the Pacers. Who do the Heat play this year in the playoffs? Oh that's right, the Pacers

So yeah, something tells me Jimmy Butler has some tampering knowledge that none of us know about and that's why he feels so confident. The perfect hiding in plain sight situation. He's not saying anything crazy or anything you wouldn't expect him to say, but at the same time he's telling us the Heat and Pat Riley have already landed their next piece.

Now the fun really begins. Who else could you see going to MIA outside of Oladipo/Giannis? Is there a star we aren't even thinking about that could be headed that way? Does Hayward opt out and bolt to MIA where his wife wanted to go in the first place? Is Buddy Hield about to find a way to get traded? Who ya got.