Today's Yak was a very memorable one. We had set a plan yesterday to do a draft with the following rules:

Everything had been set up quite nicely for a great show. I mean check out these mystery bags full of lunches or drinks with these backup QBs. *Note: These aren't the 12 best backup QBs in the league, just 12 random backup QBs ranked.

Six more bags were added to complete the 12. Six of them had actual lunches, six had drinks. They were all placed in similar bags and taped at the top so the guys couldn't pick them up and everything looked the same. The idea being someone may end up with two drinks.

After an impressive group start where we bypassed the coin flip round, Caleb was got the first crack at guessing the number of blades of grass I had procured from my lawn first due Nick's coin flip saying the lightest hued shirt would go guess first.

After a controversial guessing round in which Rone purchased the number 78 off of KB (who was of course wearing a lighter color shirt than him today) and calling in a favor to Nick (to ask Brandon not to pick the number 78), he ended up actually being closest with his guess. The correct answer was 81 blades of grass. He would then get the 1st chance to pick his draft order in this snake draft. He chose 1 & 12. Things kind of went as you'd expect after that, except Brandon threw a wrench in the whole plan by using his selection, which was third to choose to pick last in the first round (6th overall), and first in the second round (7th overall). This would almost cost him dearly later. But first, we had to re-read the Lunchman's Creed:

Things got confusing with some Yankee swaps, but here were the draft results. Now I was tasked with coming up with lunches from around the block we work with to varying degrees. Three pretty good to great lunches, three not very good to bad lunches and the same for drinks. Here are the draft results:

Now things got dicey with the yankee swap, but as far as grades for the original draft: 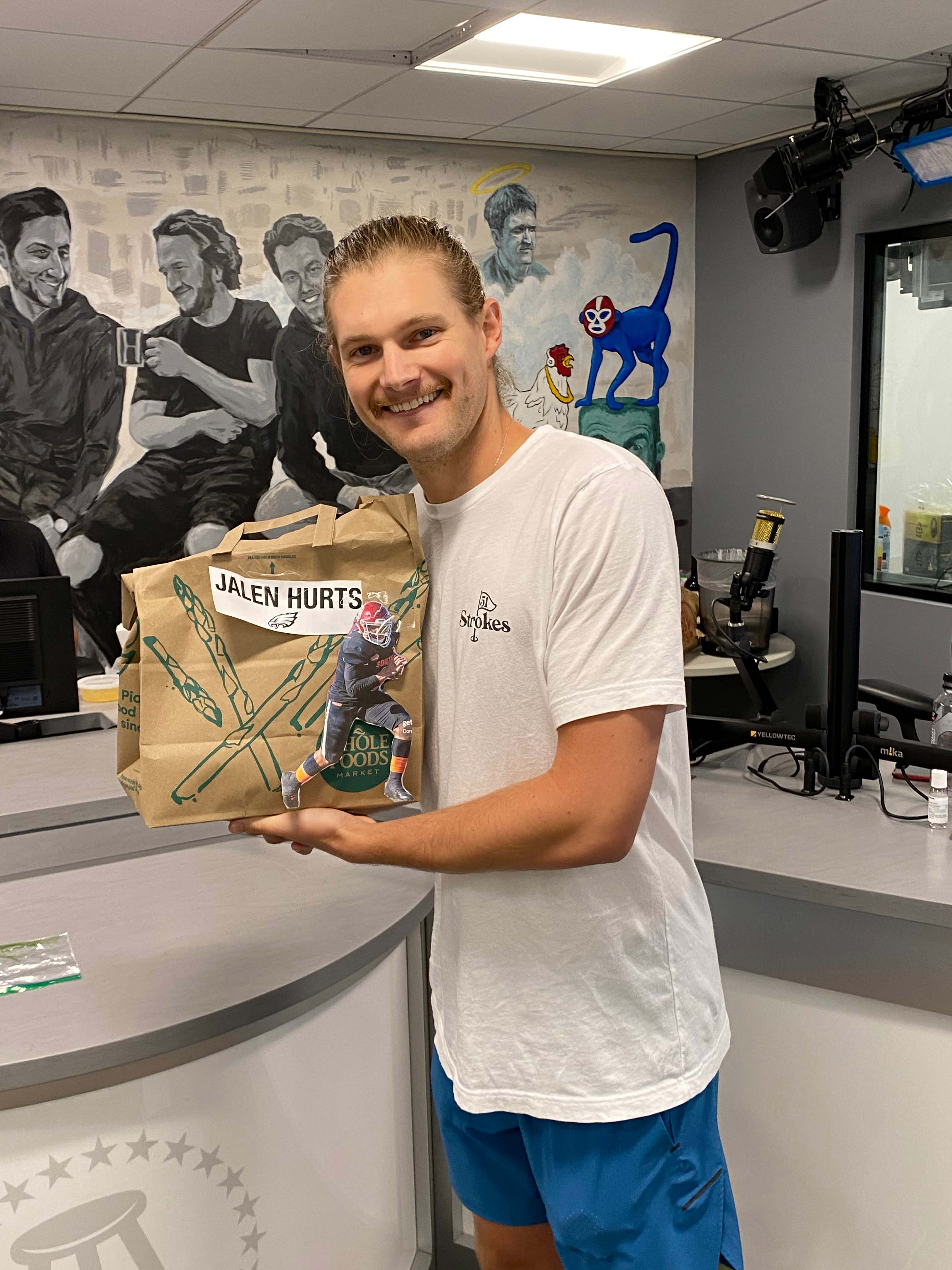 A+ Caleb won going away. He got my top player on both the lunch and drink board with the Salmon and mashed potatoes and green beans. He was really playing chess when everyone was playing checkers by not necessarily ranking the Backup QBs, but thinking about how I would rank the Backup QBs. He truly showed why exactly he's the Senior Analyst today.

A KB had a nice combo with the sushi sashimi and the San Pelligrino sparking soda. My #2 on both boards. Impressive feat considering the haul Caleb got.

B+ Brandon did a nice job with the cheeseburger and fries. It was not a fast food version either, this was a bar version so had all the fixins. Naked green juice wasn't his jam, but the third ranked drink on my board.

C- Rone squandered the 1st overall pick with a huge reach in Mariota. It resulted in two beef patties which were my 4th ranked lunch item. The aloe water he would have received by default with the last pick was a better than expected drink for the 12th pick, but not a good lunch overall. You can't feel good about going to the bathroom later today or tomorrow after that haul.

D Nick had a rough go, but actually got his expected value with the 5th pick. Egg salad sandwich was my 5th ranked lunch so he netted out fine there, but with the 8th pick took Josh Dobbs over guys like Chase Daniel and Blaine Gabbert resulting in an 8 oz. vanilla soy milk which was my last rank drink.

F Big Cat. Unfortunately he made a franchise altering decision choosing Jordan Love over Jalen Hurts. A choice he openly debated before opening making his choice. He went from the #1 guy on my big board to #6 which is the difference between the best and worst lunch. The white fungus soup is a tough way to muddy up your day. Steamed broccoli was a personal win for me, but not liked by the public. Then the v8 which I intentionally didn't get spicy was my 5th ranked drink.

However, we failed as a show to establish Yankee Swap rules and things got hairy. Even more hairy than the area just below KB's lower lip. Caleb went from having the best lunch draft in history to getting two drinks! Certainly a brutal twist of fate. Here is what everyone ended up with and corresponding final grades: 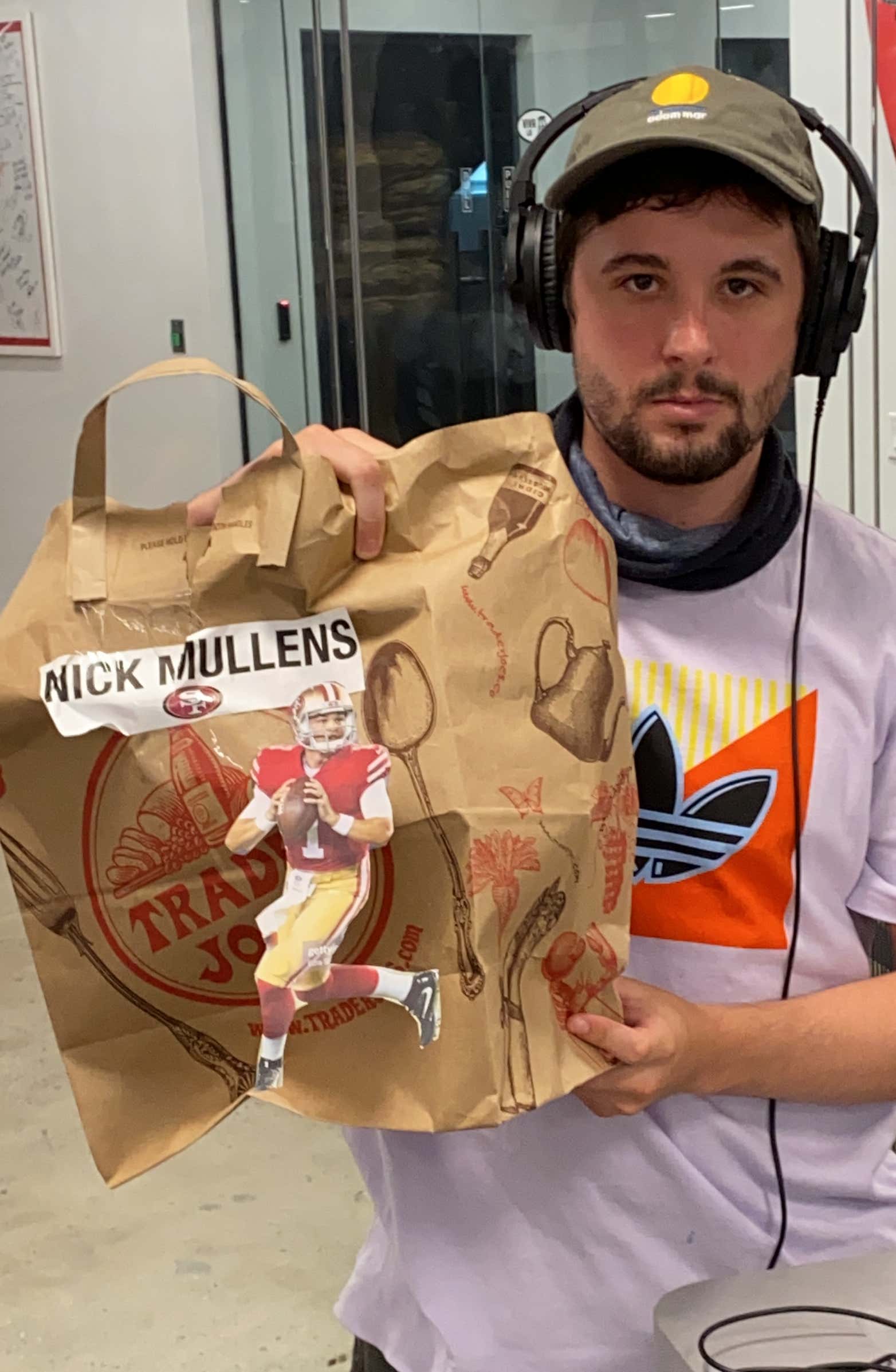 I have a feeling this won't be the last we hear about this draft. Stay tuned to Monday's Yak for more…