What a way to start the weekend! Jim Boylen, the dumbest coach with the dumbest face ever is gone. There were crazy rumors of an extension. The timing is strange. You'd think that maybe the new front office would've pushed him out the door the second they moved in. Doesn't matter. The Bulls have done something good. It's shocking. I am sure Eddie will have more on this later. For now though I want to direct you to the funniest website I've seen in some time. The Jim Boylen random quote generator. 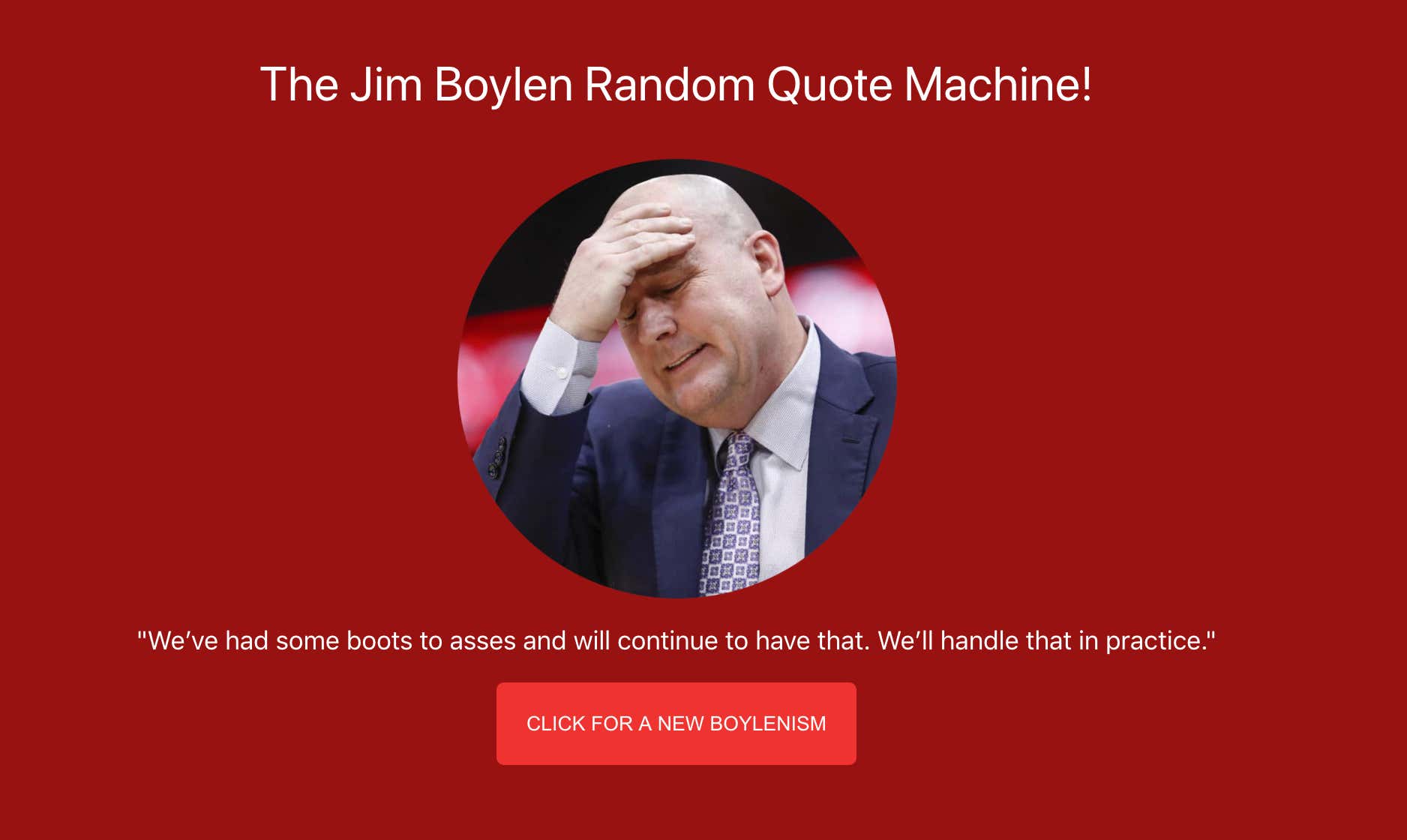 I am not going to lie. I can't even tell if these quotes are real. They're so ridiculous that it feels like it could be fake, but that is the magic of Jim Boylen. His press conferences were a combination of madlibs and speaking in tongues. Just keep clicking refresh because each one is better than the last 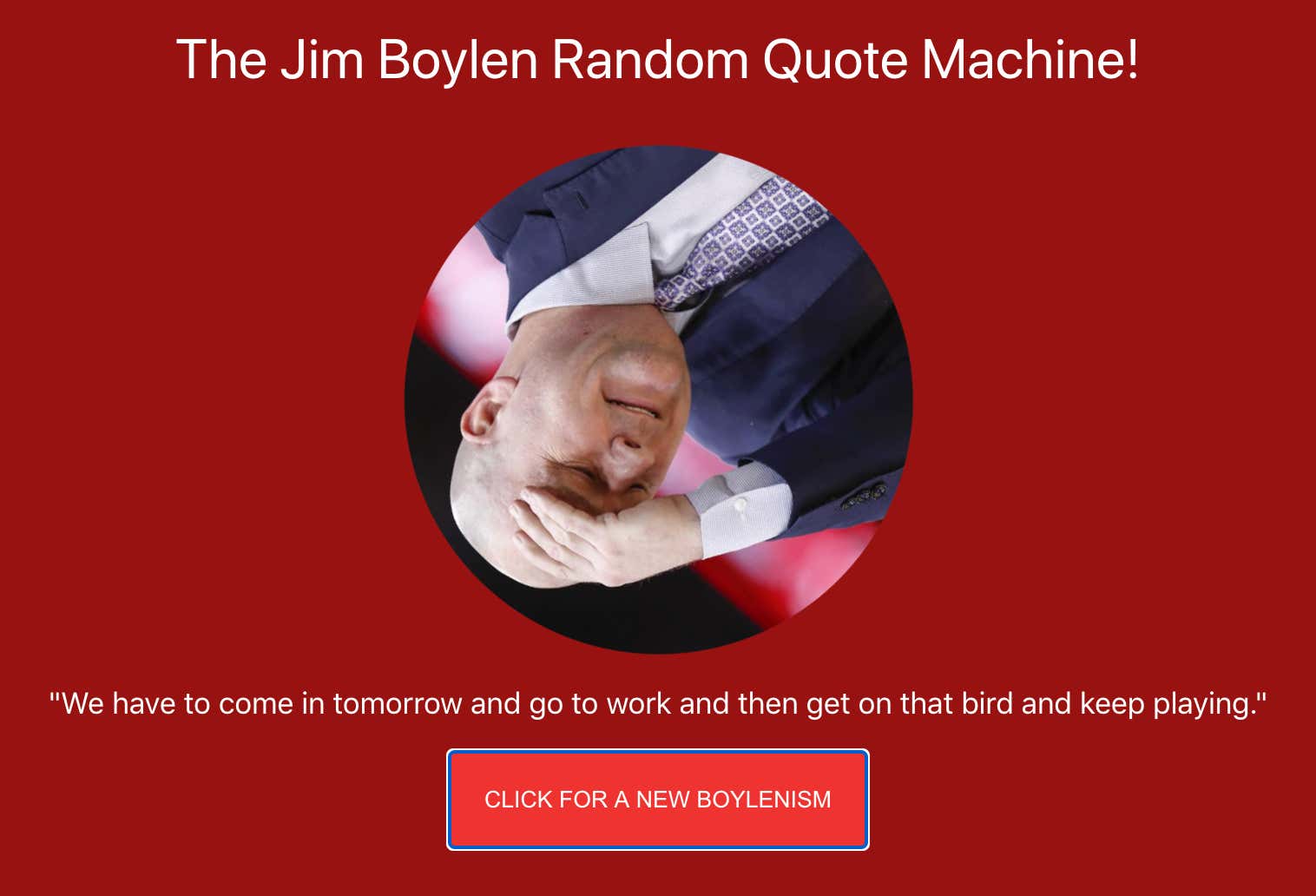 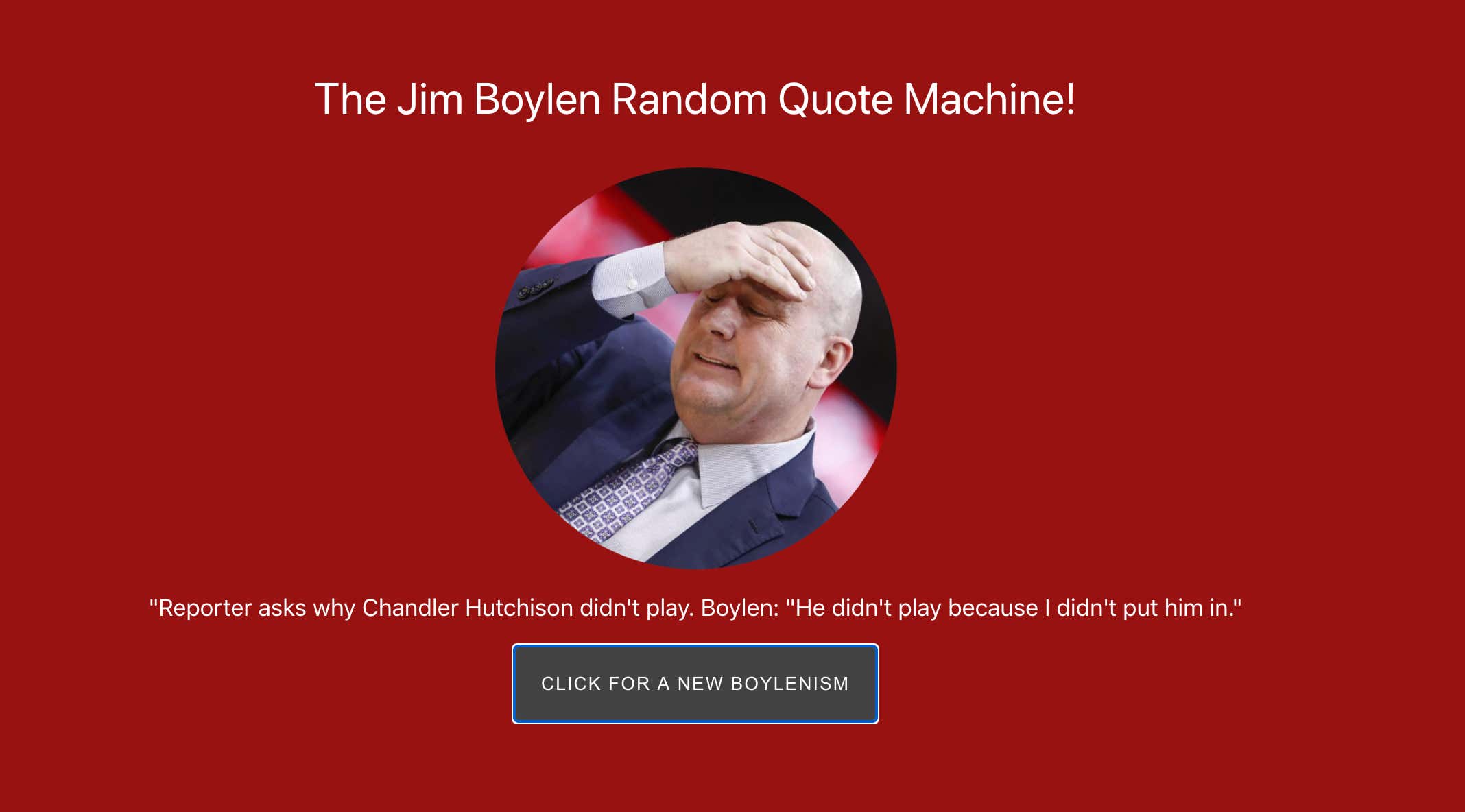 End of an era for a true wordsmith. Can't believe he's actually gone, and also can't believe he was ever hired to begin with. Imagine interviewing that guy and he says something like this 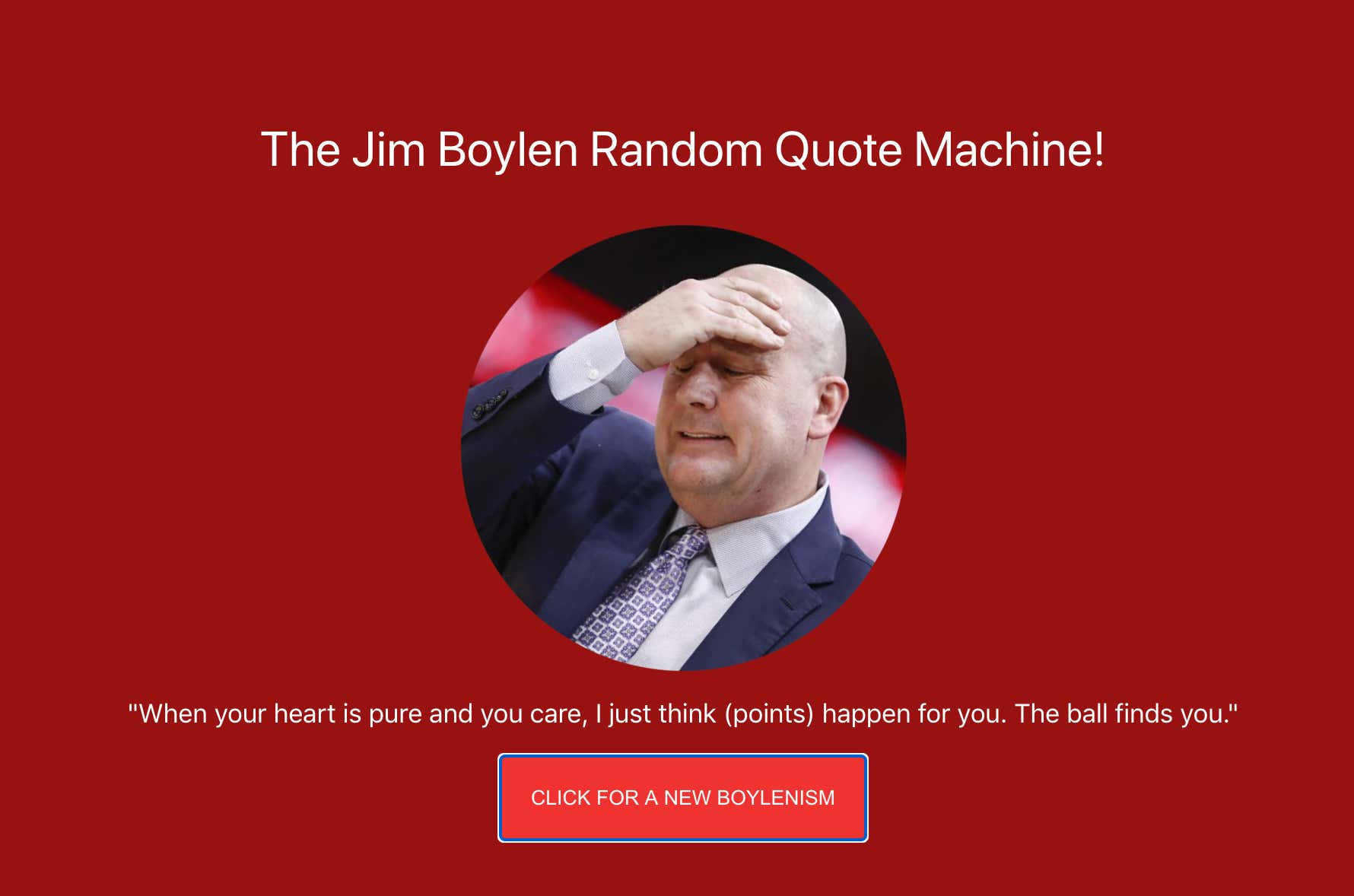 Not enough pure hearts to get the job done, I guess.

Seriously, go to the website because you can stay there all day.