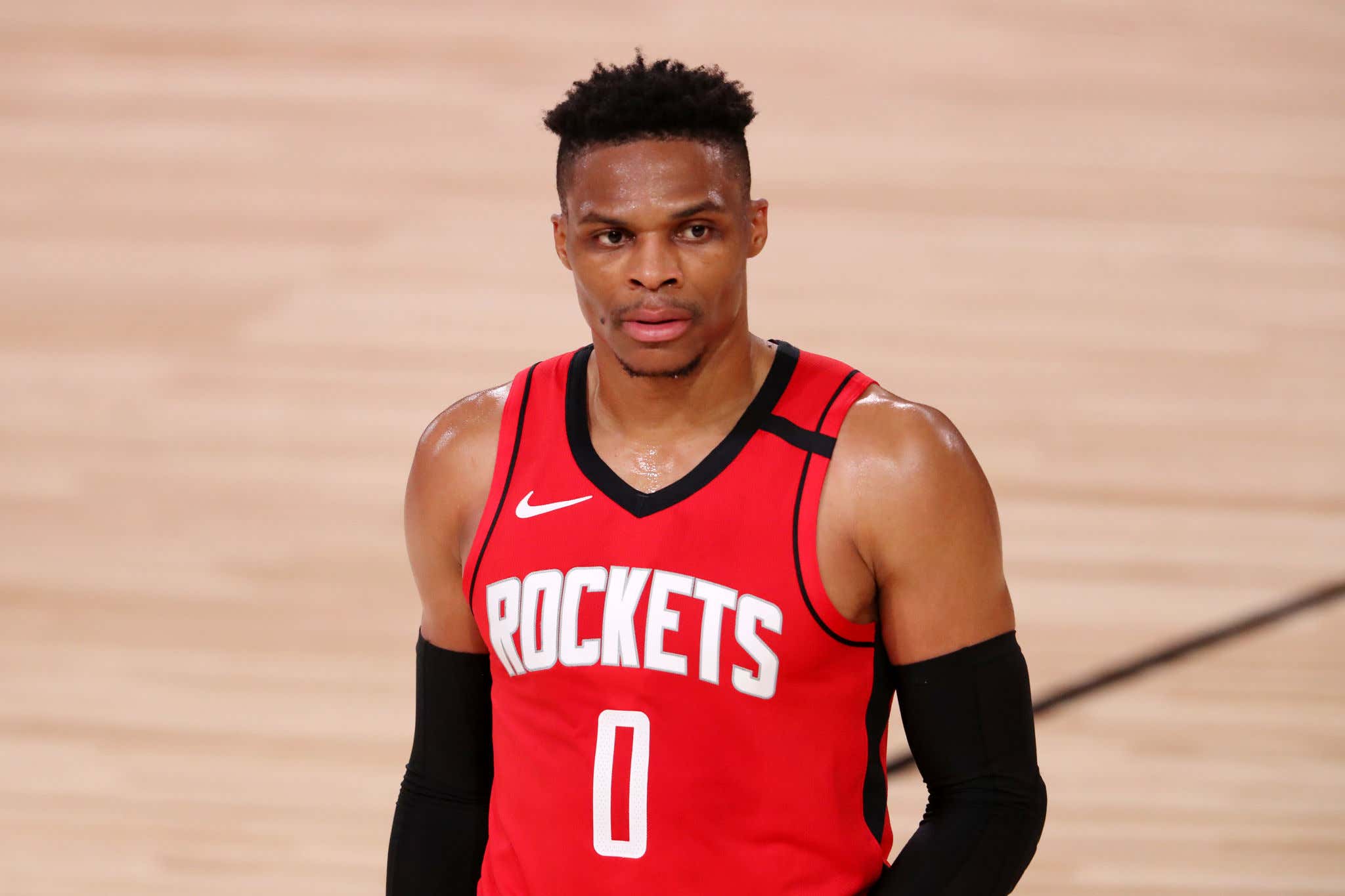 The other day while blogging about the Rockets I wondered if this is just a team that has a playoff injury curse. Whether it was CP3's hammy, Eric Gordon spraining his ankle in the bubble, and now this Westbrook news. While we all know Westbrook is a monster on the court, who knows how fast his body is able to heal and that's a big time problem for the Rockets in their first round matchup with OKC. It flat out sucks that both sides aren't going to be 100% healthy for the start of that thing. Not having Westbrook available is a huge factor in how that series might shake out. The Thunder are no fucking joke, have been great pretty much this entire time in the bubble and the focus of their attack is around those three guards. Having a guard like Westbrook matters on both ends of the floor. Not just because of his defense, but also his ability to get those opposing guards in foul trouble. Not having him for a game or two could absolutely sway the series.

Ever since the Rockets traded Clint Capela and went small focusing more on a spread em out offense, it changed everything for Westbrook. Ever since the trade deadline Westbrook was throwing up 29.7/7.7/6.1 on 52/36% splits. That efficiency improvement was HUGE for the Rockets. Getting 60 points from that backcourt is what makes them so dangerous. Without Westbrook, the Rockets lose a huge part of their offensive system and what makes them so hard to defend in the first place. If you are an opposing team and don't have a big on the floor, since you were so spread out Westbrook was getting to the paint and finishing at the rim with ease.

Who knows what a quad injury will do to his explosiveness, but I imagine it won't be all that helpful. I know a lot of people hate the Rockets but I was interested in seeing if Morey's plan would actually work. Given the fact their matchup was against Westbrook's old team, the whole thing stinks out loud. Is it too much to ask to see the Rockets make a title run without some sort of leg injury to a key player? Why are the Basketball Gods picking on them year in and year out. Feels a little unfair to me.

The condensed schedule sure doesn't work in Westbrook's favor, but something tells me he'll find a way to gut it out. Especially if the Rockets find themselves in an early hole. Suddenly Game 1 just because a whole lot more important in a series that was already going to be a dog fight. I just feel for Rockets fans. Every year it's something injury related and that would annoy the shit out of me.