NFL on FOX is the premier viewing experience. A big part of that in my opinion comes with the theme song, but also visually the graphics are even more important.

You're constantly staring at those MFs. 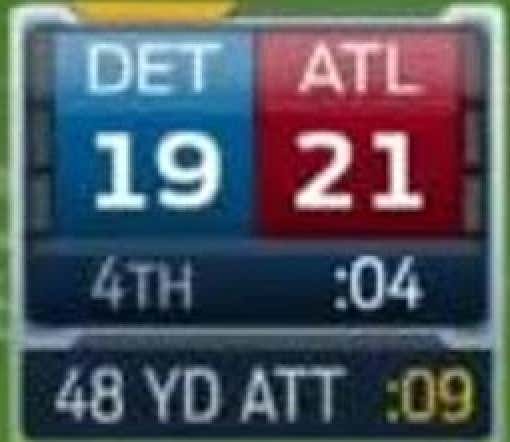 This just seems like the watered down K-Mart version of the "28-3" scoreboard graphic. Everything always seems really faded and generic. Unfortunately this graphic screams 2011 Lions at Cardinals for a 4:05 kick. It's coming in last for me.

Not a lot going here. I don't like the shape. The timeouts aren't even on the side so during the Holiday's they can't make the timeout graphics the Christmas light bulbs. 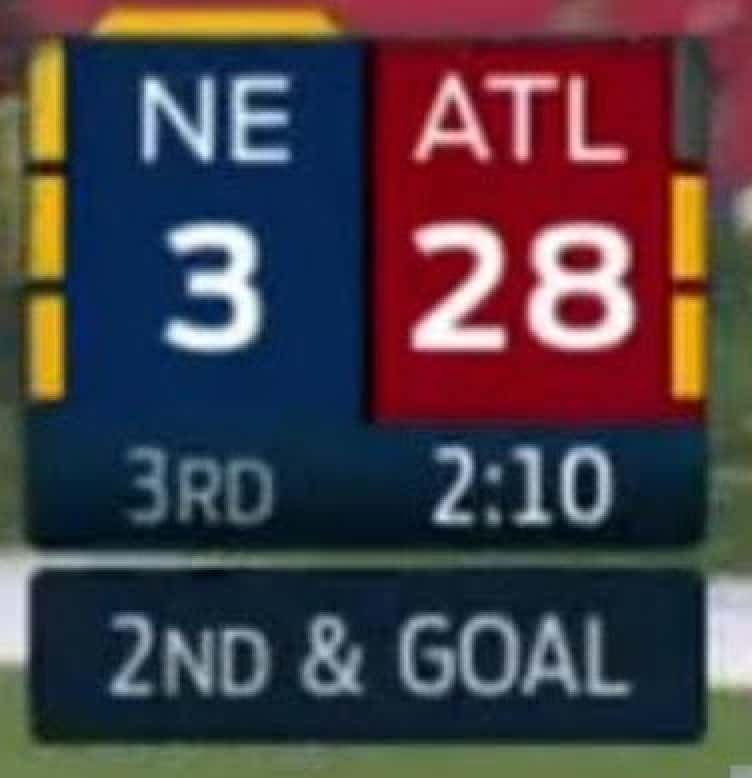 Take away the infamous "28-3" score on here and this one is blander than vanilla. The box score graphic can be tough to see the time which causes the inevitable panic at some point thinking that there is less amount of time for your team driving down the field than what you hope.

Hated how this one was the size it was and they kept it directly in the middle of the lower third of the screen. Just felt awkward with all that space on the side. Stretch that bitch out - you got the room. The reason this is higher for me is because it's the only one that features the team's logo instead of just "ATL" and "PIT".

The current FOX NFL graphic heading into the 2020 season. It's simple. It's clean. It just gives you what you need. I love the full team name instead the abbreviated city names. But there's room for more. Throw the team logo in there as well and it's a fully stretched, perfectly placed graphic. It's at 4 because it's a little too boring for me.

Now that we're into the top 3 it gets a little tricky. This has to be the most classic, one of the firsts, but it's too much before my time. I don't have a shred of a memory watching an NFL game with this as the scoreboard graphic. So this one falls more on me only being 26 (for 2 more weeks) than it does the graphic itself, but this one is still very, very strong.

Here we go. This is my childhood right here. The illuminating letters with the kinda jagged around the edge font and numbers. Ooooh. So 2004 it hurts. If this doesn't make you think of Donovan McNabb yaking in Jacksonville then you were either born in 2006 or you just aren't that big of an NFL fan.

This…this is the one as they say. It's fucking perfect. You look at this and just immediately hear Pat Summerall and John Madden calling a Cowboys game. Every time I see this I just think of that insane Randy Moss game his rookie season on Thanksgiving. 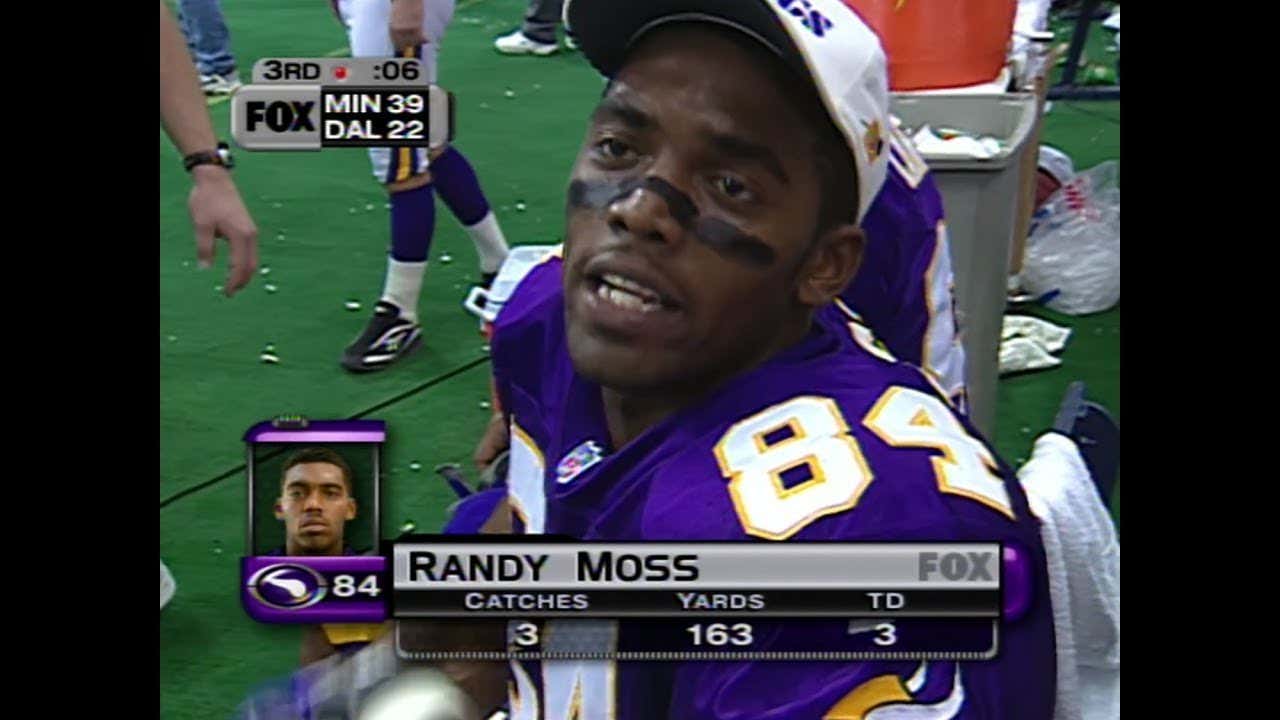 Peak NFL, and by far the best FOX NFL graphic.