Fuck it, it's 2020. Why not? You're telling me you wouldn't tune in to watch Stephen A. Smith debate Biden/Trump? I'd tune in and I don't even care about politics. I just want to see Stephen A. act like he's up there with Max Kellerman and Skip Bayless losing his mind. I want to see how he'd turn a question about the national debt into an answer about the Cowboys underachieving.

But, the best part is him now RT'ing everyone on Twitter who tells him to run: 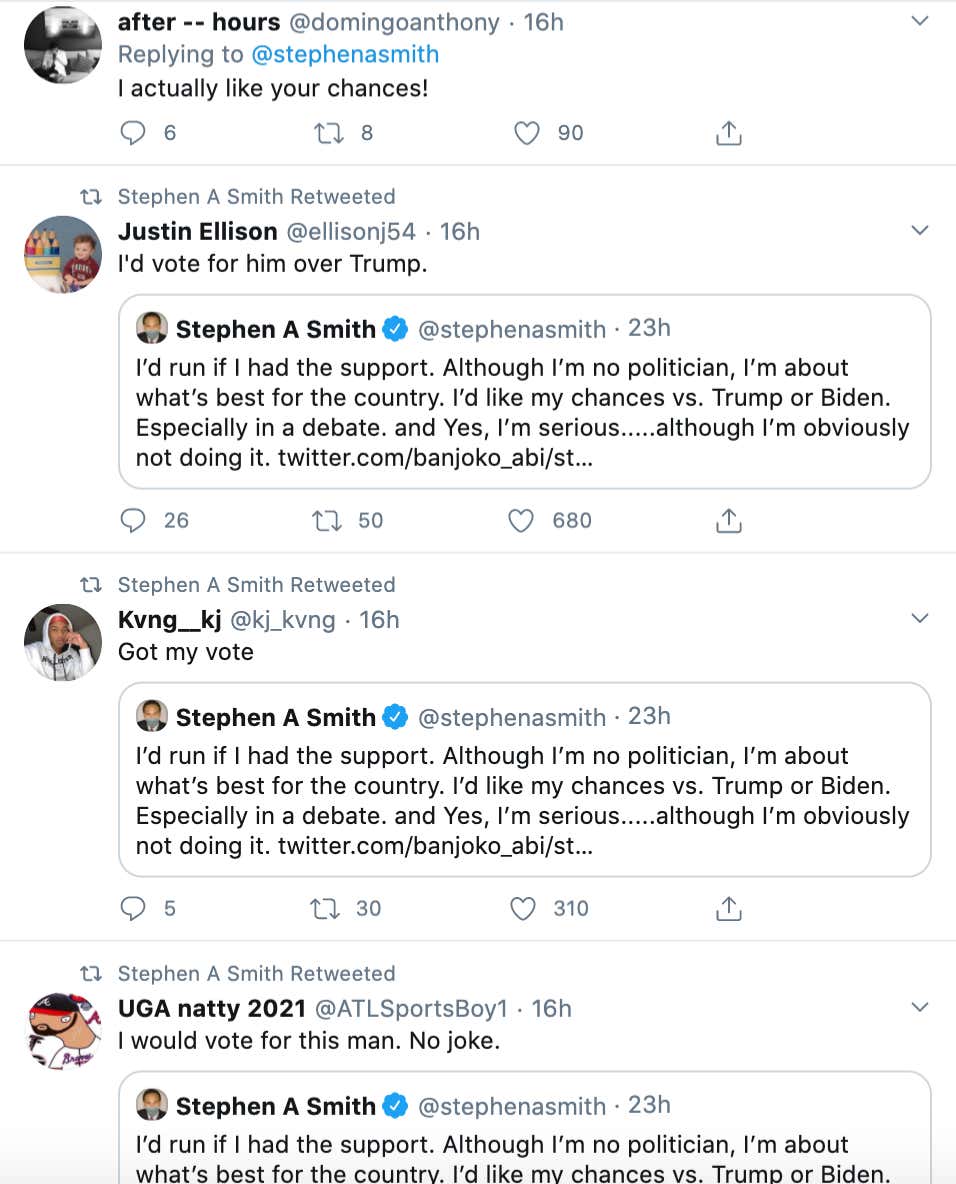 Just a taste of what's been out there so far. You can scroll his Twitter for more. Fuck it, we already have the Kanye Presidential campaign, lets just add Stephen A. and get as weird as possible. This is already the weirdest year of all time, what's one more thing to the list?

I also want nothing more than him having to answer a question about Coley Mick addressing his horniness on TV:

All that said, I trust him to dominate a debate. It's literally his job right now.