A Lodi city police officer saved a 66-year-old wheelchair-using man from the tracks of a speeding freight train on Wednesday morning, and the incident was captured on video. Though the train still injured the man's legs, he is now in critical but stable condition at a local hospital.

Officer Erika Urrea, a 14-year veteran in the police department of Lodi, a city 35 miles south of Sacramento, saw the man around 8:44 a.m. on Wednesday morning. His wheelchair had gotten stuck on the train's rails, leaving him immobile as the arms of the train signal lowered to block traffic.

This is one of those videos where you read the headline, you know it says "hero saves man," you know for a fact that everything turns out OK, but you watch every second with your butthole clenched so tight it leaves bruising. I mean I just watched this 10 times and then put it in a blog where I'm writing about how the hero cop saved the man stuck on the tracks, but if you hit play on it right now I'd still tense up and wonder if they're gonna make it.

Oh and yes, I know I might get canceled for posting this video of a cop being actually good, but I thought it was worth the risk. I considered creating a fake author name and profile but it would take too long and I haven't got the time, so there's nothing left to do but put my hand up and wait. I just hope they don't read the entire source article to see just HOW good of a cop/person Officer Erika is.

According to Lodi News, Urrea once tried to rescue an elderly man who collided with the rear of a bus while riding his bicycle on August 4. While waiting for the ambulance, Urrea performed CPR on the 62-year-old man. Eventually, paramedics arrived and continued the CPR. 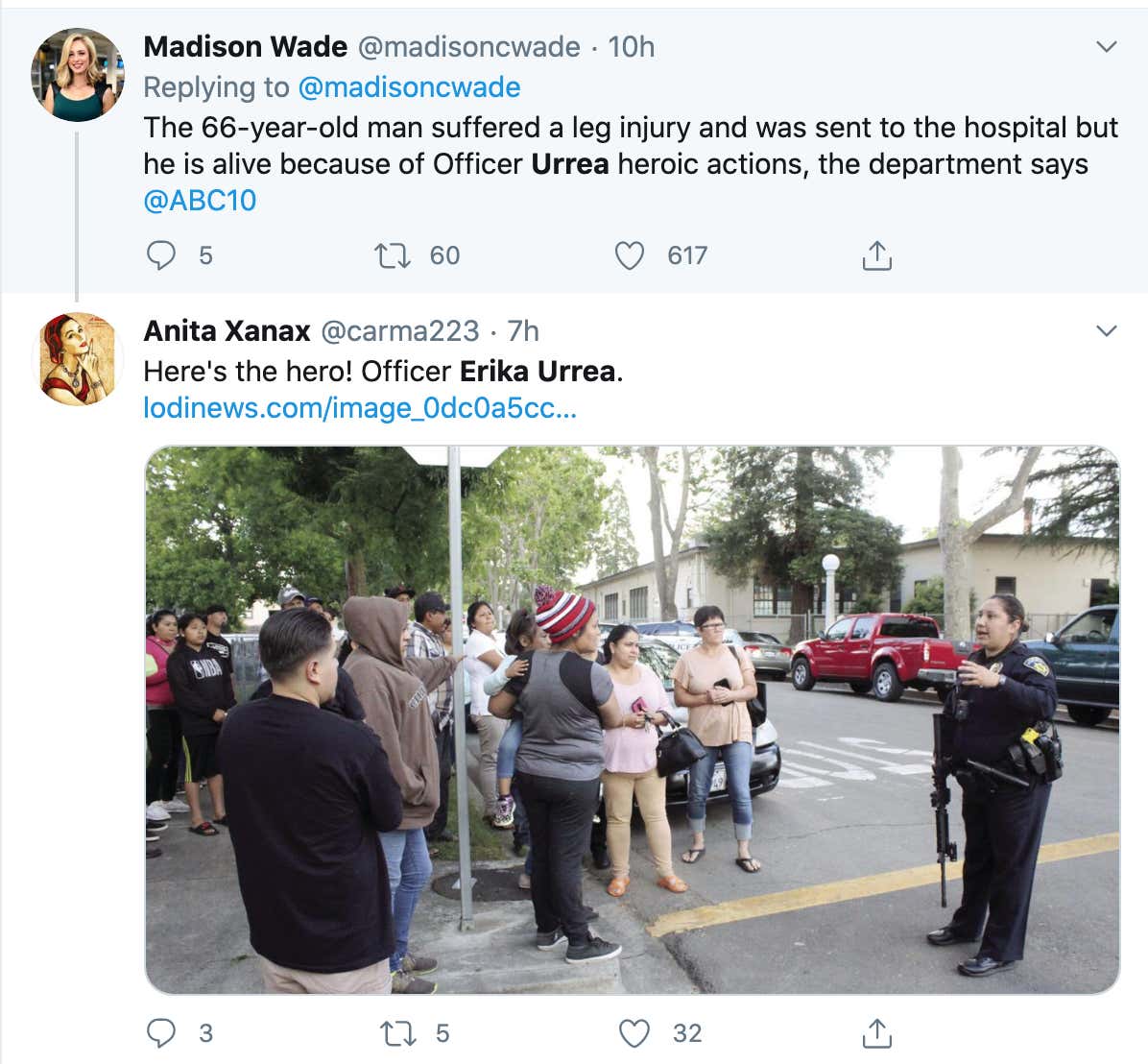