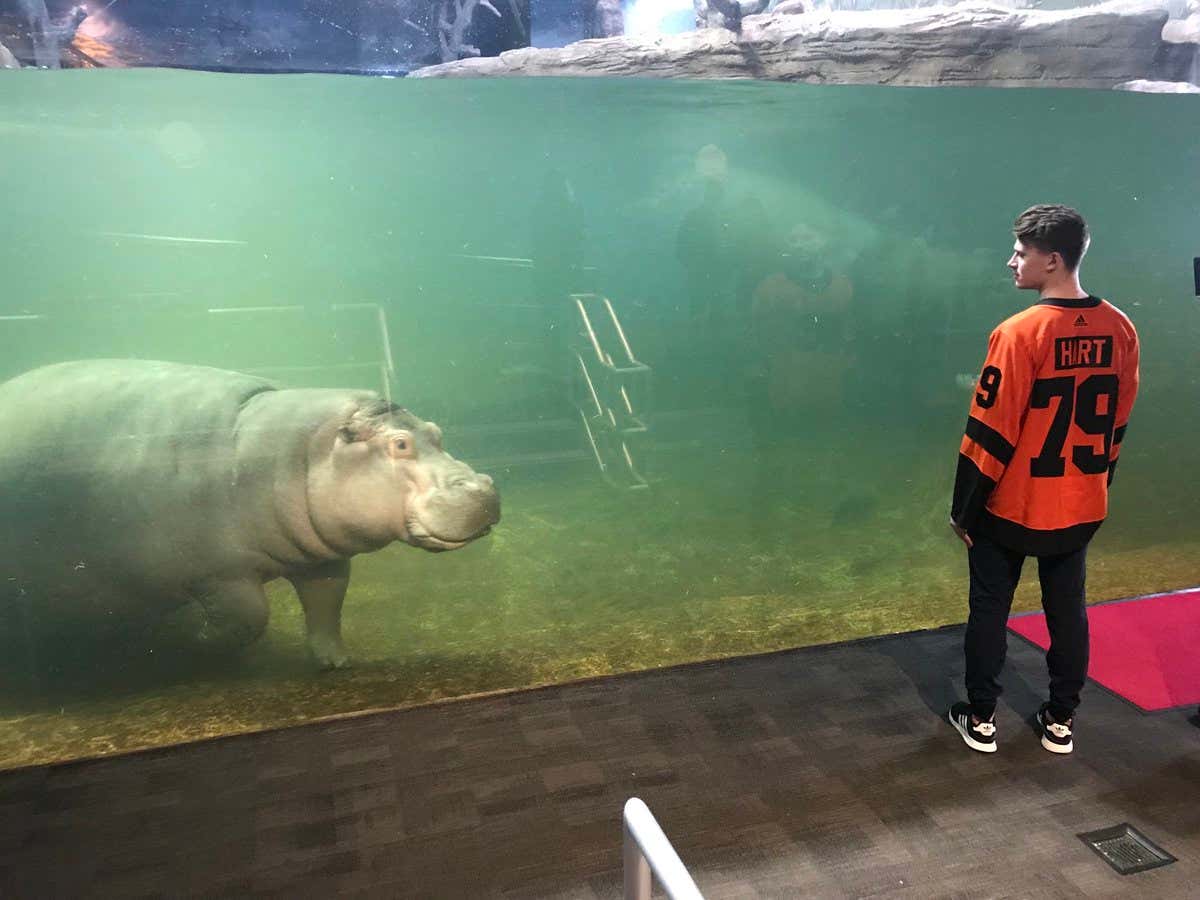 Fun fact: There's literally not a single person reading this blog right now who I wouldn't kill for Carter Hart.

This beautiful, majestic beast. He turns 22 at midnight. And considering Carey Price is still doing ridiculous shit like this at the age of 32, that means that at the very least the Flyers still have a decade of this animal locking down massive playoff wins. Just look at how ridiculously calm and comfortable he is between the pipes in his first Stanley Cup Playoff series.

The only goal he gave up on the night, he wasn't even actually in the net for. And it's not that Carter Hart necessarily "stole" that game for the Flyers because between the Scott Laughton clapper of death and Nate Thompson missing a wide open tap in, they had plenty of chances to really put this game away. But Carter Hart made sure that the Flyers not taking advantage of their opportunities didn't come back to bite them in the ass later. He gives this team the ability to play a full 60 minutes with confidence. A full 60 minutes of not needing to panic if they fuck up here and there. Carter Hart gives this team stability even when the game is complete chaos. And he's still just 21 about to turn 22 in an hour.

1 down. 15 to go. We'll have more on the game tomorrow but for tonight, thank god for Cahtah Haht.