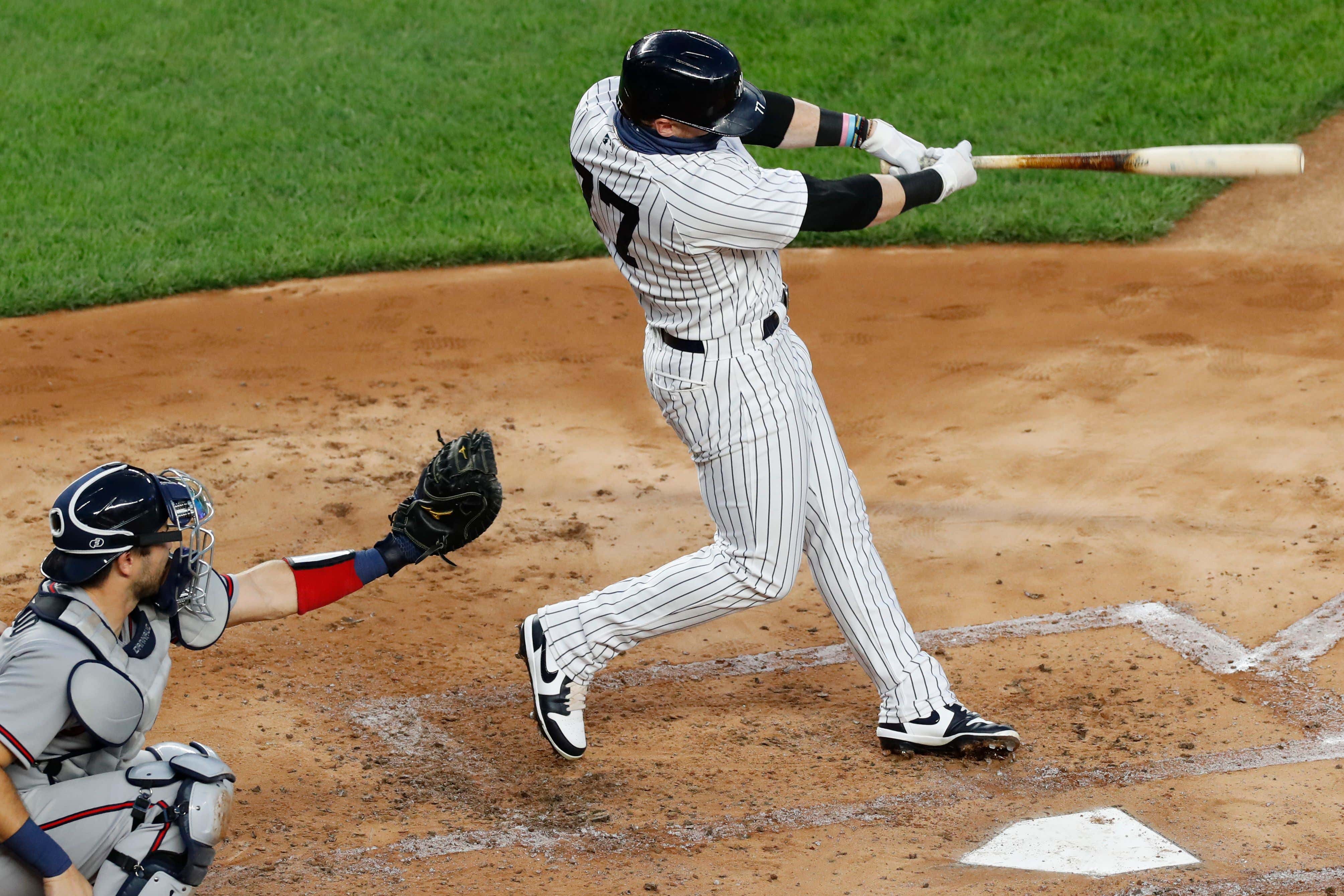 Clint Frazier returned to the New York Yankees starting lineup tonight and wasted no time asserting his dominance over major league pitching. Following a Gary Sanchez blast to get the Yanks on the board, Frazier pulverized a 94 mph fastball up in the zone and sent it over the left-center field fence to tie the game. What a fucking way to re-introduce yourself my friend. Clint said before the game this is the best he's ever felt playing baseball. I have no reason to argue with him at this time.

He wasn't done either. Clint went on to rip a single in his second at bat, followed by a double in his 3rd. His hands are so quick at the plate it's quite frightening.

His three hits tonight had exit velos of 103.1 98.1 102.0. Yeah I would say to play this motherfucker every single day and give him every opportunity possible to take over. He's that good. I still believe if you gave him 162 games worth of at bats in a season he'd put up All Star numbers. He's just been rotting away behind Brett Gardner and others for years. Now with Stanton sidelined it's his time. He's matured and ready to dominate. Play him EVERY DAY.

As for someone else not named Clint Frazier, DJ LeMahieu picked up four more hits on Wednesday night.

He's hitting .431 on the year and it's becoming more possible by the day that he actually breaks Ted Williams record. Dude is just unconscious at the plate. He is an absolute treat to watch with the bat and I hope the Yankees give him all the money he wants in the offseason. It would be a tragedy to lose him to free agency. I won't allow it.

Good win tonight and a nice 2 game sweep of the Braves. Off day tomorrow before the Sox come to town. Hopefully Judge can get back in there, but who the fuck knows with Boone. 12-6, feeling a lot better than I did after Sunday. Wish the Yanks gained a few games on Tampa here, but the Red Sox are actually the worst collective group of baseball players these eyes have ever seen.