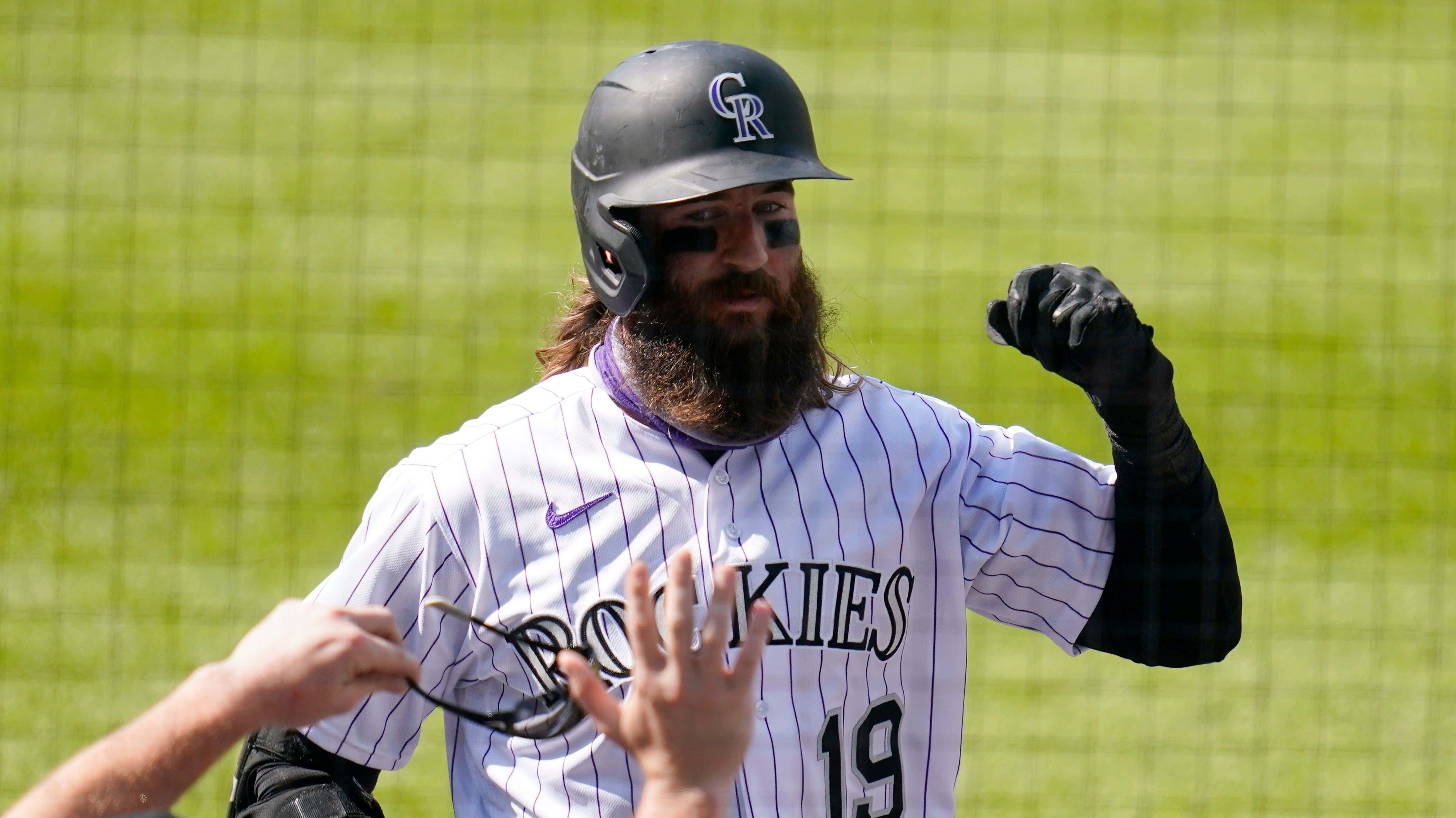 Last night Charlie Blackmon went 3 for 4 in the Rockies win over the Diamondbacks. Big whoop three hits who cares? Everyone should know by now that Chuck Nazty can hit the ole baseball better than most. What's the difference in 2020? Charlie Blackmon has decided to not get out….like at all.

Through 17 games, which is over a quarter of the season this year, the Rockies outfielder is hitting .500!! Do you know how many human beings have had a .500 batting average through that many games? Since 1941 there have been FIVE (5). Motherfucker has a hit in half his at bats. Want to know something even crazier? Blackmon started the year 0 for 8 after two games. He's currently 17 for his last 23. That's good for a .739 average over a six game span. I am incapable of putting into words how preposterous that is. Did coronavirus give this guy superhuman powers?

Before the season got going there was some curiosity if a guy could hit the elusive .400 number with the shortened season in play. Right now there are three contestants on the dance floor. Blackmon, San Francisco's Donovan Solano, and DJ LeMahieu. What Blackmon's doing though is on another level. The St. Louis Cardinals in their five games this year are a collected 34 for 157. Chuck is 34 for 68.

While we're on the subject, the Rockies are 12-5 and in first place in the NL West. They're not just mashing either. Rock Slide have three starting pitchers with sub 3 ERAs: Marquez, Freeland, and Senzatela. They have easily been one of the more fun teams to get on a roll in 2020 and I want it to continue so bad. The NL West has become a lot of fun all of sudden.

Here's Charlie on Intentional Talk the other day talking his hot start. Guy is as likable as they get.