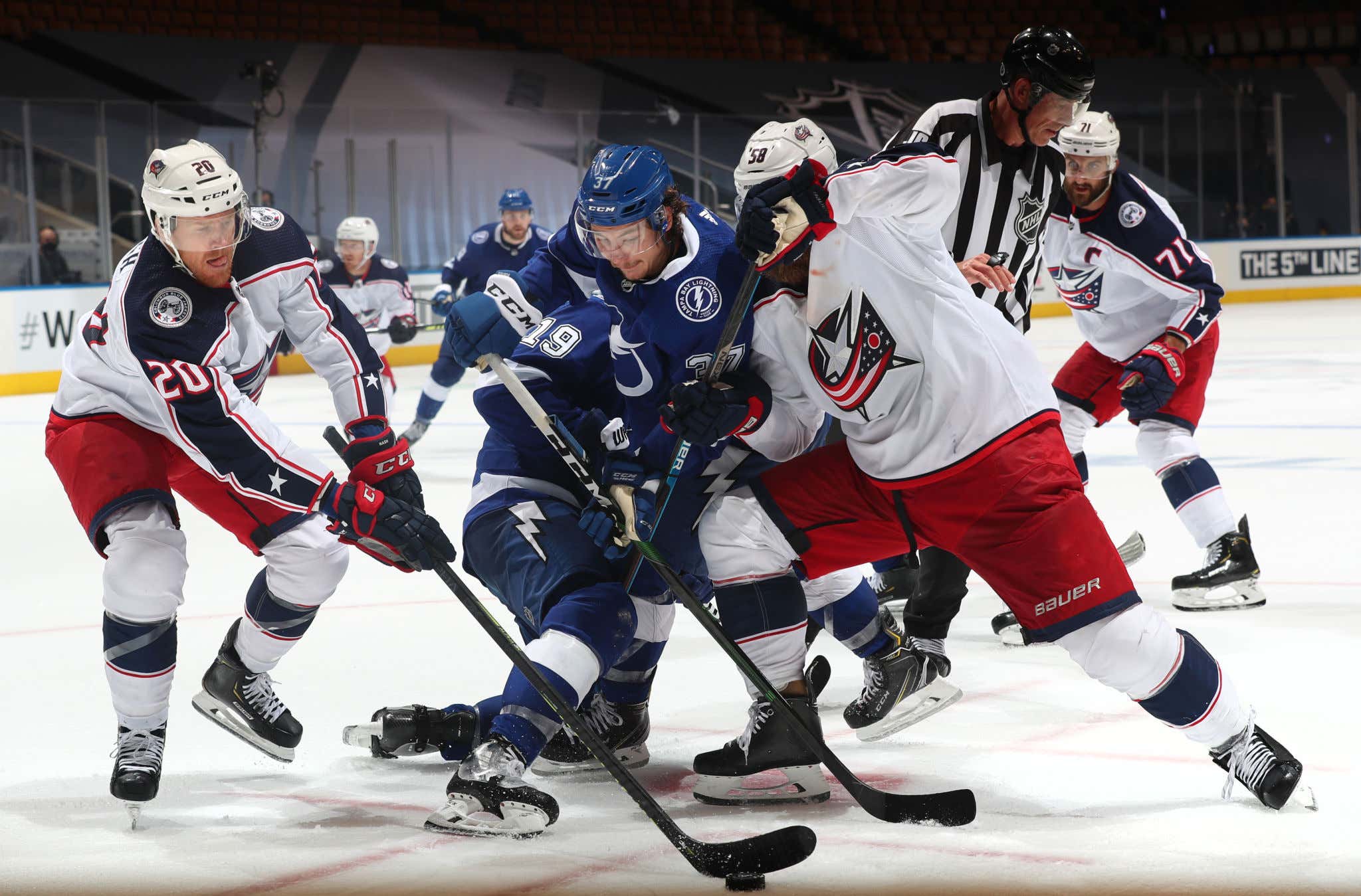 Everything about a quad overtime playoff game is awesome in general. When you start to see numbers like this, you realize how sick these bastards truly are.

Over 120 combined saves on the day from both goalies. Seth Jones is going to end up playing an entire hour tonight. And then you add in the fact that we're playing bubble hockey here. As I'm writing this sentence right now, it is 8:01pm ET. The puck is supposed to be dropping for game 1 of the Bruins vs Canes series but they can't get going until this game is over. And not only do they have to wait until this game is over, but they need to wait for the cleaning crew to come through and disinfect everything. That is going to take at least over an hour. Then they need a warmup. Then they'll probably do their best to buzz through the anthems but they still have some pregame shit they have to do. This Bolts vs Blue Jackets game started at 3pm and we're still going right now. Meanwhile, the B's and Canes probably won't drop the puck until at least 10:30, maybe even 11.

It's incredible. It's pure anarchy. I'm sure in the back of their heads, the NHL had an idea that something like this could happen. But on the very first game of the actual playoffs? Not a fucking chance did they see this one.

Oh, and we only have a few more minutes left in the Dallas vs Calgary game right now but it's only a 1-goal game. If that ends up going to overtime, it'll be absolute chaos. Let's get crazy and give me another 4 OTs, baby. Get that extra large pot of coffee going, it's gonna be a long one.