Jesus, dude. Rod Brind'Amour just turned 50 years old and this dude is still jacked out of his fucking mind. I mean imagine being a professional hockey player and you can't even go tarps off in the locker room after a game because your body is gross and disgusting compared to your 50-year-old coach's. Not that 50 is necessarily even that old but Sebastian Aho was born in 1997. Here is what Rod Brind'Amour looked like in 1997 when he was playing in the Stanley Cup Final with the Flyers. 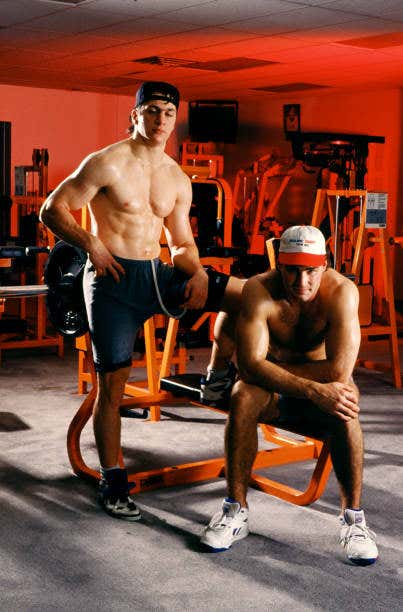 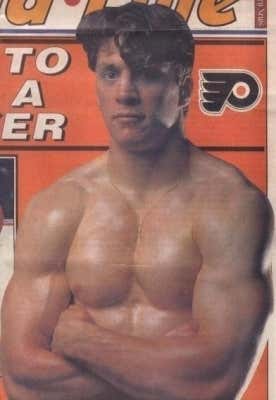 And he might be even more jacked today than he was back then. Meanwhile, Sebastian Aho looks like a kid who just had to buy his first stick of deodorant because puberty is right around the corner. Rod The Bod's traps and lats have traps and lats. What a beauty. What a specimen. If I were him, I'd go tarps off behind the bench for the rest of this playoffs. He couldn't do that when there are fans in the barn because the ice would get flooded and we're not talking about intermission Zambonis here. But without anybody in the crowd? Sex sells and NBC's ratings would go through the roof.