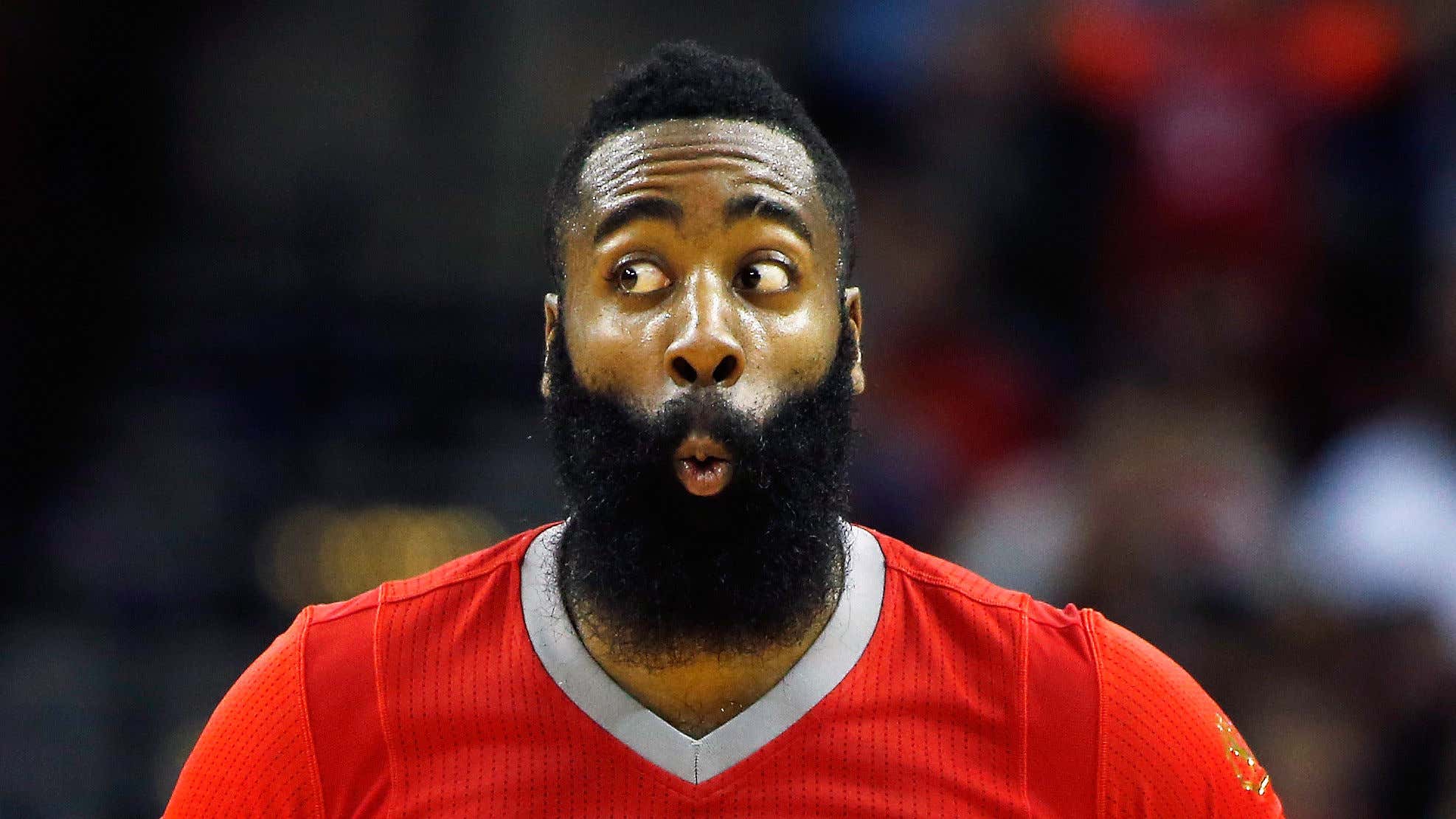 It's pretty simple when it comes to James Harden in my opinion. You either love him or hate him with no in between. Now full disclosure here, I am a huge James Harden guy. Have been ever since we graced the ASU campus together way back when. I love how he plays, he's going to go down as a top 3 SG ever at worst, he's a lock for the HOF etc etc. But many people don't feel the same way, and that's OK. Rockets fans are extremely defensive when it comes to Harden and the narrative surrounding him as a player, and I understand why. He's their guy. I'm sure there are players on your favorite team that you are just as defensive about. Rockets fans have this reputation that all they do is cry, and I dunno I mean every fan base does that shit. The one I root for included.

So why am I even writing this blog? Well, remember this pass from Luka we saw this weekend?

The internet collectively lost its mind. Myself included. A ballsy pass like that in a big time moment is a level of confidence I'll never experience. People were slurping Luka left and right and it's not exactly a surprise. The man puts on a show night in and night out, is basically a teenager and is probably a top 7-10 player in the league right this second. But then there were takes like this

Which is what I imagine sent Rockets fans over the edge. Why? Well that's the purpose of this blog. James Harden has been doing this exact pass for a longgggggg time and honestly nobody really gives a shit. We certainly didn't freak the hell out every time he did it like we did with Luka

Maybe this is a testament to Harden's greatness that we just expect a play like this. You could argue that, but I'm going to disagree. I just think it has more to do with the narrative surrounding each player. Everyone LOVES Luka. He's taken the league by storm. When it comes to Harden, people are much quicker to discredit everything he's done rather than give him praise. I'm sure people will talk about his postseason failures and all that, but that's not what I'm talking about here. I'm simply saying that I understand why Rockets fans have to act the way they do because this pass is a perfect example of how their star is treated in the public eye.

I know, I'm a Harden guy so I'm obviously a little biased, but you have to admit the reactions of the same play from two different players was not exactly the same. I can see why Rockets fans are so defensive. It's annoying when the team writes a whole study and submits it to the league talking about how the refs boned them in a Game 7, and they DO have to actually get over the hump eventually, but there is some level of accuracy when it comes to people overlooking what both James Harden and Russell Westbrook are doing. I get where Rockets fans are coming from when they shit like this and yet people don't give that same sort of love to someone who has been doing that exact pass for some time now.