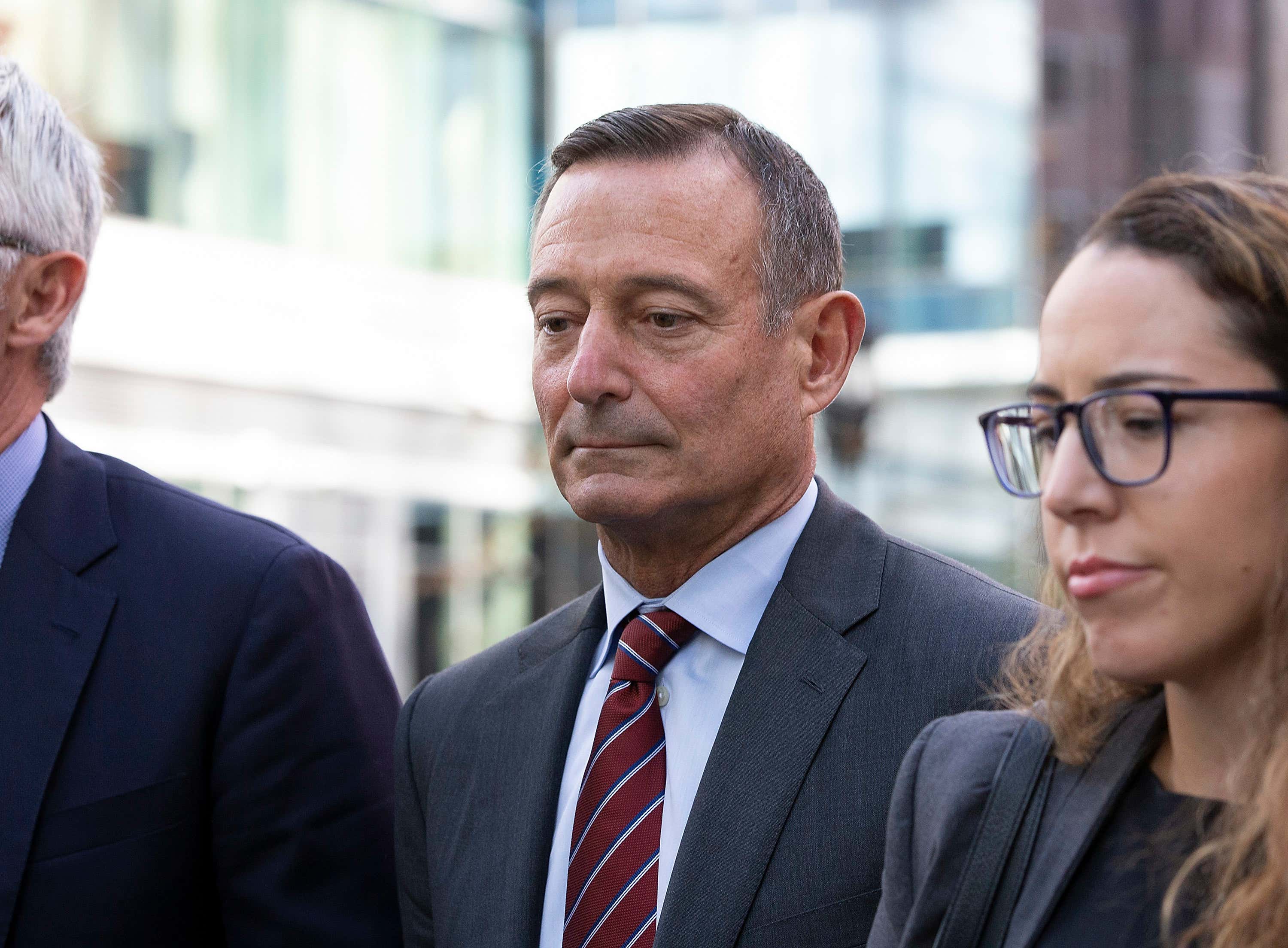 Daily Mail - An ex-financial firm CEO who paid $850,000 to get his children into elite universities has described life behind bars as 'torture' as he pleads to be released from jail.

Douglas Hodge, 62, an ex-Pimco boss, pleaded guilty last fall to paying $850,000 in bribes over an 11-year period to ensure his four children were accepted into the University of Southern California and Georgetown University.

He arrived at a federal prison in Otisville, New York, on June 23 and is now demanding that he be allowed to serve the rest of his nine-month sentence at home.

Hodge's lawyers claim that he was placed in solitary confinement for 29 days and sat in his cell for all but 15 minutes every day, according to the Boston Herald. …

Feds say that all prisoners at the medium-security prison Hodge is kept at can shower three times a week and use the phone twice in that time and are entitled to fresh clothing, water jugs and ice.

Prosecutors say that Hodge's claims of being 'torture' are false and explain that he was kept in quarantine for two 14-day cycles as a pre-caution to minimise risks from the virus.

They also point to Hodge expressing remorse for his action at his sentencing hearing but then publishing an opinion piece in the Wall Street Journal where he claims to be the victim.

Otisville prison. Otisville … Hmm. Why does that name sound familiar? Oh, right. That's the place Forbes called "one of the 10 cushiest prisons in America" when Trump associate Michael Cohen got sentenced there, and said it's the only place Bernie Madoff wants to serve out his term. It's also been home to Mike "The Situation" Sorrentino. It's where they sent Billy McFarland after The Fyre Festival scandal. It's also hosted electronics mogul "Crazy Eddie" Antar and the guy convicted of insider trading with Martha Stewart. And it's the place Record Online called "a castle behind bars."

“You could do about anything you wanted there,” claimed former inmate John Altman. “It’s not just good. It’s sweet. That’s why you request to go there.” … The prison’s store doubles as a delicatessen, serving up such favorites as rib steak, gefilte fish, salmon, chorizo and smoked oysters. It’s just a 90-minute drive for visitors from New York City, and it boasts boccie courts, horseshoe pits and enough room to play soccer. Altman, who has spent time in six prisons since his 1989 conviction for running an interstate prostitution ring, said convicts could stay up until 2:00 a.m. on Friday and Saturday nights watching HBO, Showtime and Cinemax. The low-security camp that’s connected with Otisville’s 1,200-inmate medium-security complex is exclusive too, housing only about 125 felons, two to a cell. Memorial Day and the Fourth of July are celebrated with cookouts serving hamburgers, hot dogs, watermelon and potato salad. “The food is right. The commissary is right. The officers don’t bother you. There are a lot of courses you can take. You had weights inside and outside, free weights and machines,” Altman said. “Food, activities, TV and movies, and visitations are the four things you judge a facility by,” he said. “Things were good.”

Full disclosure: I've never been arrested. As much as I would've liked to have made the Brady 4 into the Brady 5, I was employed elsewhere at the time.

Otherwise, I've somehow managed to steer the ship of my life through some very treacherous waters without running it aground behind bars. (So far.) And I'm not lying when I say on rare occasions, I actually have nightmares where I find myself being hauled off to the old Graybar Hotel.

That said, Douglas Hodge's time at Otisville doesn't sound like it meets the United Nations definition of "torture." On the contrary, it sounds like an all-inclusive I want to go to. Seriously. I would like to spend a week there.

Three hots and a cot. Ribeyes, salmon, smoked shellfish. A premium cable package that I don't even have. Lights out at 2 a.m.? Do you have any idea how long it's been since I was able to stay up til 2 in the morning without a sleepless Irish Rose demanding I come to bed? Cookouts? I can't remember the last time I went to a cookout. And when I have one, I ended up doing all the cooking. Plus they have a full gym. Visitation. And, one would assume, conjugal visits. This sounds like some real Jordan Belfort playing tennis shit. So where do I sign up?

I don't know what Hodge is thinking life on the outside is like right now, but my advice is that he stay right where he is. Sure, being penned up with a bunch of other guys might not sound ideal in a pandemic. But he should take a walk in our un-incarcerated shoes for a minute before asks out. The odds of contracting Covid in a closed population where newbies get quarantined for two weeks sound a lot lower than ours on the outside.

But hey, if he talks his way out, that's his it's funeral. My only question is, what do I have to do to take his place for a few months?