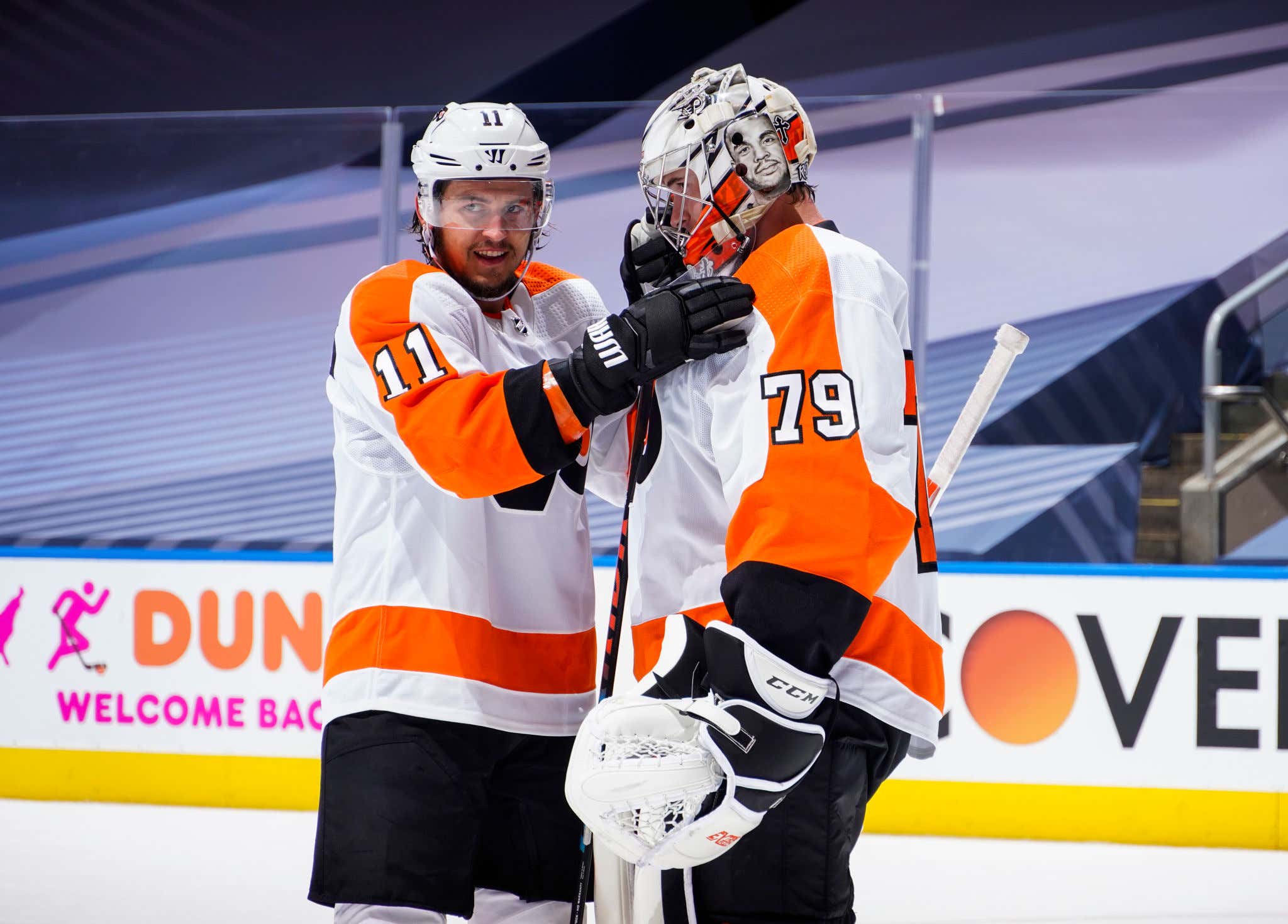 I'm gonna be real with everybody for a second here.

Rarely are my heart and my brain ever in agreement when it comes to the Flyers. They are ALWAYS at odds with each other whenever it comes to this team. There have been so many moments where my heart has been all the way in on a Flyers team but my brain knows that it's just too good to be true. There have been so many times where my brain tricked me into thinking that the Flyers were a legitimate contender but these bastards ripped my heart out of my chest and clap bombed it off the glass.

But right now? This team? This team is different, man. This team just has it. This team is everything that I've ever wanted a Philadelphia Flyers team to be. They are so deep. Like so so so deep. The Flyers haven't lost a game since entering the bubble and they haven't gotten a single goal out of Claude Giroux or Jake Voracek. Tonight it was Nic Aube-Kubel with 2 goals on the night. A guy that I can guarantee you maybe 1.5 people in Tampa Bay have ever heard of before. This team just comes at you in waves. The top line is always going to have a tough matchup so you can't expect them to get a lot done on a nightly basis. But the 2nd line is always winning their matchup. The 3rd line is always winning their matchup. And the 4th line is always going to be a menace. This team is so deep.

Sean Couturier battles his dick off to get to that loose puck in the corner against Cirelli and knock it up the boards to Ghost. Gostisbehere then makes an unreal dish over to Farabee to prove how much he can add to the lineup when he's healthy and confident out there. A great hustle play from Coots, a great skill play from Ghost, and then Farabee stashes it in the back of the net. That's hard dick hockey right there, boys and girls. And that's exactly what the Philadelphia Flyers epitomize. They play hard dick hockey from the first whistle to the very last. And if they ever make a few mistakes along the way, they've got a 21-year-old phenom between the pipes to bail them out.

Carter Hart has so far given up an incredibly unlucky bounce to Boston, and a powerplay goal to Tampa. That's it. 120 minutes of "playoff" hockey under his belt and those are the only 2 goals he has given up so far. And now he gets to play against his idol Carey Price in the first round of the playoffs. And even though Carey Price looks unbelievably dialed in and stole that series against Pittsburgh, Carter Hart might just be the only goalie in the NHL right now who looks better than him. So this should be an incredible 5 games to watch coming up.

Again, this team just does a little bit of everything. They grind. They dangle. They compete. They dominate. They are a fucking relentless hockey club to play against. I mean even the guys who aren't ending up on the scoresheet every night are going to be the biggest pain in the ass for teams to play against. I can guarantee you right now that the Montreal Canadiens are going to despise Tyler Pitlick for how hard this dude goes every time his skates hit the ice for a shift. Same for Derek Grant and Nate Thompson and Bunnaman. This team goes and they strictly go hard. And now they're the top seed in the Eastern Conference. What a night. What a hockey club.

In AV We Trust. Let's have ourselves a night. We've earned it. Flyers in 5.