To the ignorant, uninformed observer, Tiger Woods may have shot a 2-over 72 today with a shitty putter dropping him to 10 shots off the lead at the 2020 PGA Championship. To that same moron, Tiger didn't have a chance this week.

Exhibit A, this idiot:

The greens were just too slow.

Slow greens that look fast? What the fuck? What a joke.

Now look, I love the PGA of America. They've done a heroic job putting on a major championship during a once-a-century global pandemic. The deserve enormous credit.

They also need fast greens next year. Greens that both look fast and are fast. No more of this slow greens that look fast poppycock. What is this a magic show?

After trading in New Scotty for a sledgehammer TW played the final three holes in 2-under. I'm not a math major but with that performance all week he'd be 36-under heading into Sunday, probably leading.

The point is this. TW is healthy, moving freely, and plenty capable of winning majors. I'm sure he'll go low tomorrow and then we'll see you at Winged Foot. I trust my close personal friend USGA will do the right thing and provide fair greens that both look and putt fast.

But I will cut and roll the greens myself if I have to. And now we're onto a pretty exciting leaderboard: 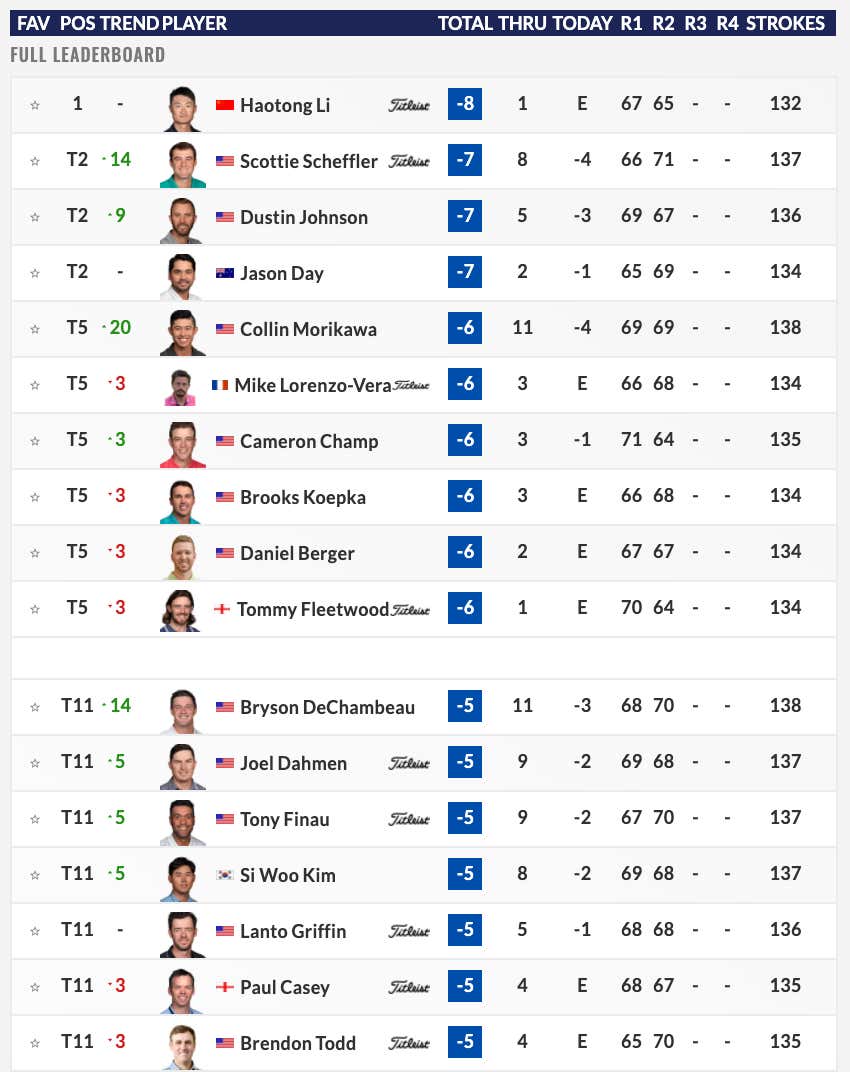