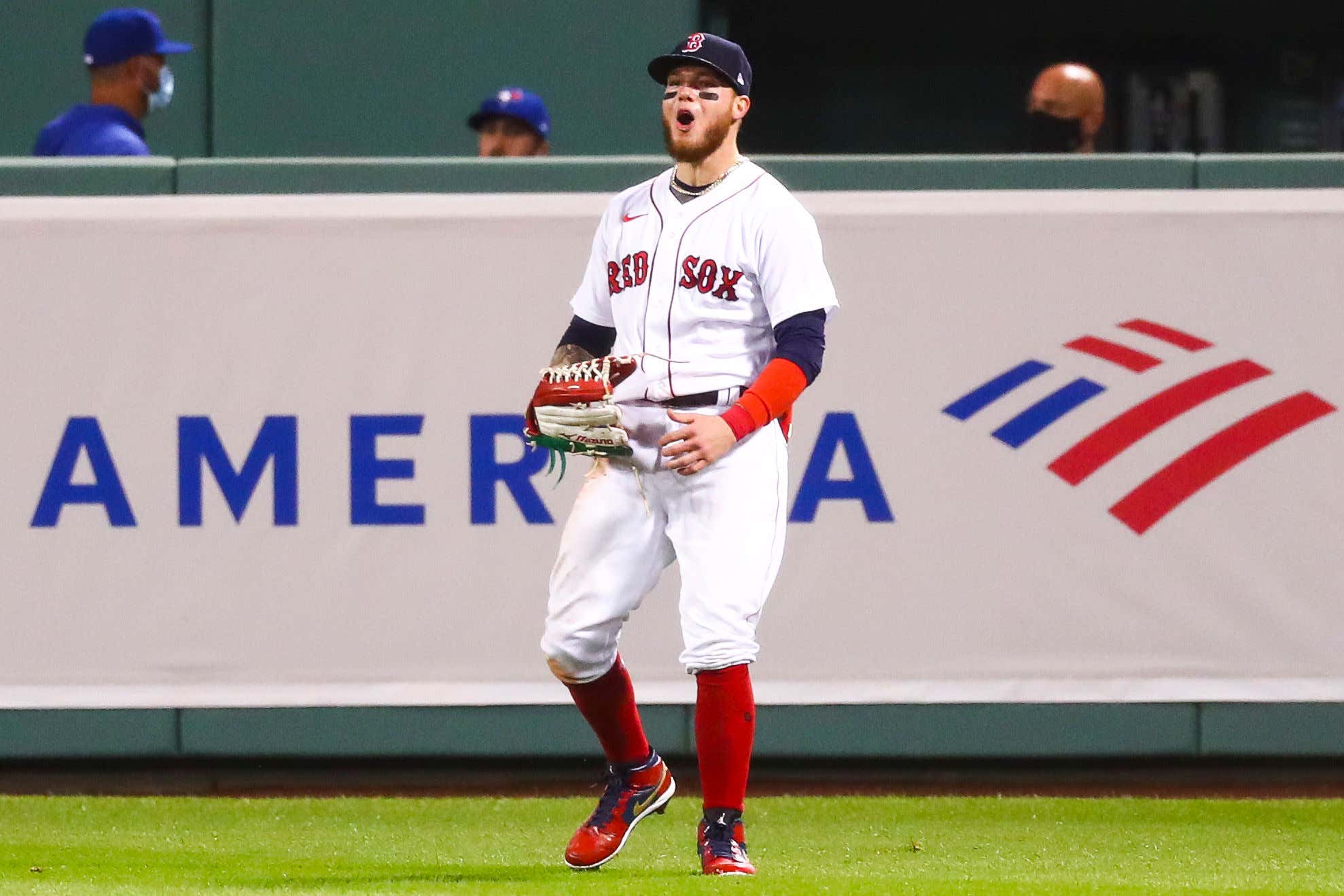 Alright, I'm over Mookie. Not really, but this helps. A lot. Alex Verdugo is a goddamn electric factory.

Point out the standings, comment about how trash the Red Sox rotation is and chirp about Mookie Betts being a Dodger. Whatever. I'm just trying to get by every day watching this baseball team without being depressed, and I don't think I am right now. I understand that a World Series isn't in the cards this year, but I'd much rather watch a team that nobody expects to do anything…do some things. With the expanded playoffs going from 10 to 16 teams, it's not out of the question for the Red Sox to at least get in there. I know there are some folks who want the Red Sox to tank for a draft pick, but this ain't the NFL. The MLB Draft is a fickle thing, so even if, best case scenario, you get the number one pick, who's to say you got the best talent in the draft? You probably didn't. I'd rather win games.

Back to Verdugo for a second. I didn't know what to make of this kid when he first showed up. You had the off-field stuff that happened when he was a Dodgers prospect. That story, to me, still isn't clear although those in the know would tell you that he's clear of any wrongdoing. But from a baseball perspective, I didn't know how he'd fit in Boston. As you saw tonight, he's got a shit ton of energy on top of the unquestionable talent. As much as I love the guys in that Red Sox clubhouse, they're not exactly spark plugs. They're the quiet, go about your business-type guys. That's not Verdugo. And honestly, I think that's a really good thing, especially in a year like this where the bar was set so low in terms of expectations. Give me a reason to watch. Verdugo is quickly becoming one.

Verdugo homered in the series finale against Tampa on Wednesday, and followed that up with two more tanks in the series opener against Toronto on Friday night. With Andrew Benintendi struggling mightily at the plate, the guy that the Red Sox wanted to replace Mookie in the leadoff spot, I think we've found our new leadoff guy. Normally the whole questioning the manager thing wouldn't play in Boston, but Verdugo wasn't wrong when he told Sox skipper Ron Roenicke that he can hit lefties after being subbed out against left-handed pitching. It's true. He can do it. He should be in there every day. And after the performance that we saw on Friday night, I'm not sure there are many out there who would disagree.

You'd think that homering twice would be the highlight of your night, but I'm not so sure that's true. In the ninth inning with a two-run lead, Travis Shaw stroked a Brandon Workman hook that was headed for the bullpen until Verdugo ran it down and brought it back. Under .500 record be damned, that was the first time I felt something watching this team since their offensive outburst on Opening Day.

So, there he is. Mookie's replacement. If you're not sold after one game, then the least you can do is tip your cap and acknowledge that coming to a market like Boston, replacing arguably the most talented player in franchise history, and getting off to a start where you're hitting .294 with a .927 OPS on top of robbing homers is not an easy thing to do. He's doing it. And I'm loving every second of it. Oh, and his last name in Spanish translates to The Executioner. How fucking badass is that? The Executioner.