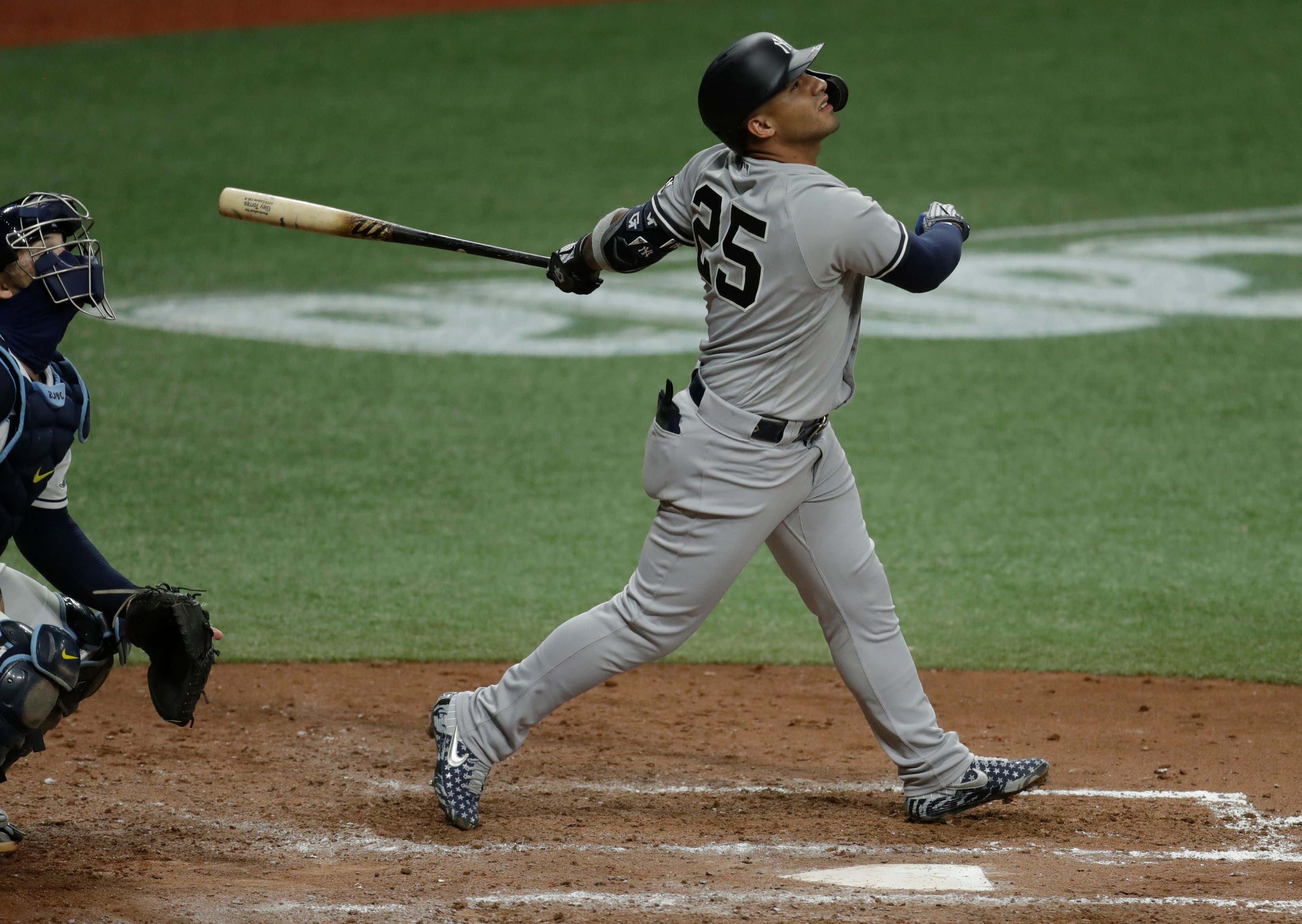 That baseball game felt like I had needles in my eyes the whole time. Friday night's 1-0 loss to the Rays was the most painful loss of the 2020 season for the New York Yankees.

The Yanks faced six Rays pitchers and managed to only collect two hits on Friday night. For 5+ frames they were hitless. It sucked. What's worse is they wasted a great start by Masahiro Tanaka. The Bombers entered this game with a 7.22 ERA from starters not named Gerrit Cole. Tanaka, in just his second start back from being struck in the head by a 112 mph Giancarlo Stanton line drive, twirled five masterful innings of shutout baseball. This was playoff Tanaka. I know it was just the 13th game of the year, but vintage Masa came out to play tonight and it was a treat to watch. 5 innings, one hit, no walks, five punchies in just 59 pitches (he's still being stretched out which is why his pitch count tonight was so limited). He's still got it. I fucking love this dude.

That was all great, but the performance was wasted because of a lifeless effort on the offensive end. Listen, I get that it happens, but it still sucks to see the bats go quiet like that and lose 1-0. Two fucking hits? Snell went three innings and they couldn't take advantage. Shoot me.

Two specific moments killed the Yankees chances of winning this baseball game. Top of the 7th, two outs, bases loaded for Gary Sanchez. Dude gets blown away on three straight fastballs. Completely overmatched by Anderson. Never had a chance. Maybe he had slider in the back of his head the whole time, but Jesus Christ man that was pathetic. Figure it the fuck out. I've tried my best to stay patient with Gary, but goddamn has he been useless over these first 13 games. I mean completely, utterly useless. I'm not giving up, but it's frustrating to see a great hitter like he is be this lost. When he's on he's the best hitting catcher I've ever seen. When he's off like this you'd think he never swung a bat before. It's ridiculous. Dude also could have set up better on Ottavino's wild pitch that put the winning run on 3rd in the 8th inning. Not a great night for Gary.

The second moment came in the 8th when the always reliable Mike Tauchman led off the inning with a double to the opposite field. Top of the order due up, this was the inning to take the lead and win it late. DJ proceeded to ground out to short in the next at bat.  Tauchman opted to be super aggressive and tried to take third on the play.  Adames threw him out easily with the play in front of him. Just a really bad play on the base paths that wasn't necessary. Just brutal and sucked the life out of the inning. Can't say a bad word about Sock Man with what he's given this team over the first 13 games, but that was tough. He knows it too, and he'll beat himself up way too much about it tonight for sure. Just a bonehead play to kill a rally.

And finally, Gleyber Torres. I love Gleyber to death, but what are we doing here man? Another 0 for 4 night dropping his average to .119. Guy's OPS is .368. What's going on here? He's too good to go on a slump like this. Was it that hit by pitch on the elbow a week ago that's still bothering him? I mean something has to be up. We're not watching the real Gleyber play baseball right now. They say he's healthy so is it really all mental? This guy should be locked in as the three hitter smashing baseballs all over the field. Instead he hit sixth tonight because Boone didn't have a choice. He's over swinging and making weak contact with seemingly everything. I need All Star Gleyber back and I need him now.

I'm far from worried. This is a great Yankees team. I just don't know what's up with Gary and Gleyber. I have genuine concern with those two and it gets worse with every game. Positives from tonight? Tanaka looked nails and Cessa was actually a rock out of the pen for two big innings. 9-4 and still a first place team. No reason for real panic here at all, I just wanted this one tonight. That stung. Doubleheader tomorrow. Gerrit Cole vs. Glasnow in one of the games. Strap the fuck in, that's going to be a doozy.

Also….DJ is angry. That's the mentality you need after a loss like this. 60 game season, can't afford to drop three of four like this.

Hopefully every goes to bed angry tonight, wakes up, and mashes.  Win both games. Just bully the Rays tomorrow. For my sanity.