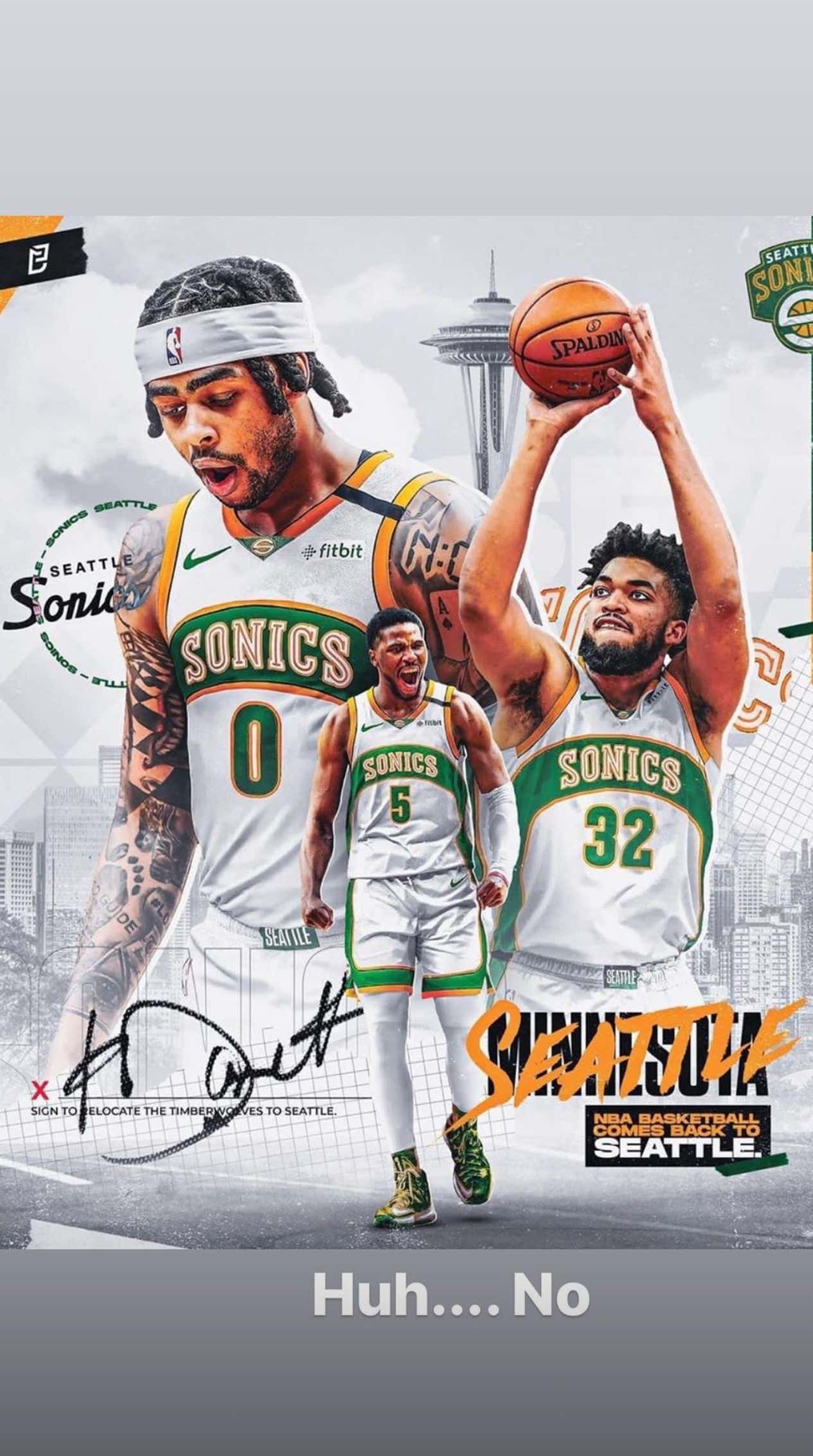 Well this has to give Timberwolves fans everywhere some relief. Ever since the news broke that KG was going to go after purchasing the Wolves I've been pretty clear in my stance that he's basically their only chance to be saved. I don't care if Arron Afflalo is also part of a group that is interested in purchasing them, this team is KG's. Period.

But given what he's said about wanted to bring back the Sonics one day if he was ever able to purchase a team, there was obviously a small reason to be a little worried.

Then you remember that KG loves Minnesota more than people who actually live in Minnesota and now with KG's latest IG story that is all but confirmed. No chance the Wolves will be moving to Seattle on his watch. This is very important because I'm pretty sure their current owner wants to give it to someone who is going to keep the team in the Twin Cities. Yet another reason why you simply need to give KG the keys and let him fix this franchise.

That feeling of optimism that Wolves fans have to be experiencing when thinking about KG owning this team is something I wish Seattle fans get to experience one day. Maybe it won't be the Timberwolves coming to town as the new team in Seattle, but I've blogged time and time and time again how that city needs a team. What happened with them and OKC was some bullshit. I don't know if it ultimately happens through expansion or a different team relocates, all I know is that at some point the Sonics need to be a thing again. We all deserve to have this back in our lives, not just Sonics fans

I'm still holding out hope. If I were a Wolves fan though seeing KG straight up turn down that rumor/photoshop would make be ecstatic. That's loyalty. Do the right thing and give that man his team so Wolves fans can one day experience joy, lord knows it's been a while. Seattle, your time will come….one day.

Now, because it's Friday afternoon, let's all enjoy some KG highlights because why the hell not