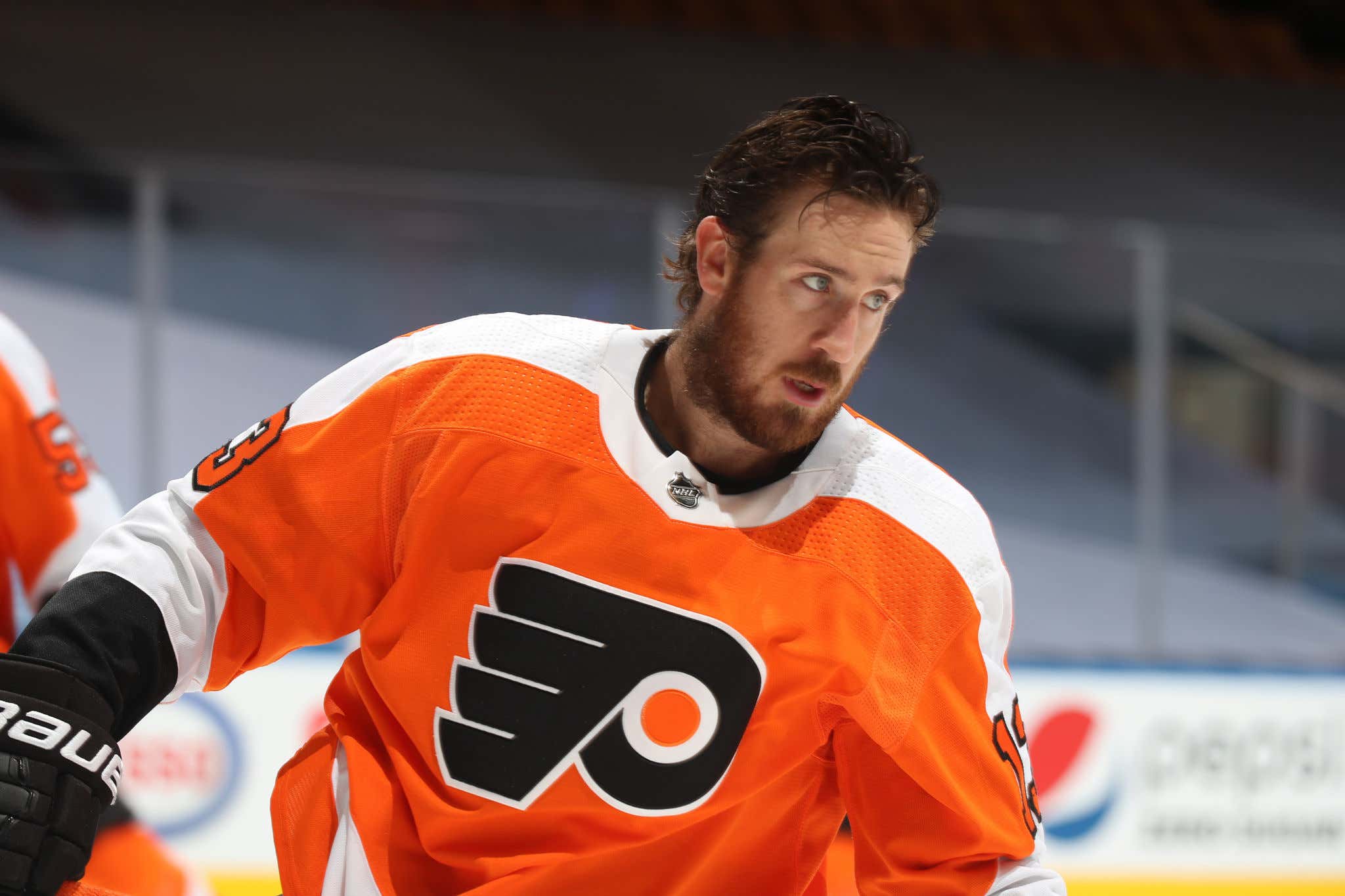 The Philadelphia Flyers men's professional ice hockey team will be playing against the Tampa Bay Lightning at some point on Saturday to head into the playoffs as the 1st seed in the East. That's courtesy of a few things, one of which being they sniped the shit out of Jaro Halak and the Boston Bruins last weekend. But mostly that is due to Kevin Hayes being The Best One, and also a part-time magician.

I mean this sick son of a bitch laced up his skates today and decided to bully the Washington Capitals relentlessly. Somebody needs to have a talk with Hayesy and let him know that bullying isn't cool. But I'll take it because these dishes looked like they were cooked up by a James Beard Award chef.

First we have the apple he delivered to Travis Sanheim on the Flyers' 2nd goal of the game.

Hayesy F Baby and the F is for Fuckin' Dangles. The hands, the patience, and then the feed. This majestic beast was just too much man for anybody else out on that ice.

And shoutout to elite offensive defenseman Travis Sanheim here as well. Saw Kuzy try to cheat up the ice a little bit to step into that passing lane so what does Sanheim do? Cuts right to the net with his stick on the ice. Hayes hits him with the dime, quick little backhand-forehand finish and Holtby can go fish that one out of the back of the net.

Then we get to this assist to The Sergeant and I gotta be honest, I still don't understand this one.

This feed is just so preposterously silly. It looks like he just blindly throws that puck towards the net but if you've been watching the way this line has been operating in the bubble so far, you know that Hayes knew exactly where Laughton was and knew exactly what he was doing this this pass. And that's now goals in 3 straight games for Laughton. That animal.

This Laughton-Hayes-Konecny line has been lights out so far in Toronto. Their passing has been crispier than a fresh granny smith apple on a mid-October day. I mean do we really need to break out any more examples? We don't, but I still want to break out this Konecny assist anyway because it's dirty as all heck.

That's Travis "Fuckin' All Star" Konecny, to you.

This line. This team. It feels so weird to watch the Flyers just be without a doubt the better team on the ice in every single game they play. This wasn't an off day for the Caps. Sunday wasn't an off day for the Bruins. This is just the Philadelphia Flyers having their way with their opponents and stuffing them into lockers. And it just wouldn't make any sense to make Kevin Hayes wait any longer to get his hands on that Conn Smythe trophy. It'll be his anyway in a couple months so just hand it to him now.