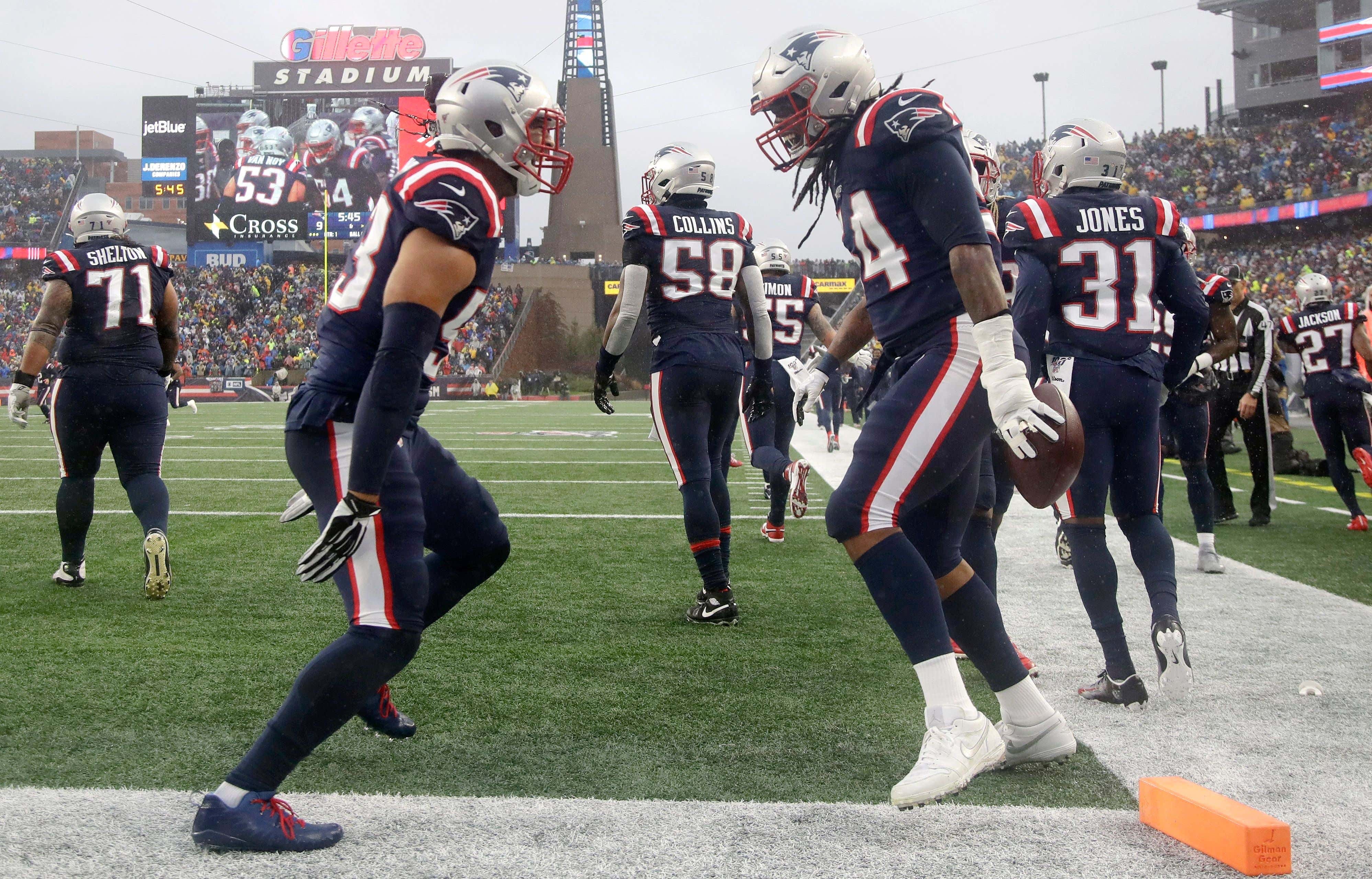 The Patriots had the number one defense in the league in 2019. That's not my opinion; it's an objective fact. It is not up for debate, no matter how badly you want to bring up that final drive of the regular season against Miami or talk about the AFC East. They allowed the fewest points by a wide margin. Surrendered the fewest yards by a lot. Their passer rating against was so far and above everyone else's that the difference between them and the number two team was greater than the difference between No. 2 and No. 20. They were the only team with more interceptions than touchdown passes allowed, and their ratio was almost 2-to-1 (25-to-13). The reason the Pats didn't go deeper in the playoffs is because the offense couldn't produce 1st downs or scoring drives. In zoological terms, their defense had the brightest, reddest ass in the jungle.

But things have changed. They lost the usual assortment to free agency, with Kyle Van Noy (a big loss), Jamie Collins (not so much after he vanished in the second half of the season) and Danny Shelton (tough loss but replaceable) all leaving for paydays elsewhere. This sort of thing happens every year and they plan for it. But as Mike Tyson famously said, "Everybody's got a plan until there's a virus and two starters take the opt out."

Which happened, obviously. And brings us to the question of whether or not unit can weather the losses of Dont'a Hightower and Pat Chung as well. That's to be determined. And will be determined by the young players they've drafted, assorted veterans and by a reconfigured coaching staff. And by divine providence if there's any justice in the world.

But if the analytics nerds are correct, there are reasons to be optimistic.

Source - We promised Patriots discussion, and we're delivering Patriots discussion. Bill Belichick's defenders pressured opponents a league-high 37.1% of the time last year. We have pressure data going back to 2010, and only two other defenses have pressured opposing passers more frequently: the 2018 L.A. Rams (37.6%) and the 2017 version of the franchise now known as the Washington Football Team (38.3%). As we noted in our quarterbacks piece, league-wide pressure rates have been climbing in recent years, and that's reflected in this data.

The bad news for New England is that the players who generated more than half of those pressures either signed elsewhere in free agency or have opted out of the 2020 season due to COVID-19. That includes Kyle Van Noy, who led the Patriots with 46 pressures but is now in Miami, as well as Dont'a Hightower (28, opted out) and Jamie Collins (19, Detroit). Pressure rate for defenses isn't nearly as consistent from one year to the next as it is for offenses -- it's very much a quarterback-driven statistic -- but New England will be especially hard-pressed to repeat in this category this fall.

About that. This is an important point that can't be repeated enough. Possibly the most overrated statistic in all of sports is the sack. It's cited, promoted, repeated, shown in highlight packages and in-game graphics. It makes college prospects and veteran free agents money way out of proportion to its actual value. Belichick determined that long ago. It's one of his core beliefs. Which is why he's let so many double digit sack guys from Tully Banta-Cain to Mark Anderson to Chandler Jones go to eat up somebody else's cap space, while he signs a reliable edge-setter who can generate pressure when called upon. The Patriots were seventh in the league in sacks last year, and first in this much more useful metric of pressures.

Now about the loss of those 46 pressures. So we're defining our terms, DVOA is "Defense-adjusted Value Over Average." It essentially measures success on every down:

As noted, New England had the highest pressure rate in the league. And even when opposing quarterbacks weren't pressured, it hardly mattered, because the Patriots led the NFL in DVOA without pressure. This is a huge credit to New England's defensive backs -- Patrick Chung, Duron Harmon, Jason McCourty, J.C. Jackson, Jonathan Jones, and of course Defensive Player of the year Stephon Gilmore.

The Patriots were only the fourth team of the decade to post a negative DVOA (i.e., good defense) without pressure. The others, with some of their more notable defensive backs:

(No, the Legion of Boom Seahawks never made it to a negative DVOA, though they came close several times. They were in the top three in this category every year from 2011 to 2015, with a DVOA between 1.5% and 17.1% every season.)

The Patriots were followed by the 49ers, Bills, Steelers, and Ravens. In a related note, those five teams produced six Pro Bowl defensive backs.

By that measurement, DVOA without pressure, the Patriots were at -3.5%. The next closest team was San Francisco at 12.1%. That is a huge disparity. And it points out just how good they were at stopping the pass even when they didn't get in the quarterback's face. Either because their extra rushers failed to get there, they sent four and lost the numbers game, or they dropped eight or more into coverage. Regardless, this was a damned near impossible secondary to throw against even with a clean pocket. And with all due respect to Chung, who'll be missed down in the box and on tight ends, they have all the personnel to do so again. Not the least of whom is this year's first pick Kyle Dugger and last year's second pick JoeJuan Williams, who was just a depth guy last season.

So thanks, numbers crunching worker drones. I wasn't necessarily losing faith, but this work you've done on the spreadsheets just went a long way toward keeping my faith in his defense, despite the personnel losses. Now please get going on the Patriots offense and make me feel good about that. Please and thank you.