A couple weeks ago, the news broke that some (lucky) people were receiving random packages of seeds from China. Naturally, feeling upset and left out, I tweeted this, hoping that just putting the energy out into the universe may yield positive results for me.

Five days later, still nothing, so in a last ditch attempt to try to skew the universe in a way that would result in me receiving these mystery seeds, I once again desperately tweeted (which is the only thing I really know how to do).

Then, something magical happened. I received this DM from a Twitter follower. 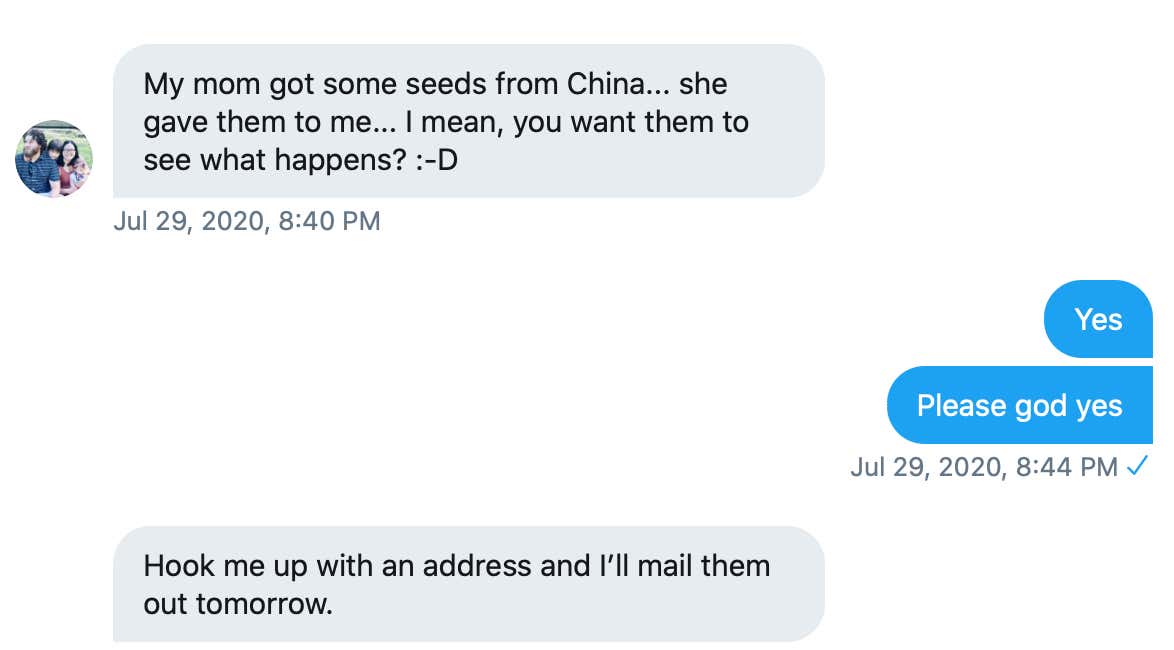 So, like any intelligent person would do, I sent this complete fucking stranger my home address to get my hands on some seeds.

Yesterday, they showed up.

The were labeled as "rose Stud earrings" and the return address simply read "North side of the west gate of South China Avenue, Longgang District, Shenzhen. Is that an address? No, of course it isn't, it is simply a hodgepodge of random cardinal directions and a brief mention of a gate. When I punch that address into google maps, this is what I get. 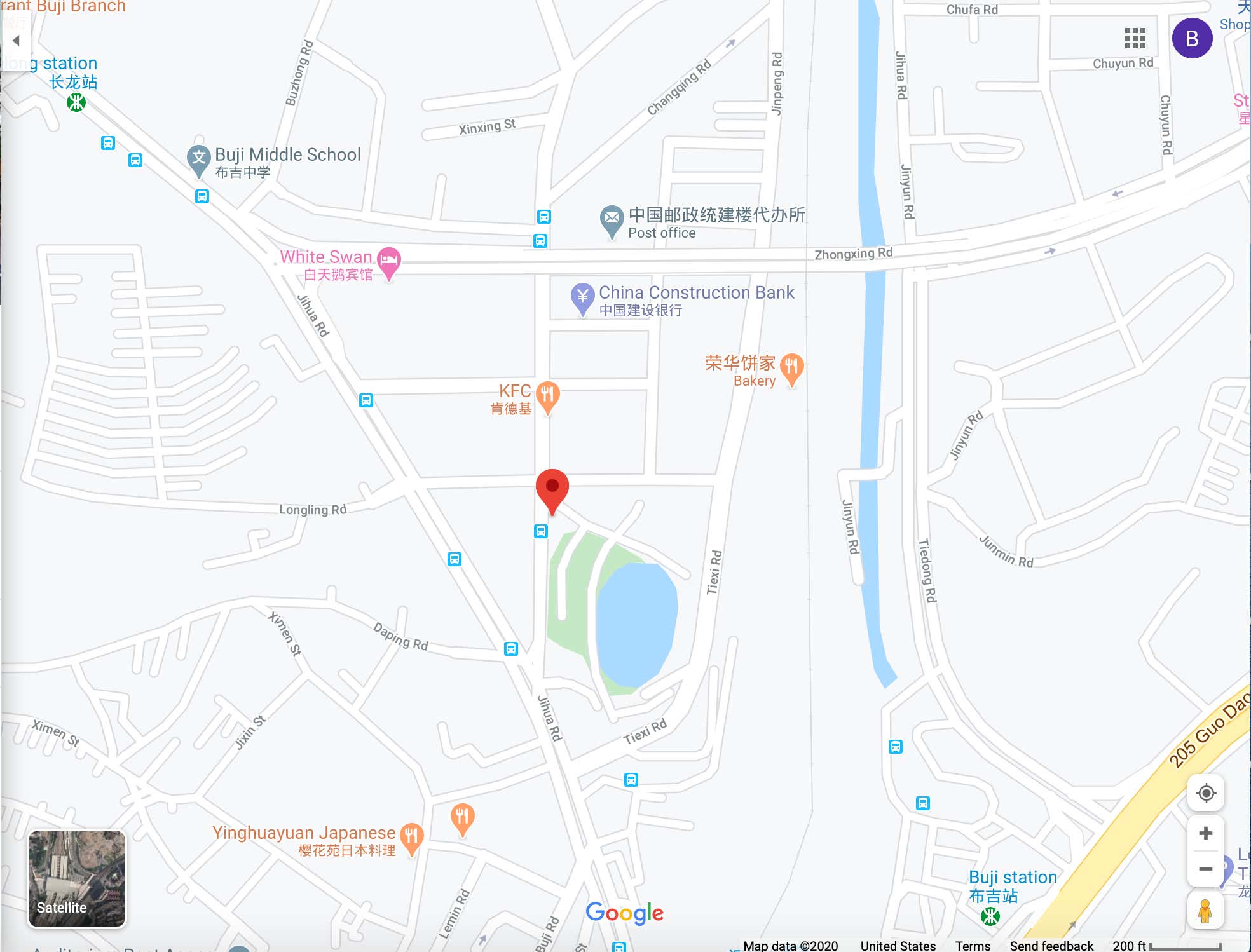 The street view is this: 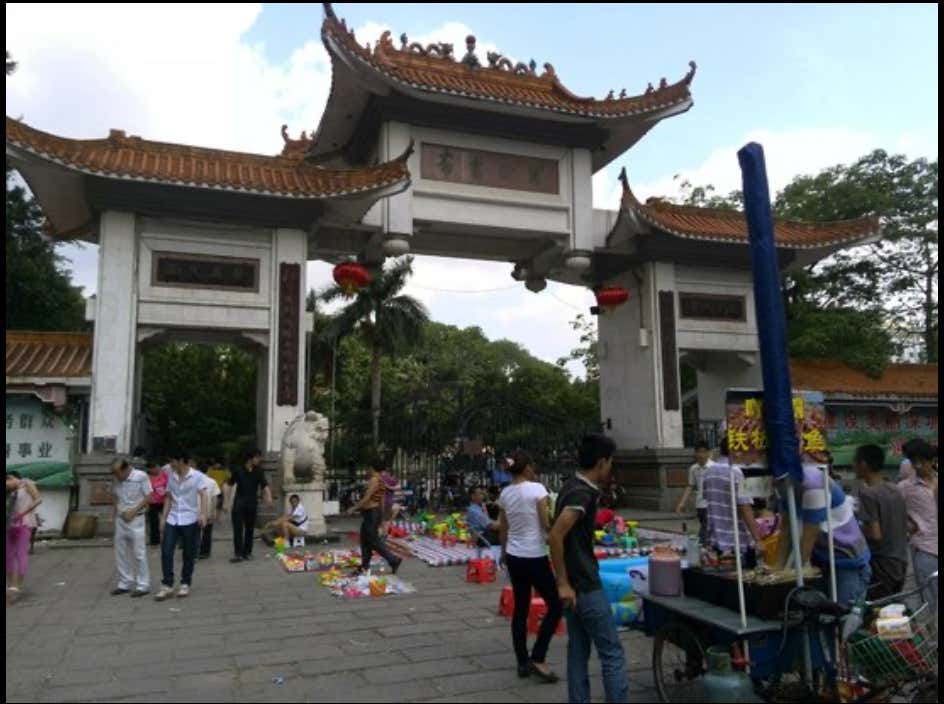 Immediately, a ton of people told me I should under no circumstance plant the seeds for a bunch of reasons such as: It could be an invasive species, it could be poisonous, I could potentially cause some sort of catastrophic agricultural disaster, etc.

Do you know, however, who isn't an expert on China? These followers trying to seed shame me. Do you know who is an expert on China? Donnie. So, my next step became very clear. Ask Donnie. I walked over to his desk (we were both here early, hardest working bloggers/vloggers/planters at the company? Not for me to decide).

Guess what Donnie said? I bet you can guess because he isn't a coward. He said let's plant these fucking mystery seeds. Zero hesitation, ready to roll. But, out of respect to Mother Earth, we are going to do so in a controlled environment (The Barstool Sports office) and see what comes of it. We will be documenting this seed journey here on the blog, potentially with some video visuals as well. I'm looking forward to this journey, and hope you will be joining us as well.