Earlier today, the tweet above from Barstool Ohio State went viral. They didn't provide the source for it, so I honestly thought it was a joke. Turns out that how Barstool OSU described it was a bit wrong, but the premise was 100% right.

That comes to us via a message board post by one of the top Ohio State football journalists, so I highly doubt it's made up unless his sources are bad (very low chance). 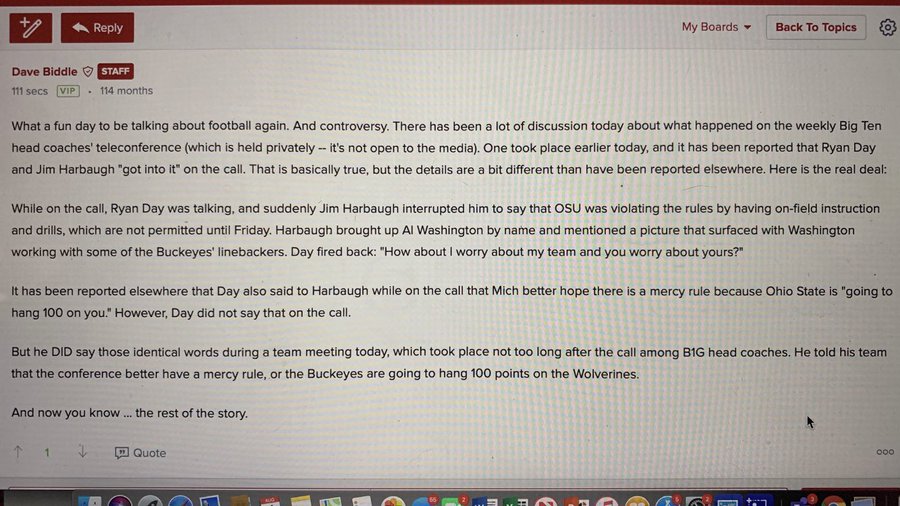 Harbaugh snitching on Ryan Day is the definition of petty. Anything to get an advantage and boy does Jim Harbaugh need it when it comes to Michigan against Ohio State.

The look-ahead line for OSU - Michigan opened at -8.5 in favor of the Buckeyes. That line is no longer available, but I wouldn't be surprised to see OSU up to double-digit favorites by the time this game is played. Based on SP+ rankings that were released in February (haven't been updated yet), OSU would be a 13.5-point favorite on a neutral field. Even if there were no fans, I'd still give 1 point of HFA to OSU, so SP+ thinks this is a two-touchdown spread.