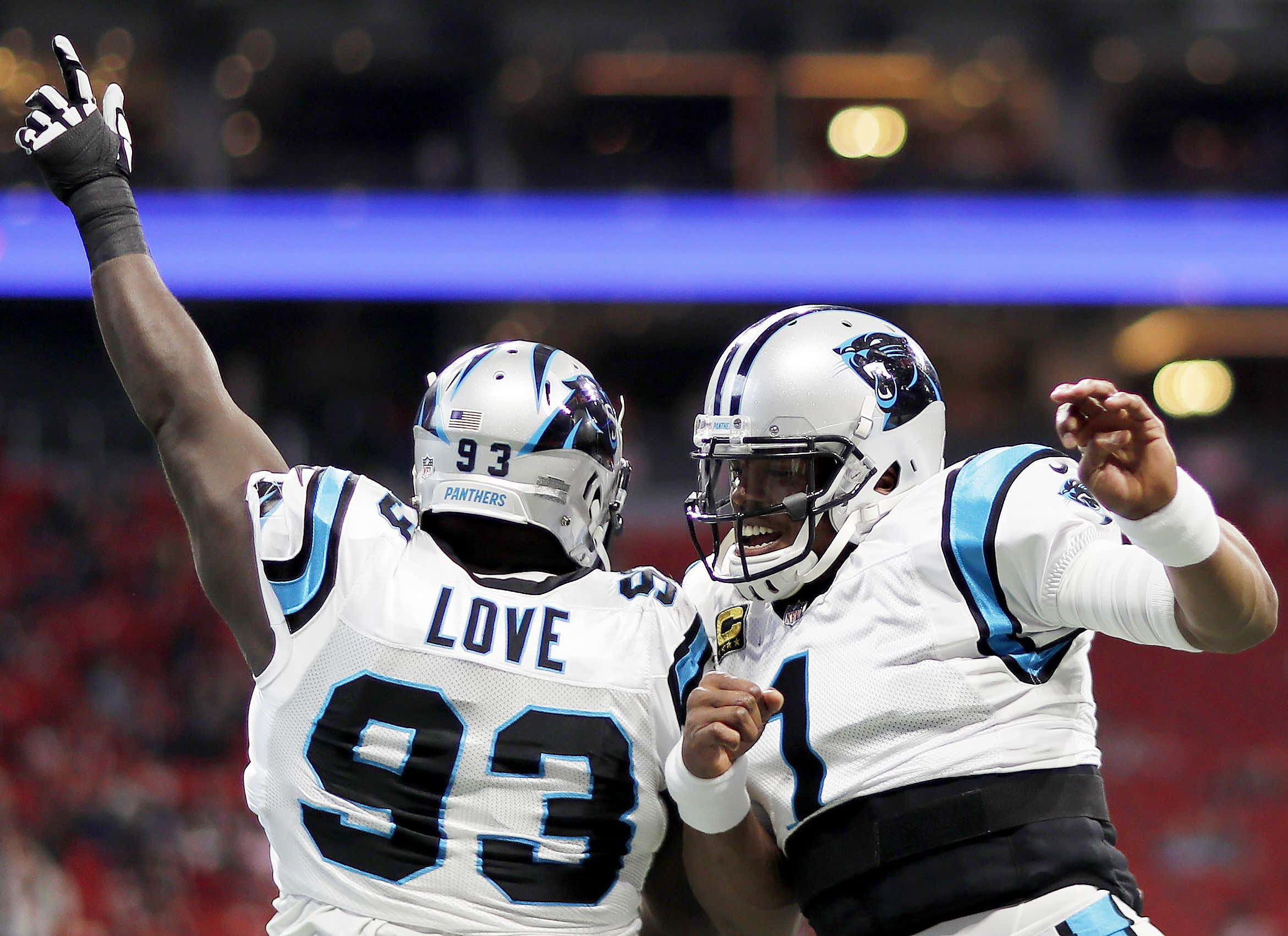 Defensive tackle Kyle Love spent his first three seasons in the league with the Patriots and his last three in Carolina. Meaning he not only went to the Super Bowl That Shall Not Be Named II with New England, but was part of the Panthers team that lost to Denver in Super Bowl 50. So he's not only seen a lot and played for two franchises that are the polar opposite of one another, he's arguably logged more flight time working with Bill Belichick and Cam Newton than any other NFL figure. And he had some fascinating insights about what to expect in the Boston Herald:

Lately, here’s some of what Love has learned: “I’ve heard (Belichick’s) changed since I was there,” he told the Herald. “That he’s kind of opened up a little bit, relaxed more and isn’t as strict as when I played.”

As for Newton, the 33-year-old D-lineman is clear on how much love and admiration he has for his former teammate. …

Love does, however, have certain reservations about how Newton will fit with Belichick. …

In Carolina, he was coddled by the coaching staff, which may render him vulnerable to the sharp-tongued criticism Belichick fires at every Patriot. …

“My fear is, can Cam fit in their box?” Love said. “Because I want Cam to win. I want Cam to be successful. I want to see him win games and even a championship, because I love that dude. I just hope he can do that within the guidelines of what Bill wants.”

To Love, the stakes of their working relationship are clear. Together, they can pave the Patriots’ path to a deep playoff run.

“If Bill and the Patriots get a fully healthy Cam Newton, physically and mentally, that’s a scary team right there,” Love said. “It’s a championship-caliber team.” …

Love described the environment in Carolina under Ron Rivera as loose, with players talking and joking around in most every setting. Early in his Panthers tenure, Love once wanted to bellow over an entire meeting room so everyone would quiet down and focus.

The former Patriot in him was steaming.

You'll have to pardon the unintentional and unavoidable pun, but I love these comments from Love.

The way I look at it, you don't have to be a fan of either the Patriots or of Cam Newton to be utterly fascinated by how this plays out. I have no patience for people who aren't interested in what makes human beings work. About their relationships, their motivations, the price they're willing to pay to achieve their goals. And here we are, being presented the human experiment of two very strong but different personalities - almost the Alpha and Omega of public identities - joining forces for the first time. If you're not really intrigued by this, I have no use for you.

I mean, isn't human interaction between two polar opposites the foundation of most of your great stories? From your cop buddy movies where Riggs is the young wildcard and Murtaugh is the set-in-his-ways veteran who's "too old for this shit" to RomComs where she's the free spirit and he's the uptight loner and they're all wrong for each other but somehow are meant for each other. How many "The Odd Couple" ripoffs do we have to see ("Two and a Half Men," anyone? None for me, thanks.) before we realize the Mismatched Duo is the trope that never stops giving?

And I think Belichick and Newton can absolutely make it work. In fact, I believe they will to a moral certainty. The idea that Belichick has a monolithic, one-approach-fits-all method of coaching is a misnomer. Yes, he sets parameters that are non-negotiable. Be on time. Be prepared. Know your assignment and every else's. Don't give bulletin board fodder to the opposition. Do your … wait for it … job. And these are the foundational principles that have built an empire.

But it's not like he learned coaching from studying Paul Brown and working under Ted Marchibroda and hasn't altered his approach since. The game has evolved. So have preparation, training methods, technology, communication, contracts and players themselves. This is a man who coached personalities as disparate as a young Dick Jauron, Lawrence Taylor, Brian Cox, Terry Glenn, Tom Brady, Rob Gronkowski, Junior Seau, Tim Tebow (for a few weeks), Matthew Slater, Tim Tebow, Antonio Brown and a convicted murderer. Players are individuals and, while he gives them a structure and insists they stay within, it, he treats them as such. He knows how to read the room. To make a Boston sports analogy, Red Auerbach knew that he didn't need to ride Bill Russell the way he did Tommy Heinsohn.

For an example, one time at my old radio job I asked Belichick about a report out of San Francisco that the Niners were consulting with sociologists and psychologists at Stanford about how to deal with young 20-somethings and the way their brains are wired. And one of the adjustments they were making was to break up meetings so that every 20 minutes or so, players could check their phones and catch up on their social media. I thought I was lobbing a batting practice fastball middle/middle that he could knock out of the park. But he not only didn't dismiss the idea, he spoke effusively about how it's important to adapt to changing culture. And all the changes he's seen when it comes to dispensing information from the days of playbooks in 3-ring binders and game film on reel-to-reel projectors.

As far as Newton, he'll have to make adjustments as well. Just like Love says, meetings in New England are not the same as meetings under Ron Rivera. There's no screwing around. No hilarious self made videos of "Lazy Foxboro" or "Threat Level Midnight." They're work. But more gets done. And like Love says, that atmosphere is not for everybody. It's a harsh environment. Players get called out for mistakes, even Brady.  But for the guys who are serious and focused on being part of the winning, it's ideal.

I'm confident that after two frustrating seasons and an offseason where Newton watched player after player and quarterback after below average quarterback get signed for good money while he sat at home until late June without a contract, he's going to embrace the lack of nonsense. Though Kyle Love would know better than me, I can't see this not working out between two driven, goal-oriented men with a lot still to accomplish. Either way, it's going to be incredible to watch it play out.