A few weeks ago, Jordie blogged about how Hot Rod is one of the most criminally underrated movies of the 21st century. I agree with him on this, and the man makes some excellent points, but he egregiously left the best scene of the movie out and after sitting on it for over a month, I have decided that it must be addressed and broken down.

This scene delivers more classic lines and hilarity in just over a minute than entire movies do in hours. Let's unpack this absolutely classic scene down.

"Gonna grab a Vitamin Water, should I make that dos?" - First, I am not sure I have seen someone drink a Vitamin Water in nearly a decade so as popular a beverage choice as it may have been in 2007, hearing it today is sneaky hilarious. Following that up with "should I make that dos" with the stupid little peace sign puts this specific line over the top. Apologies for the quality here, but I think it still gets the point across just fine. 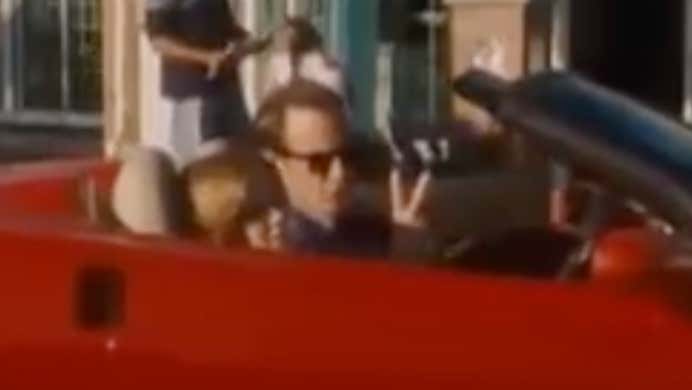 "Coolio" - Pretty self-explanatory here. Quite possible the least cool thing he could have said after his Vitamin Water offer was shot down immediately.

"Hey maybe I'll get a box of dong bags so we can knock boots later waddya think?"  taps side of car - I know this may seem like an exaggeration to some of you reading this, but I can concretely say with full confidence this is a top ten line in movie history. Calling condoms "dong bags" is such a preposterous name in itself that this line still would have played, but following it up with "knock boots" really drives home the colossal levels of douchery. Isla Fisher's absolutely disgusted face combined with the hammer taps on the side of the car make this potentially the cringiest, but simultaneously most electric, four seconds in film.

What a film, what a scene. Pretty much any scene Will Arnett touches turns to gold, especially when he is playing a giant douchebag. I have decided I am absolutely never calling condoms anything except "dong bags" ever again.