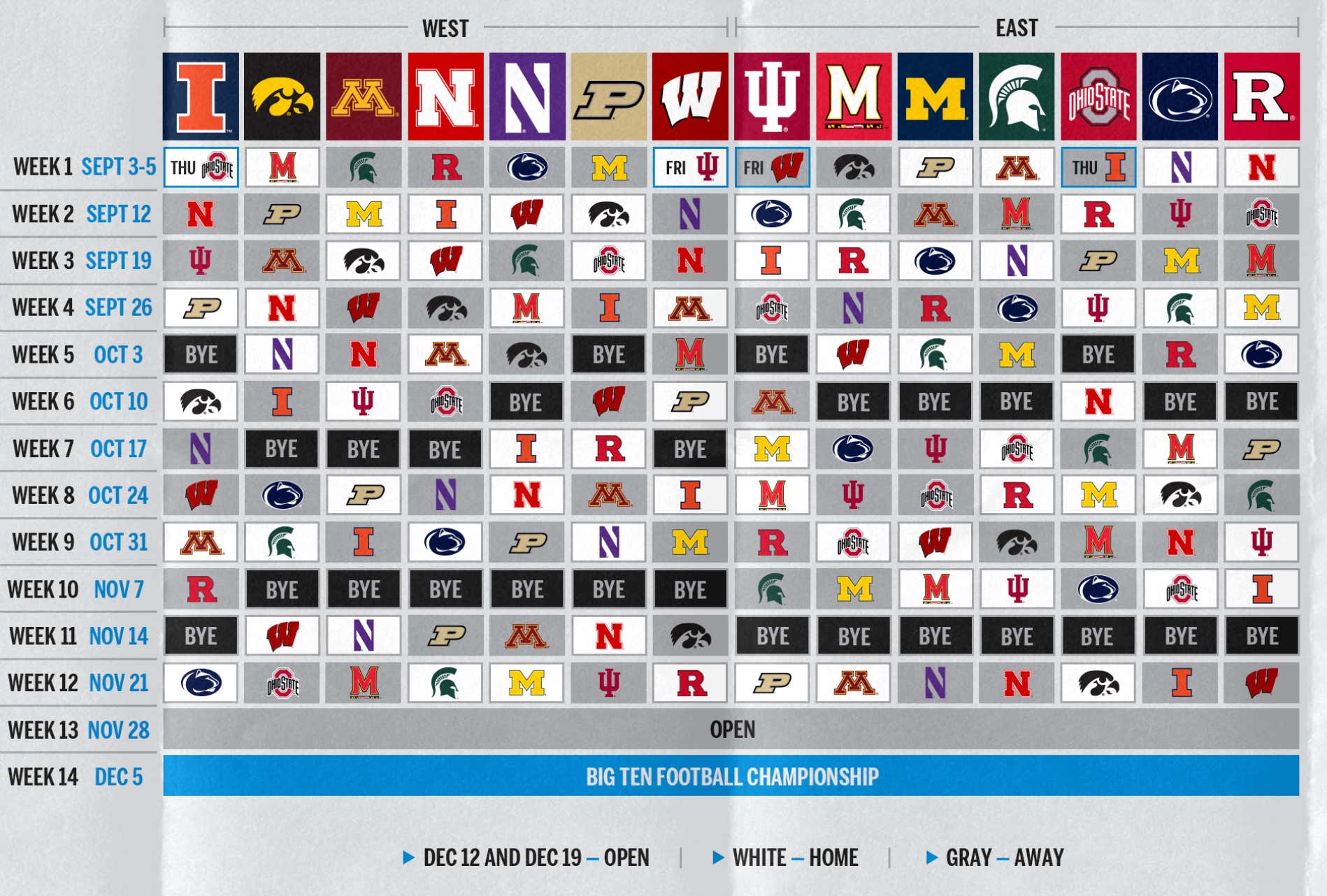 I woke up in a good mood today. Took the dog for a walk and your could feel football in the air. It was 6am, there was a crisp, it felt so much like football that you could almost smells brats and hear distance whistles. It was perfect. Got me so excited thinking about what was coming our way in just one month…and then this bullshit dropped.

Ohio State vs Michigan on…OCTOBER 24th? Why? What the fuck? What is the point of that? You have games at the end of November. You had that game already scheduled for that time. Why the FUCK would you mess with the schedule? Every BigTen team is playing that weekend…none of them are playing the team that they should be playing. This schedule looks like they did it with an auto-generator with no regard for history, tradition, or mankind.

I am sure coming up with a conference only schedule has some complexities and logistical challenges. I am sure it wasn't easy. Here is the thing though. When you have the greatest college football rivalry in the land and it's the last week of the year every right around Thanksgiving you start from there and work backwards. NOBODY cares who you play week 1. Everyone wants their rival at the end. This is an abomination. It's not too late for the Big Ten to start over and get it right. This is bullshit.

Also…do my idea from 2016. Make the schedule like the World Cup draw and have it live on TV