Do you guys know David Choe? I first discovered him when my friend was watching his hitchhiking show on VICE called Thumbs Up (worth a watch as this was back when VICE actually put out interesting content)

I later learned he once painted a mural for the Facebook offices. 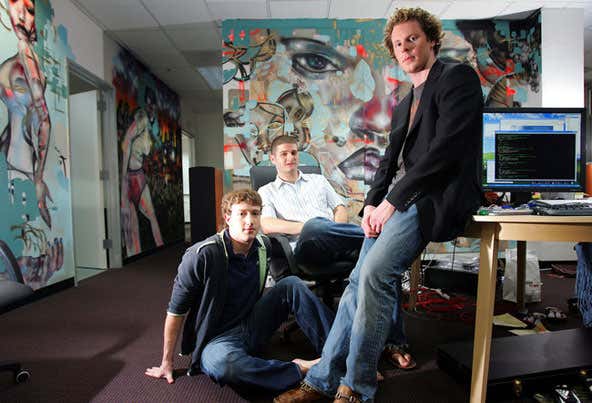 As payment for his services, Zuckerberg offered Choe either 50K cash or 50K in stock. He’s a self proclaimed gambling addict so obviously took the stock (unlike Portnoy with DraftKings), which ended up being worth 200 million after Facebook’s IPO. 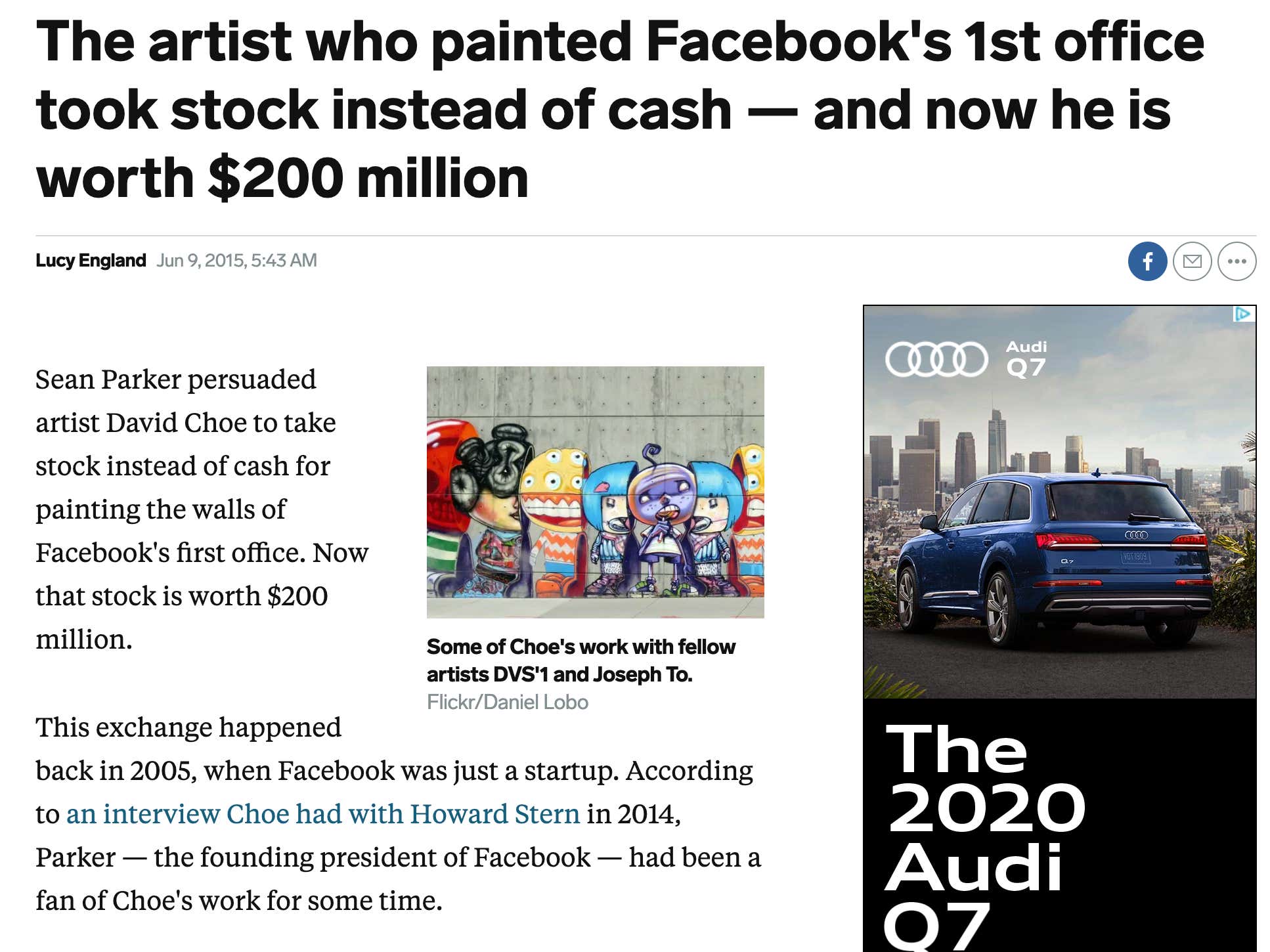 He’s a wildly interesting dude and his latest appearance on Rogan is an awesome listen if you have 4 hours to spare. He goes into depth with how he's coped with severe anxiety in the past which I'm sure some people reading this would find therapeutic.

The most fascinating part of the podcast for me though was the story about his visit to the Congo, which blows any of my travel stories out of the water.

If you don't have time to listen to it let me recap it quickly:

Another extremely poignant part of the podcast was when Choe broke down talking about Anthony Bourdain but be warned, it's pretty heavy stuff so may want to skip it if you don't want to start your day off on a sad note. It's extremely moving though and he makes an important point about how even successful people can be very unhappy.