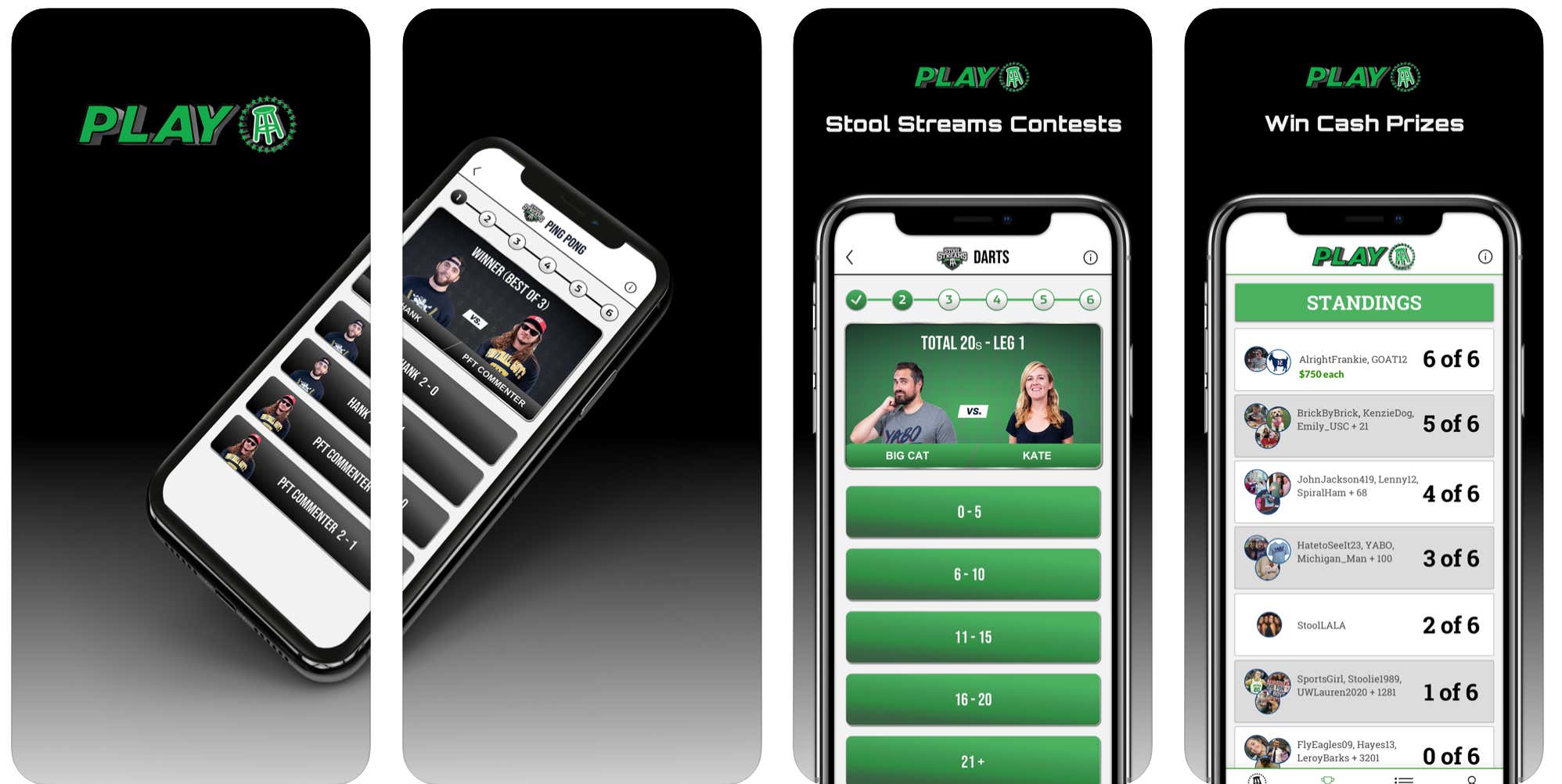 60 seconds or less to make your picks

Now that everyone has downloaded, browsed and is likely confused yet aroused, sit down, because I've got a story to tell… 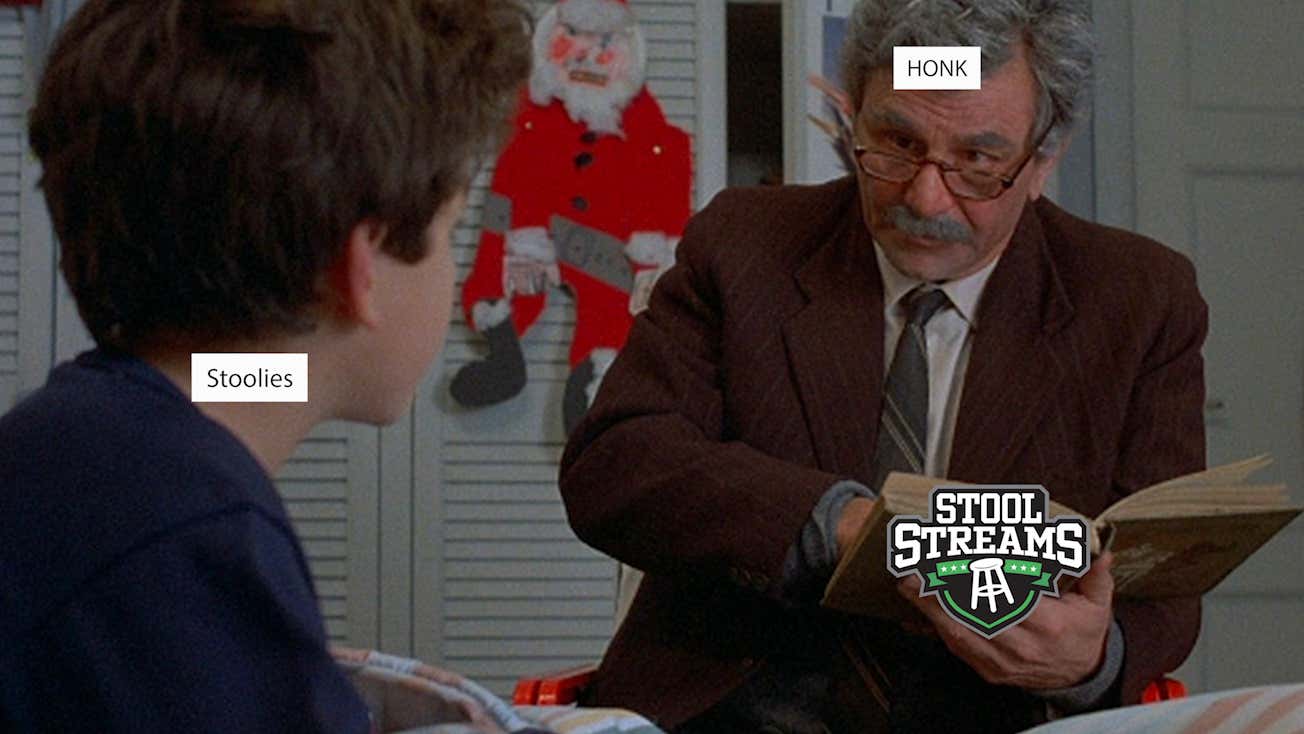 It all started back in October, I had been working on Stool Scenes 2.0 for about 7 months along with my other BSS duties (PMT, The Corp, Advisors, FFF,) and I was basically burnt out all the time + my contract was up in December so I marched my ass into Dave Portnoys office and told him I would either like a raise or I would like to opt out of producing Stool Scenes (keep in mind Dave had asked me to take it over temporarily all the way back in March). The response I got a few days later was not at all what I had expected, Dave told me I could have the raise AND I wouldn't have to work on Stool Scenes anymore if I shifted the time and attention I had spent on SS to thinking about ways to help grow Barstool Bets. He didn't have anything specific in mind he just told me I could do literally whatever I wanted to do as long as it was ultimatley to help improve gambling content. I was hesitant at first but Dave reassured me that whatever I can come up with he and Barstool would support me with the resources I needed to get it done. So I trusted him, took the deal and later on that evening, as I was hut leafing it up & brainstorming, it hit me.

We get the games everyone played in their houses as kids (ping pong, darts, cornhole, jenga, mini hockey), figure out a way to create a handicap system so stoolies can bet on it, livestream the broadcasts & create an app so ppl track their picks. Obviously a lot of fortunate things happened along the way to make the idea ultimately a reality. First one was that the College Football Show set wasn't going to be needed after the fall so we were able to takeover that space & custom design the room however we wanted. Thanks to PFT getting the grass matt & using the room to practice in before anything got built, we realized that the grass would look cool 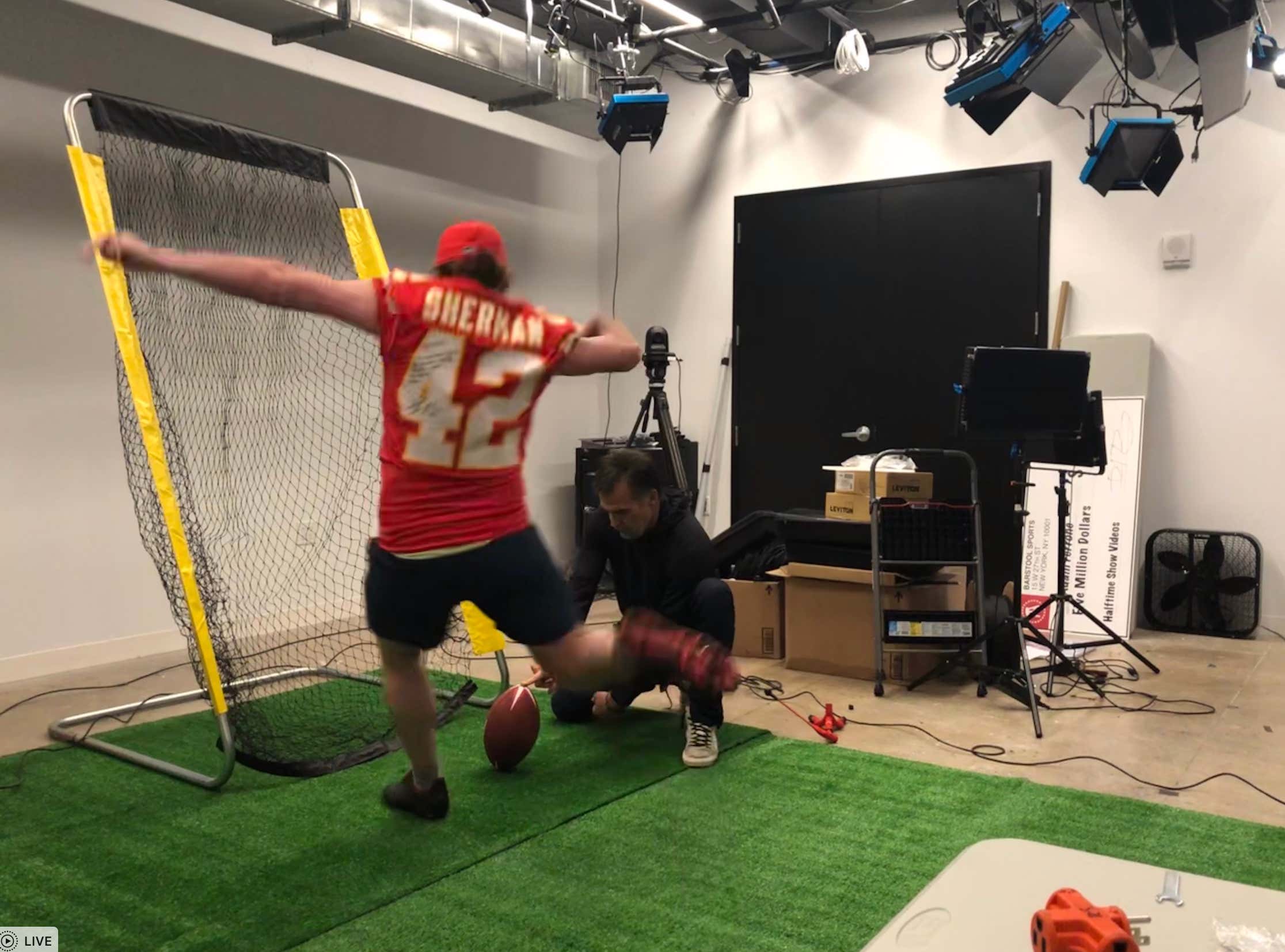 a few weeks later in January 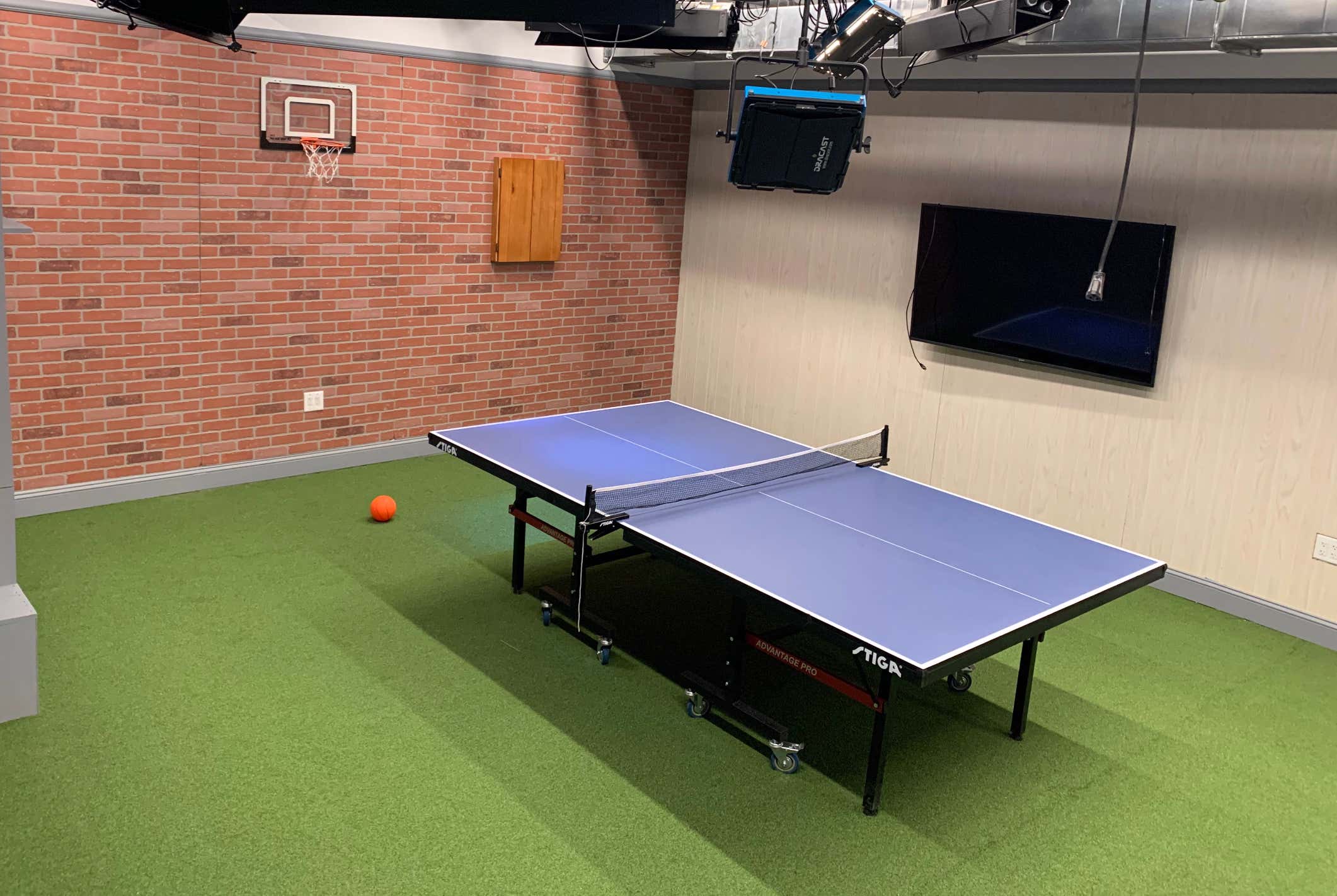 The second and most important stroke of luck was that, independently while we were getting the studio made & broadcast elements together, Barstool was getting bought by Penn National Gaming, who wanted to build an app that could host multiple Free To Play games & were open to other contest ideas. Just like that, Stool Streams AKA the PlayBarstool App was born. A brand new free-to-play app where you can compete for real cash prizes. Our first contest will be live 1 week from today On Wednesday the 12th. A TON of people way smarter than me from Barstool, Penn and the Boom Sports App team have been working on this for months & I am excited to see their hard work pay off. DOWNLOAD THE APP

What is The PlayBarstool App?

The PlayBarstool App is a FREE TO PLAY APP (I can't emphasize that enough, it will never cost you 1 cent to get involved in the action and takes 60 seconds or less to make picks) Where you compete against other stoolies for real cash prizes. While showcasing a Live Tracking feature during all Stool Streams events and comprehensive up-to-the-second statistics, PlayBarstool gives you the opportunity to invest in your favorite Barstool personalities with contests in ping pong, darts, cornhole, and Jenga. Submit your picks before each contest for a chance to win the progressive jackpot.

What do I have to do to have a chance to win?

For each broadcast, there will be a total of six questions. If you successfully go 6-for-6, you're guaranteed to win at least a share of the Progressive Jackpot ($500). If nobody has a perfect submission, the $500 will roll over to our next broadcast, which obviously means there will be more cash up for grabs moving forward. As for the questions specifically, half of them will consist of overall match predictions (usually Q1, Q3, and Q5), while the others (Q2, Q4, Q6) will typically be asking about things that happen within each match (total points, winning margin, etc.) There will be three different matches within each broadcast.

Why is it called PlayBarstool & Not Stool Streams?

Stool Streams is the first of many free to play games that will be available within the PlayBarstool App. NFL & other contests are coming soon and they will all be simmilar concepts. Free to play, takes 60-90 seconds or less to make picks & a progressive jackpot (although rumors are the NFL one will be a 10 team parlay & much bigger cash prize pool). But for now it is just Stool Streams which will be broadcasting 2 days per week for the month of August with plans to increase frequence of broadcasts and sports in the coming months as we navigate people at HQ during the pandemic. Either way, you download it once and as the new games are finished they will update into your phone so you don't have to download and manage a million different apps. A 1 stop free to play shop. Have I mentioned its free?

When Is The First One & Who Is Involved?

The first official broadcast is next Wednesday August 12th

Announcers - David Portnoy will be providing color commentary with Jake Marsh alongside him in the booth doing play by play. Sideline reporter, TBD. 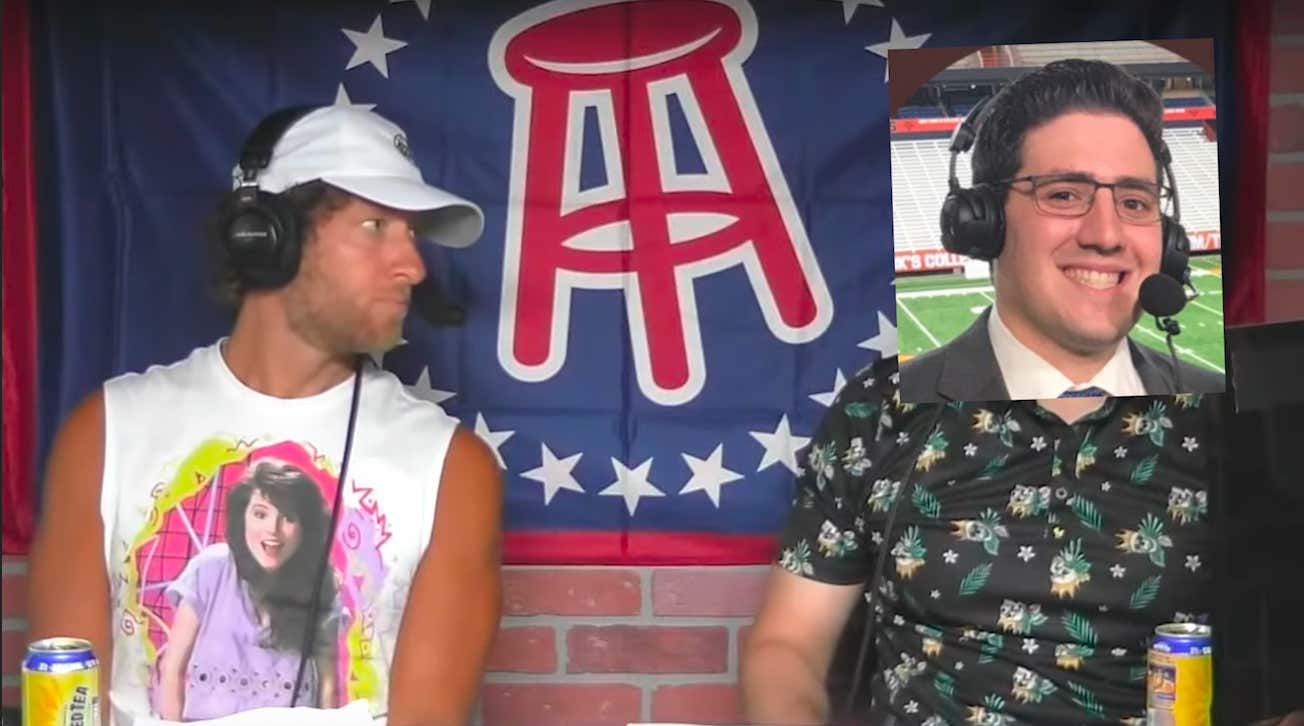 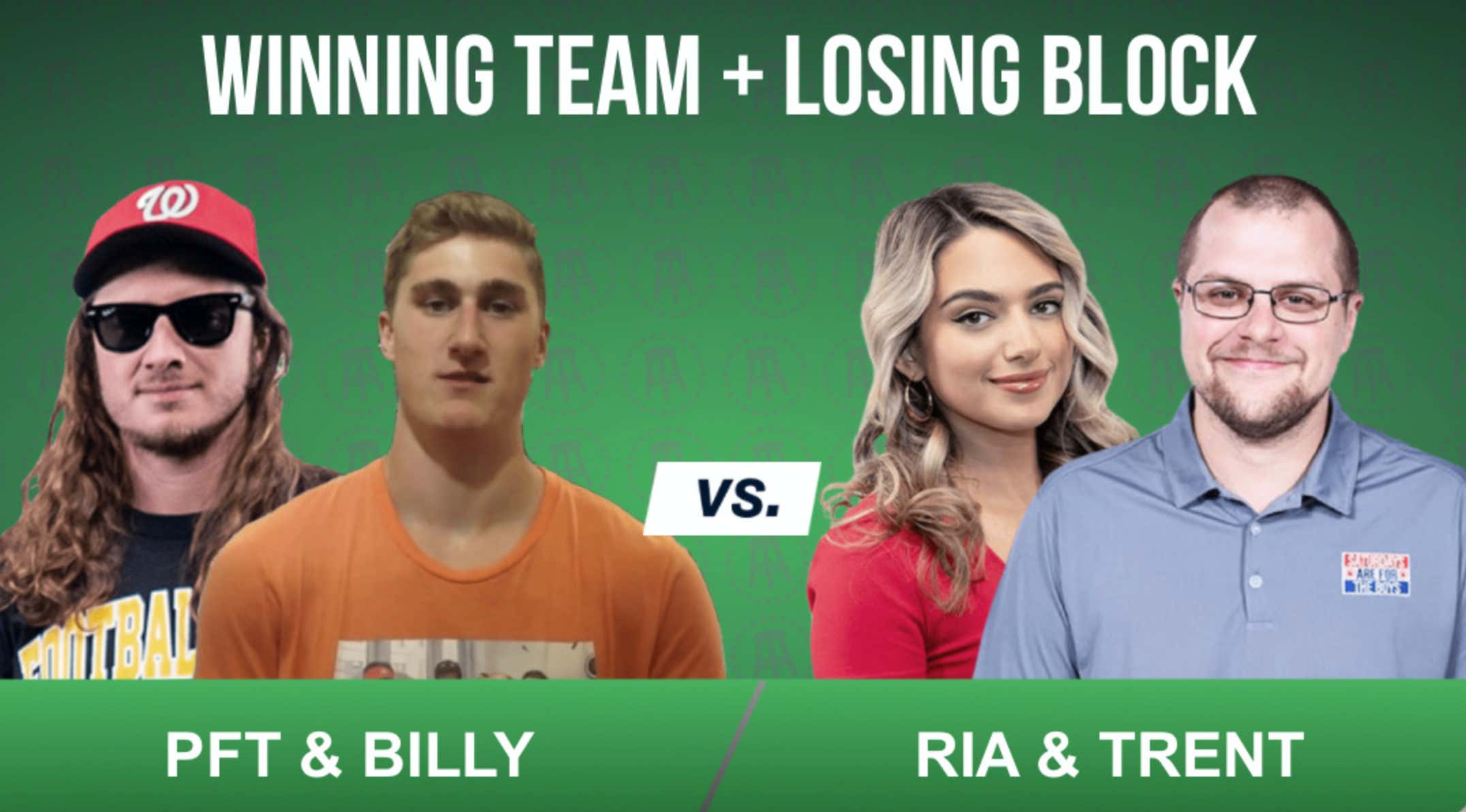 How Will You Ensure Competitors Won't Cheat Or Throw Games? Aren't Like half the employees somewhat slimey, nefarious characters totally capable of pulling off such heinous acts?

All competitors will be signing an official contract stating they can not fix games, joke about fixing games, lose on purpose or stop competing in games where they are losing in the name of good sportsmanship, honor & integrity. Rules will be strictly enforced and if a player is caught doing any shenanigans they will be fined and subsequently blackballed from the league.

Why Do You Think People Will Care?

Barstool is built on competition. My very first day as in intern back in 2013 was for the combine with Todd Mcshay & since then I've filmed, edited or been around hundreds of Barstool videos and the ones stoolies always seem to enjoy and resonate the most with are the ones with some type of competition aspect. Whether it's pizza vs burrito, sumo wrestling, Kizner vs Foreplay, Cat Cave Derby, sandbagger invitational, speed pitch contests there are a million examples of stoolies being captivated by normal, relatively non athletic bloggers competing in simple, random & relatable games and thats exactly what Stool Streams will be PLUS you have the chance of winning $500 or more for taking a few minutes out of your day & clicking a button 6 times. Not bad if you ask me, plus we have a professional score/theme song courtesy of Sandblast productions, top of the line graphics & vfx courtesy of Gameday Creative & a professional announcer in Jake Marsh who was put on this earth to broadcast sporting events. Each broadcast will feel like a professional sports broacast except instead of athletes & people with coordination its your favorite radio/podcast/video/blog personalities competing against each other & one day hopefully in the future, guests and athletes.

There is literally no reason, its free to play, takes 60 seconds to enter a contest & you can win $500 just like that. You don't even have to watch the broadcasts if you don't want. Like everything there will be people who look at it causually and people who take it seriously and watch every single broadcast and practice stream to gain an advantage. I am very curious to see what diehard stoolie goes on some type of hot run that forces us to change the game completely. The Stool Streams Youtube channel will be updated constantly with video recaps and a ton of training and BTS stuff, some of which is up now. Go subscribe to that channel, watch those videos and other broadcasts, download the app and get your picks ready for next Wednesday. I truly thinkg & hope this is the start of something big LFG

PS- I said on PMT if the app gets 200,000 downloads today I would get a cat. Lebron Lockwood may live after all

0% chance it happens but if it does, hot seat me

PPS - I don't think we have any official sponsors so if you want to get involved hit up Sales@barstoolsports.com

I Will be live at 942 answering any and all other questions comments or concerns anyone has while playing Season 5 of Warzone and probably dying inside Stadium 100 times, join the chat