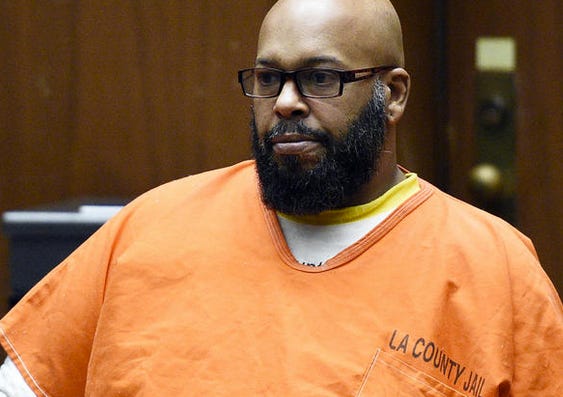 LATimes - Matthew Fletcher, Knight’s attorney, said that if Mayweather wins the bout, he expects the boxer to cover his client’s $10-million bail. “They’re good friends,” Fletcher said. “That’s one of his wealthiest friends.” A lawyer from Mayweather’s camp reached out to Fletcher several weeks ago and asked about the specifics of bailing Knight out, the attorney said. Fletcher said he talked to Knight on Wednesday about the possibility of Mayweather pulling through with bail. “Suge said, ‘Man, I was really going to pull for him to win, but now I’m going to have to pray for him to win,’” Fletcher said.

What a guy Floyd is! What a guy! You have to really think about this- Floyd can already bail Suge Knight out of jail, no problem. He could drop 10 million dollars down a sewer and he wouldn’t even think about it the next day.  I really don’t want to undersell my point here- Floyd could bail Suge out as is. But even Floyd Mayweather thinks low enough about Suge Knight that he’s let him rot in jail this entire time. So I have to wonder what will change if he wins. Will he literally have too much money? Will he start doing other completely outlandish things like learning how to read or stop hitting women?