Naturally, we're all wondering how the greatest to ever do it (and your reigning Masters champ) is feeling.

Q: Can you win this week?

There was some good and some bad at the Memorial. Are we going to see anything different this week?

Tiger: "Very enthusiastic of the changes"

Q: "Can you tell us about those changes?"

Tiger: "I’m not gonna tell you that."

Tiger on how he felt going into majors in his prime, when he was most dominant.

Tiger: “Just had to keep my heart beat going and knew I was going to win the tournament.”

On his game this year vs last year's PGA.

Tiger: "Brooksy beat me by like 30 shots in 2 days. My game is better going into this week than it was going into last year's PGA. And hopefully I can put it together this week."

We're all thinking about the back in this colder San Franciscan summer weather (a lot of temps in the high 50s and lower 60s).

Tiger: “For me when it’s cooler, I have to make sure my core stays warm.”

More on the temperatures and the conditions out here.

"Talking to some of the guys yesterday, they were laughing at their TrackMan numbers already. They don't have the swing speed or the ball speed they had last week. That's just the way it is. It's going to be playing longer, it's heavy air, whether the wind blows or not, the ball doesn't fly very far out here. I know that from all the years I had to qualify out here. It's always 20 degrees cooler here than it is in Palo Alto."

Nice reminder that Tiger has plenty of experience and plenty of success around here.

Overall, Tiger didn't say much outside of what he usually says. He feels good, he's here to win, he feels well-prepared, the course is going to play tough, and he believes he can win.

Yesterday I got an up close and personal look at Tiger's practice round. He took a few mighty lashes with the driver, which is a great sign. He also reached the 607-yard par-5 4th hole in 2, which I heroically captured.

Here was his tee shot, complete with the aggressive recoil.

Tiger tees off Thursday with JT and Rory at 11:33am est. Let's get it.

Here are a few more shots I took Monday because why not. 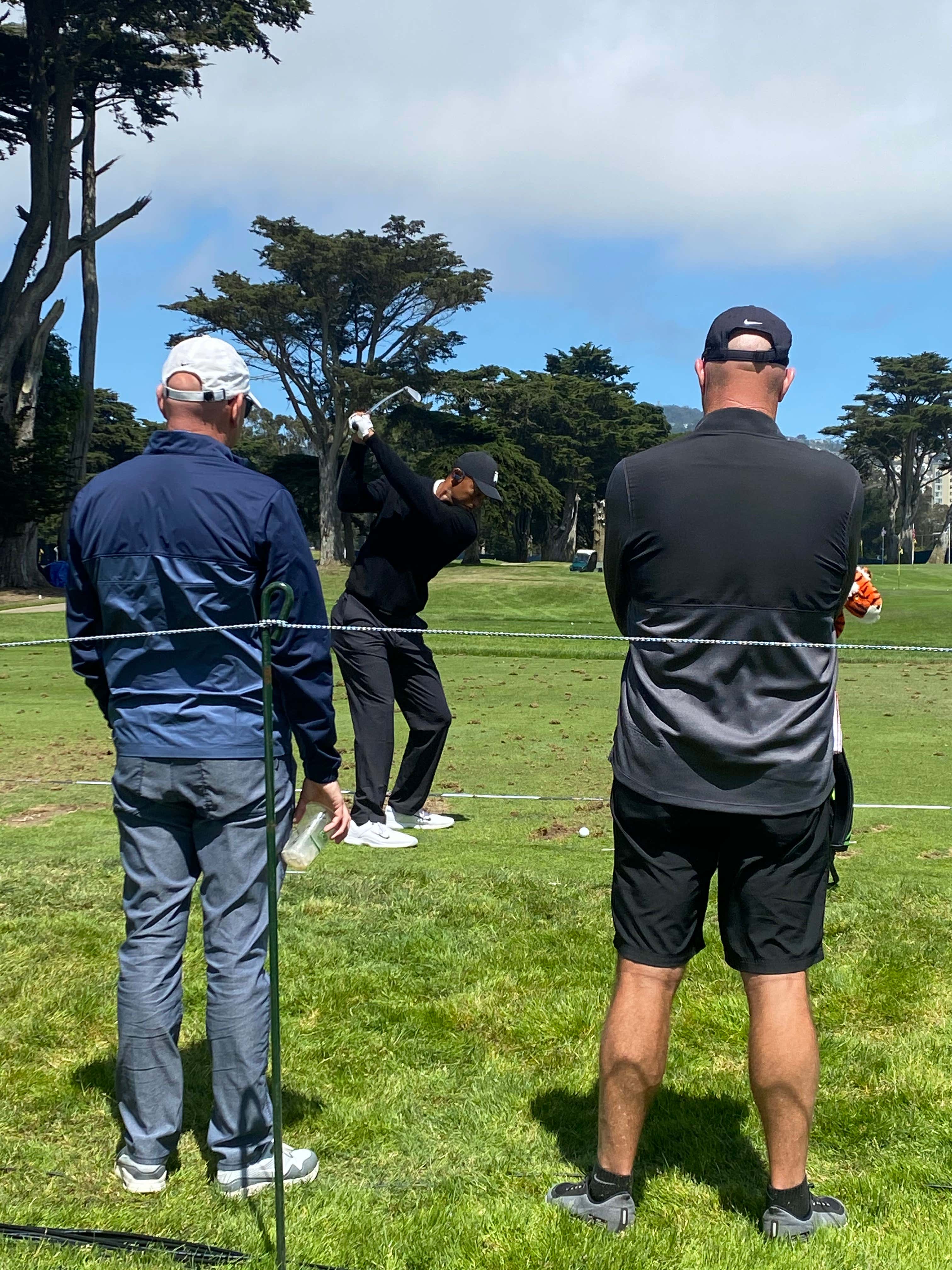 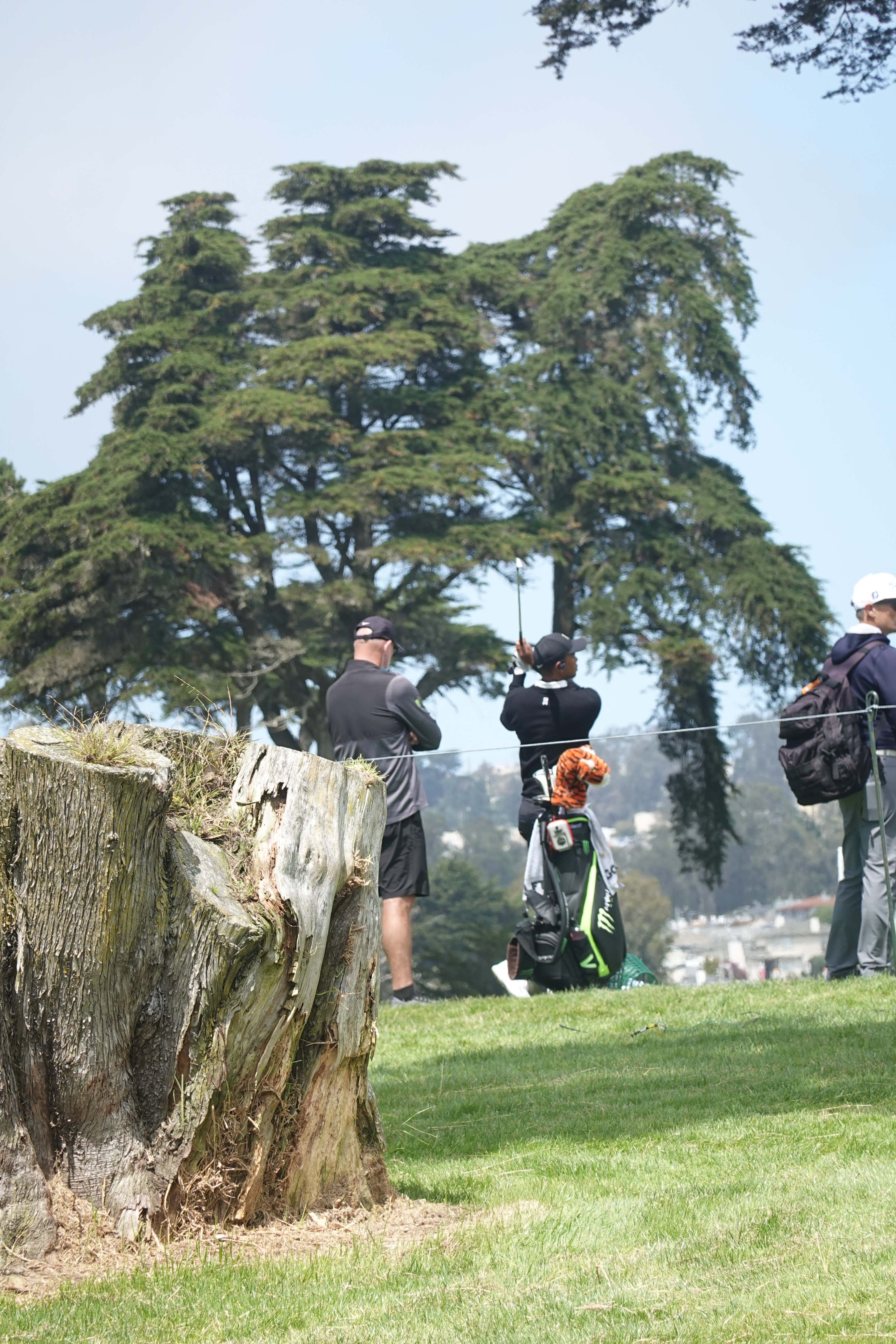 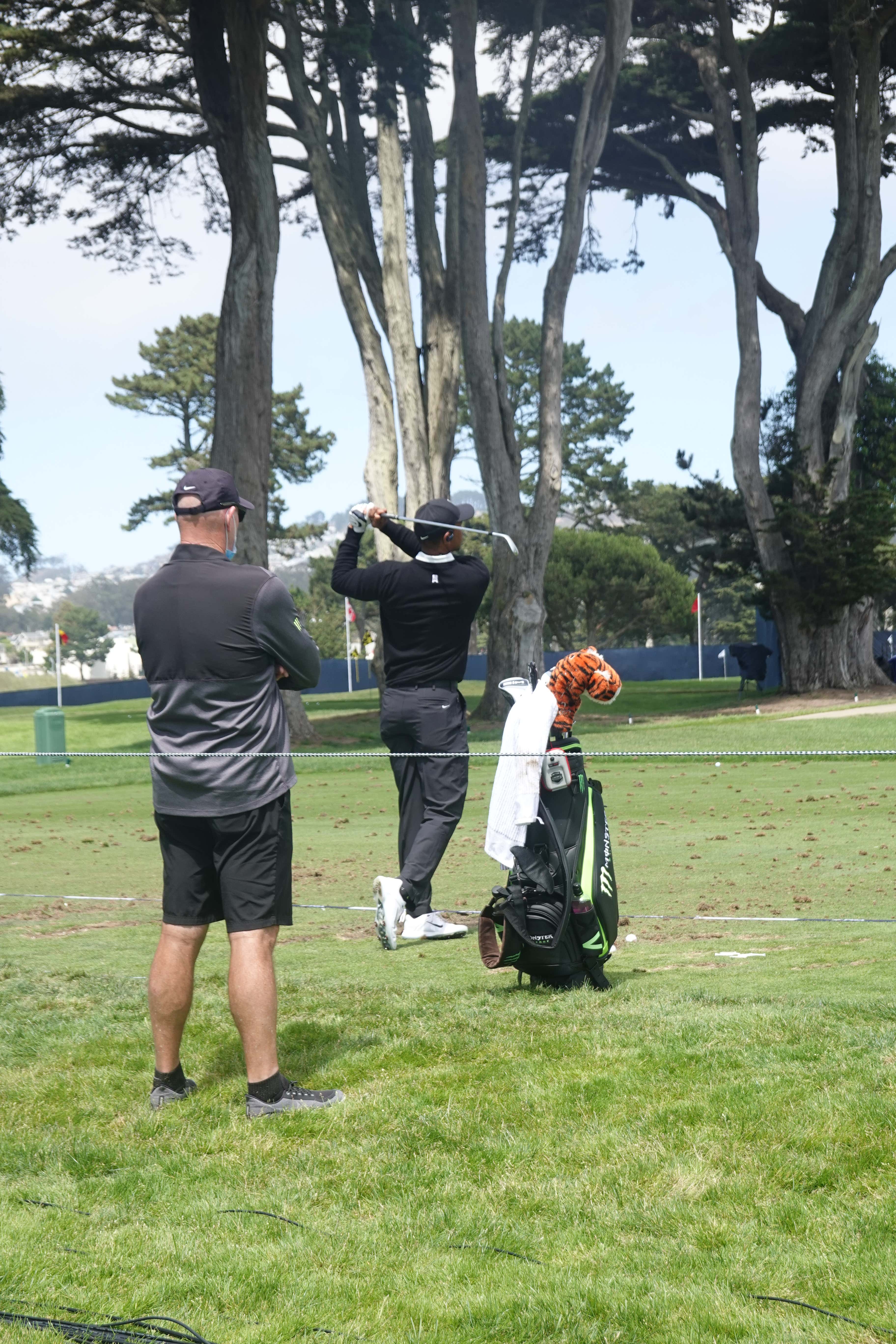 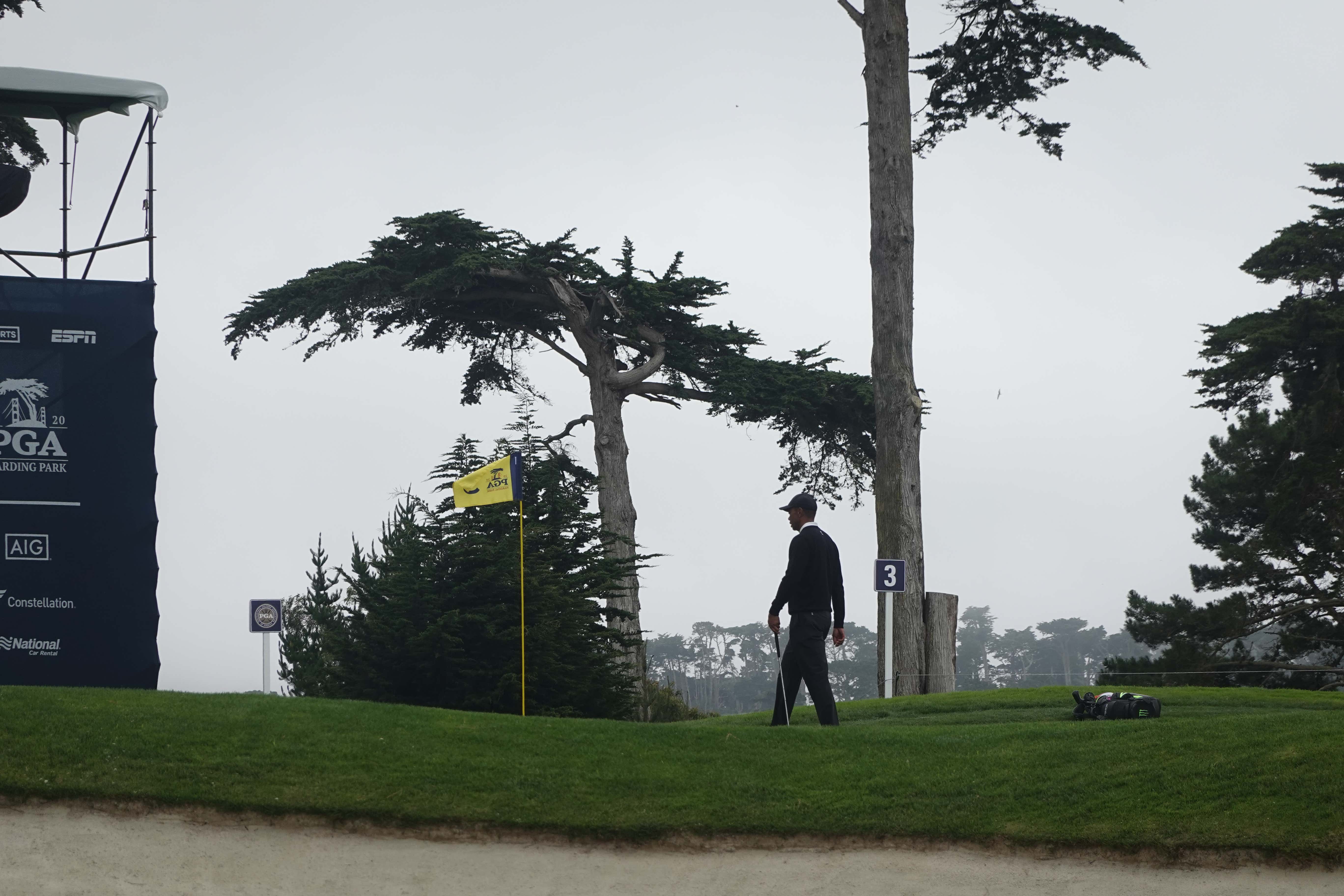 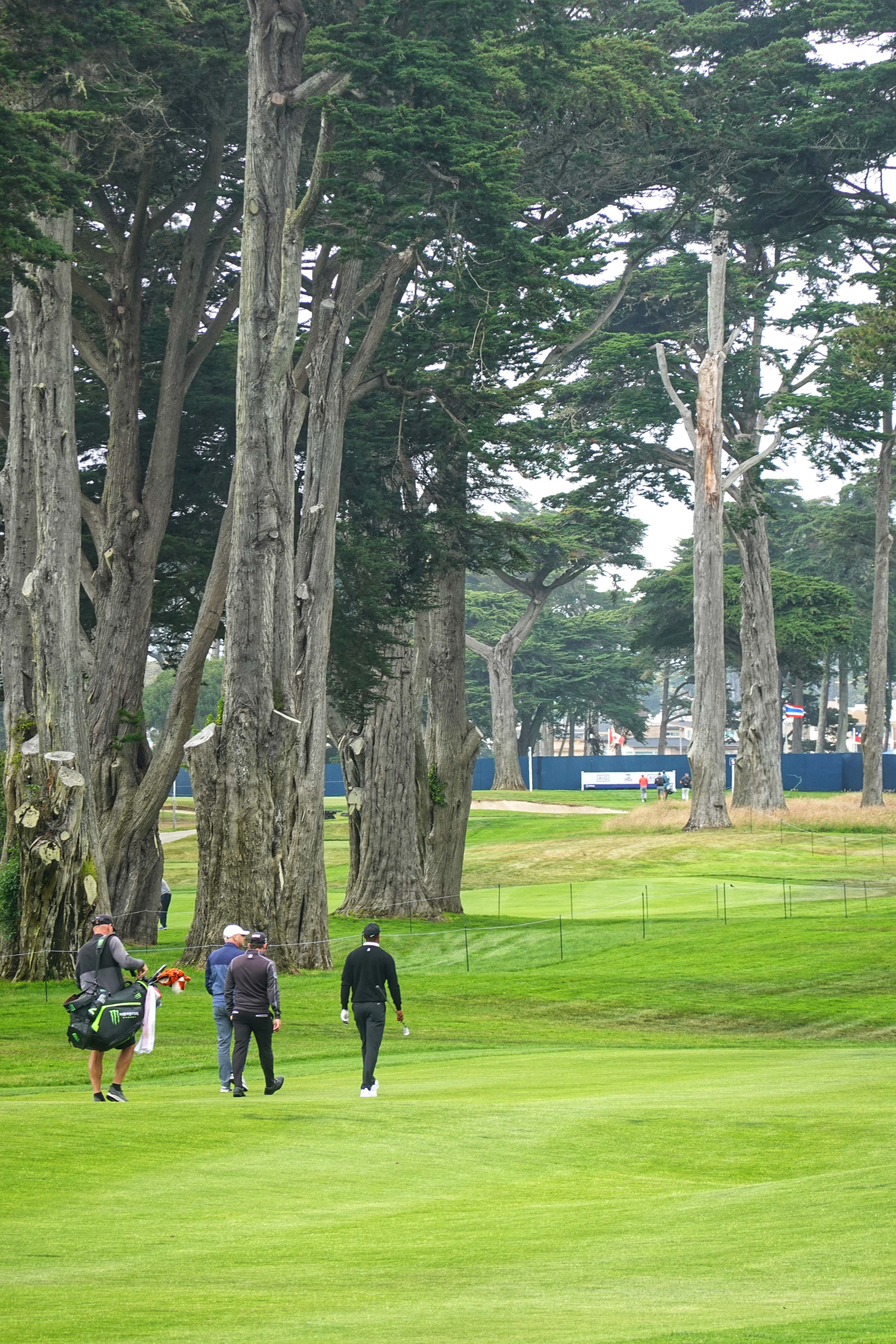 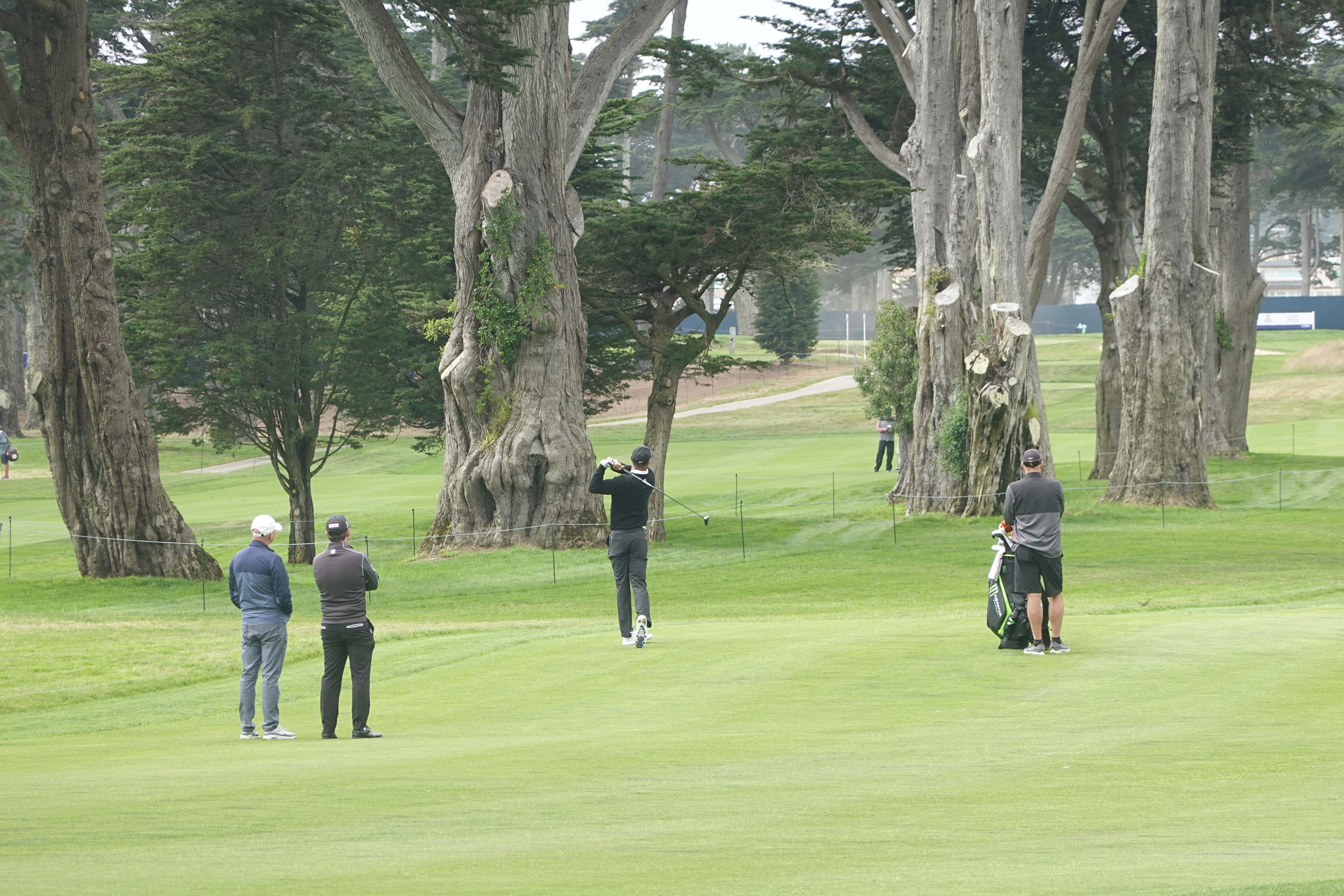 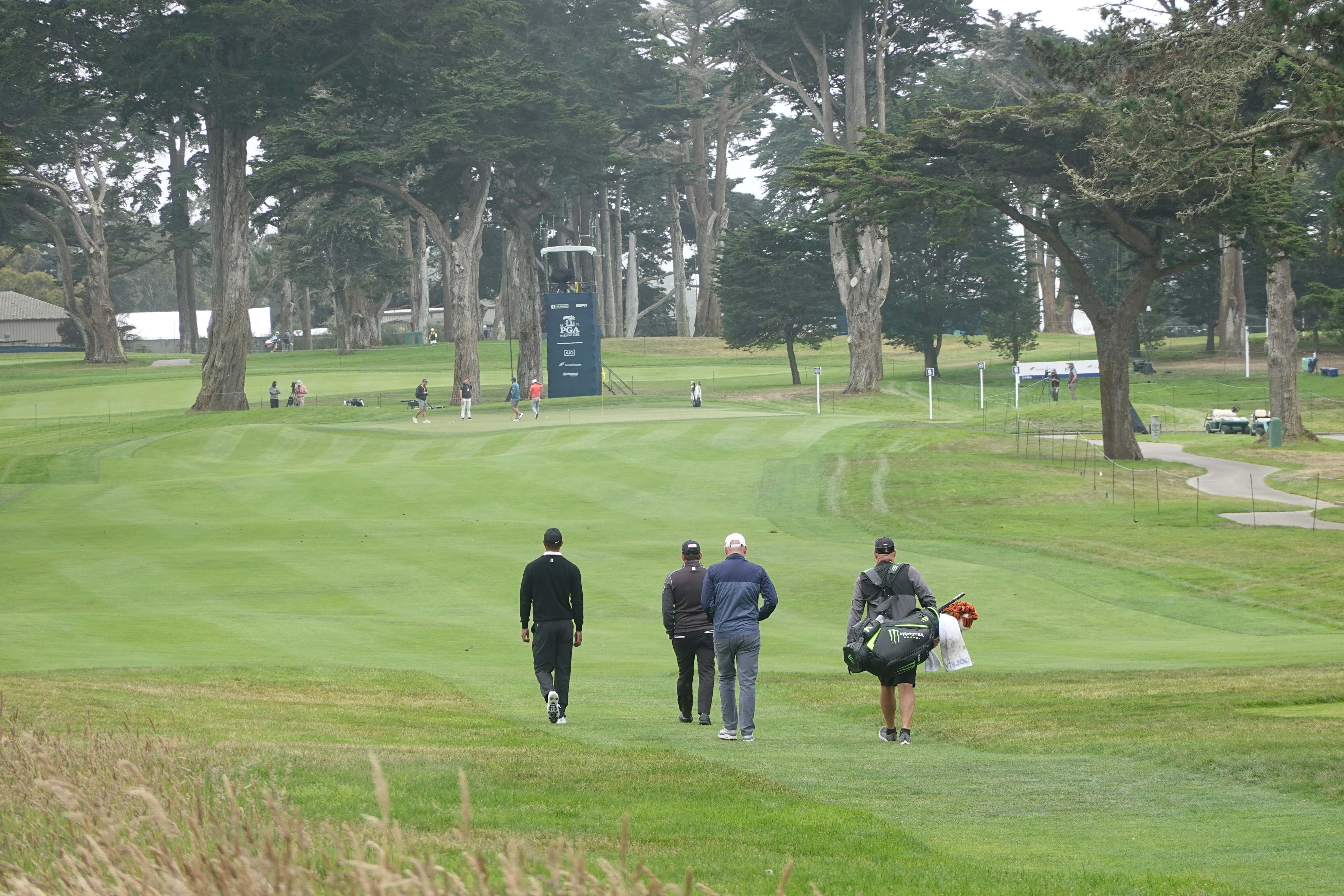 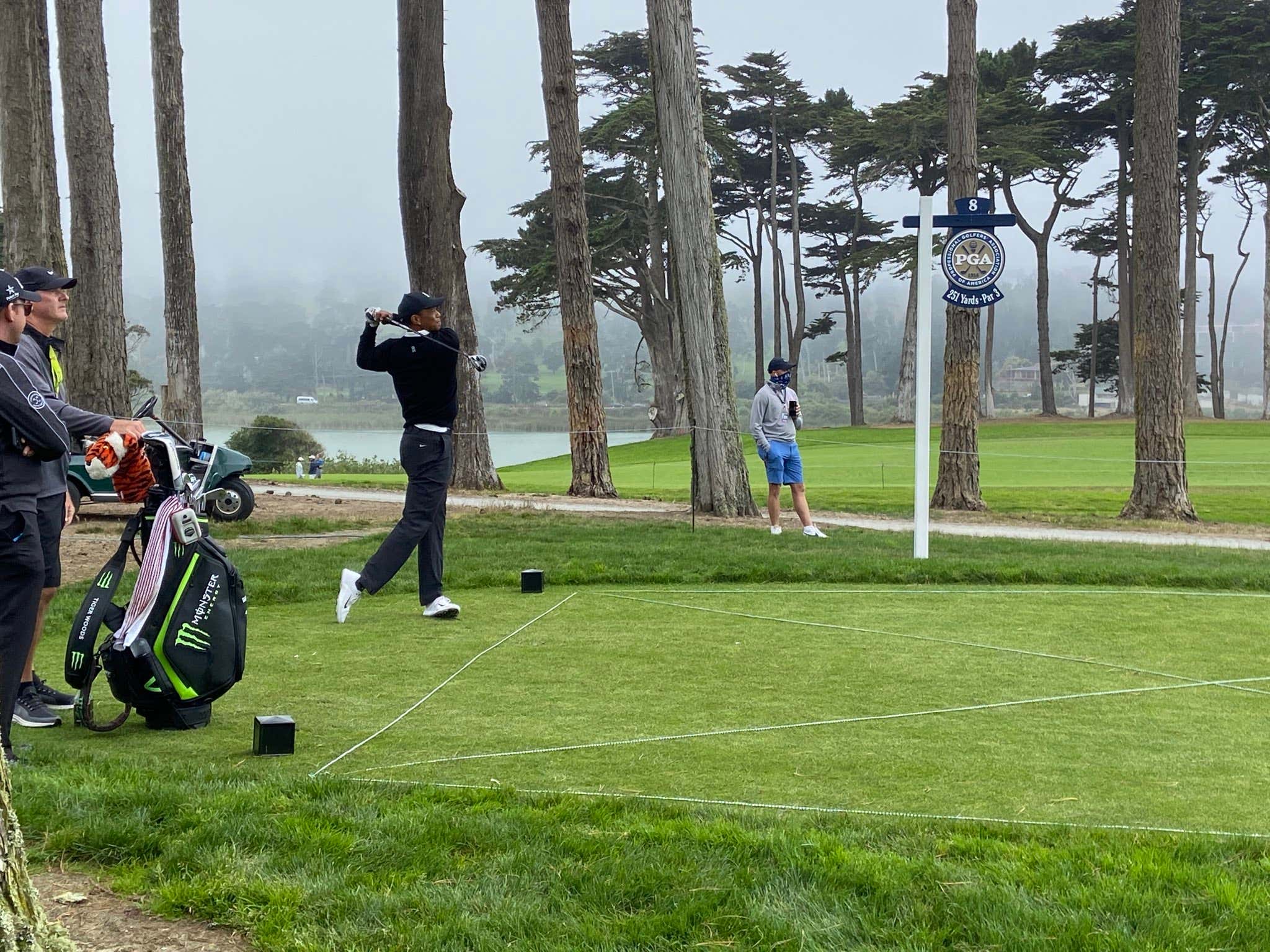