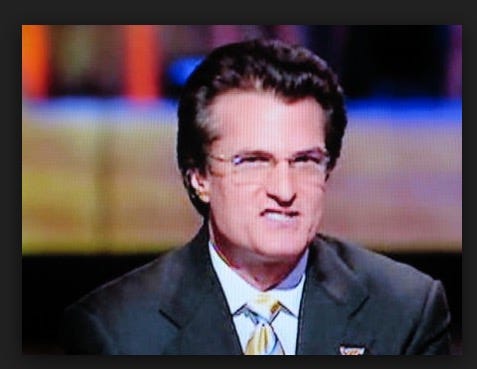 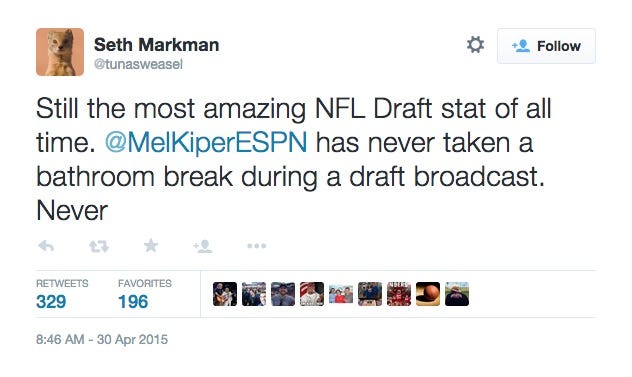 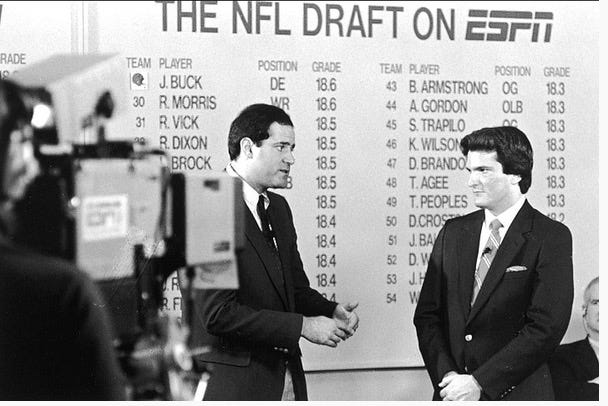 Still need a source on this. I mean the Draft is what, like 4 hours long? Bro how dehydrated are you? That can’t be healthy. If true though that bladder is a clear #1 on the Bladder Big Board.

Mel Kiper, what a wild card this guy is. Doesn’t use the bathroom. Takes the cheese off his pizza. Eats pumpkin pie for breakfast. And best of all gives us gems like this:

“His attitude will be an asset in the NFL and give him a mental advantage over [other players in his draft class].” (Ryan Leaf)

“If [Clausen is] not a successful starting quarterback in the NFL, I’m done. That’s it. I’m out.”

“Ki-Jana (Carter) could be the next Bo Jackson.”

“Give the Lions credit for going away from their biggest needs to take receiver Mike Williams. … I’ll see you at his Hall of Fame induction.”

“Three years from now you could be looking at a guy that’s certainly one of the elite top five quarterbacks in this league… look out because the skill level he has is certainly John Elway-like.” (JaMarcus Russel)

“Akili Smith will be a great NFL player and would finally provide the Cincinnati Bengals with the passer they’d lacked since Boomer Esiason.”