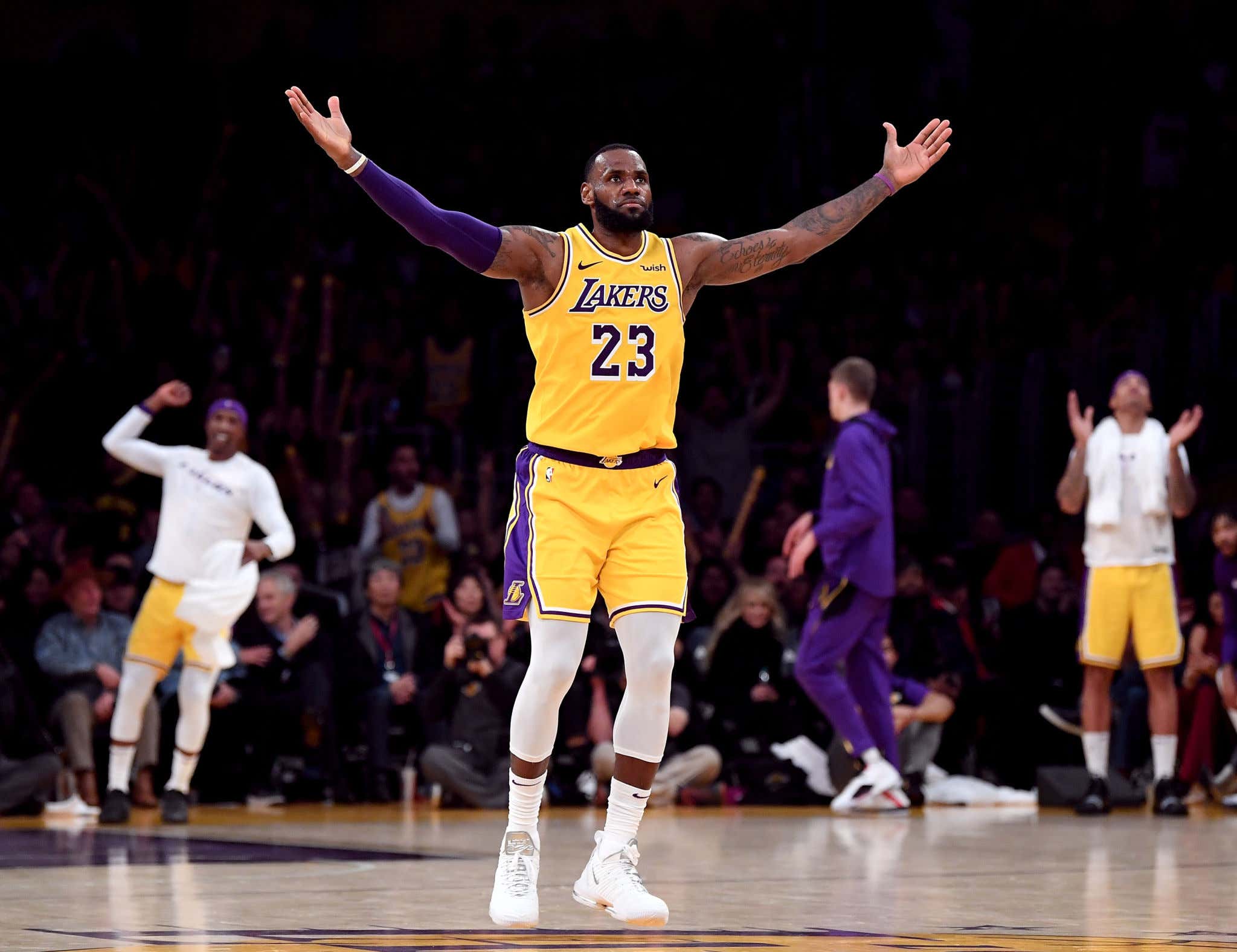 (LA Times) - LeBron James smiled triumphantly between bites of his postgame snack in a hallway behind the Lakers’ postgame interview enclave.

The Lakers had just clinched the No.1 seed in the Western Conference with a 116-108 victory over the Utah Jazz. This is the first time in 10 years that the Lakers will end the season as the West’s top seed.

“I’ll enjoy this one,” James said, nodding as he grinned. “They said I can’t do it.”

Monday night’s win marked the next step in the plan that began when the Lakers signed James in the summer of 2018. The road wasn’t smooth — there were bumps as the Lakers and James together worked to figure out how to accomplish their goal: a 17th championship for the Lakers.

They added Anthony Davis, who scored 42 points, grabbed 12 rebounds and made four three-pointers against the Jazz. They added a supporting cast that James and Davis could trust. James himself put together a season that has earned him votes for MVP. And more than 13 months after the team was built, in the most unlikely of places — an arena where no fans were allowed on the campus of Walt Disney World — James could celebrate a milestone.

“I can just say it feels damn good to be the number one seed in the West,” James said. “For me, personally.”

Part of being an all time great is finding motivation anywhere you look. We've all heard the Jordan stories about how he took even the slightest thing personally and even made shit up in his head to motivate himself to be the best he could be. LeBron has sort of done that this year, entering the season talking about how people were calling him "washed" despite a total of zero people thinking LeBron James was washed up. There's no denying he stepped right up and put up an MVP caliber season and looks the best he has in years. As a result, the Lakers finished atop the Western Conference, which is certainly higher than pundits predicted to start the year. Most things I saw had them as a top 4 seed, but not first. We all thought there would be dysfunction given their roster and it's been the exact opposite. They deserve credit for that.

But here's the thing with these quotes from LeBron. It's like he forgets he has a top 5 teammate and one of the best players in the league as a running mate. I mean we saw what LeBron looked like on the Lakers without Anthony Davis, they missed the playoffs. Even with his injury they were 8-13 when he came back and missed the playoffs by 10 games. They were 1 game back when he returned at the end of January. It's not like he took the same roster and carried them to the 1 seed, Anthony Davis has been just as important to their success.

We all agree that without Anthony Davis, even with LeBron playing at this level the Lakers aren't the top seed in the West right? The fact that they have a top 3 defense is why they took the leap, and something tells me a DPOY candidate and maybe favorite is why that happened. This is why I think LeBron rubs people the wrong way. Would it have killed him to say

Why is that so hard for LeBron to do? Anybody with a brain knows what a monster season LeBron had, but their success is because of what they were able to do as a team and not just because LeBron had to carry them like every other team he's been on. It's also not that disrespectful that pundits didn't have this team finishing first. They were a ton of question marks with the rest of the roster. Nobody doubted the greatness of LeBron and AD, but there were legit questions about their shooting, their bench, shit like that. Those things ended up not being an issue which is why this team is in the position they are in.

Maybe this is me asking too much of LeBron. I get it, I despise him and the Lakers so maybe I'm in too deep to look at this objectively. I just think it's lame that even with AD putting up a monster season it's as if he doesn't even exist. I feel like Lakers fans do this too when talking about LeBron's MVP candidacy. Does anyone think any of this happens if AD isn't a Laker? I'd say probably not.