With that being said....I'm still jealous as heck. What a job. What an occupation. But now the NHL has kind of painted themselves into a corner here. Because you can't just have hats getting tossed on the ice when McDavid scores a hat trick in Edmonton. That gives the Oilers an unfair home ice advantage. You need to have someone in the building ready to toss some hats out there if there's a hat trick scored for any home team during these playoffs. Doesn't matter if it's Brendan Gallagher scoring a hatty in Scotiabank Arena. Doesn't matter if it's Johnny Gaudreau scoring a hatty in Rogers Place. And if it's a Flyer scoring a hatty on Friday, you better have a grandma chucking her bra onto the ice to really make it feel like home. 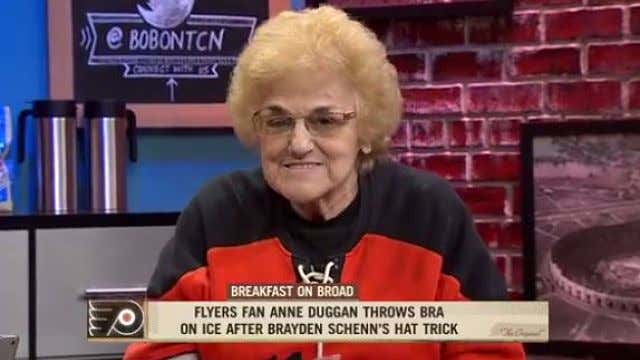 P.S. #2 - I know I've said this before but the Oilers have the best goal song in the league. Chelsea Dagger can kick rocks compared to the Blue Mountain State intro.

And just as a quick heads up, you can stream BMS on Amazon Prime Video. There's a chance there's no college football this fall so having BMS in your back pocket is a decent backup plan.