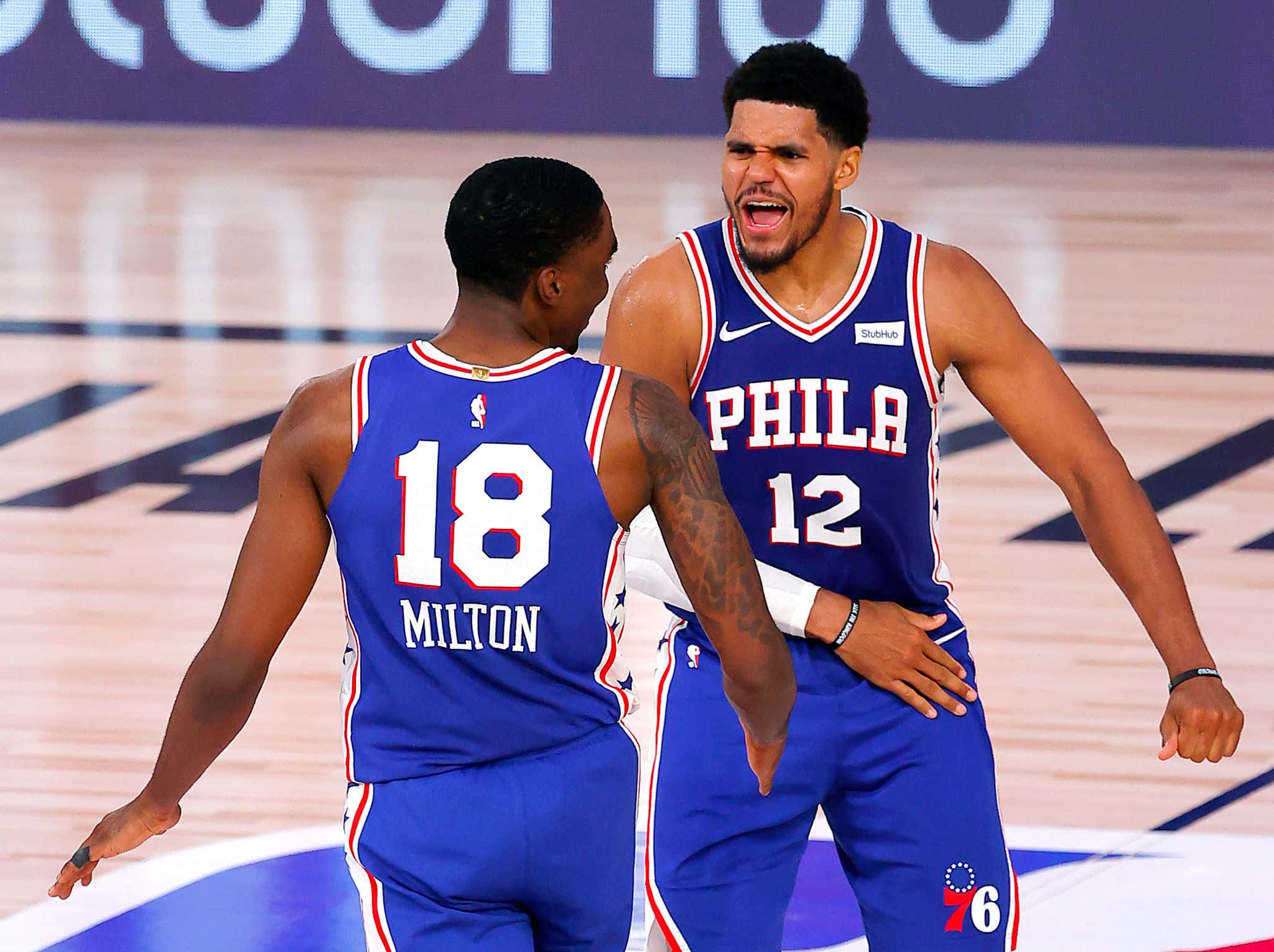 On Saturday night against the Pacers, Shake Milton and TJ Warren combined for a total of 53 points. TJ Warren also just so happened to have a 53-point night.

Safe to say it was a terrible, horrible, no good, very bad night for Shake Milton making his first start at PG for the Seventy-Sixers. Even worse when you factor in that Embiid almost had to "slap the shit outta" him on the sidelines at the end of the 1st.

So Shake gets into a little ~altercation~ with Joel and he checks in with a grand total of zero points on Saturday night. You turns on Philly sports talk radio on Monday morning and naturally everybody is shitting on the guy. I think we were only 3 or 4 more callers away from the Cuz flying down to Orlando to cut Shake himself.

Then we get to last night against San Antonio. Tip off was 8pm and I'm pretty certain Ben Simmons fouled out of the game by 8:07. In the 4th quarter it looked imminent that the Sixers were about to go full Sixers. You never go full Sixers but boy oh boy were they flirting with the idea. That is, of course, until Shake Milton drug his nuts all across the faces of Philly sports radio callers everywhere and totally redeemed himself.

Is Shake Milton the greatest point guard to ever lace them up? Extremely Donovan McNabb voice I would say no.

But does he have the balls and the mental toughness to follow up an absolute dog shit performance with a 16-point night and drill a game winning 3 with under 10 seconds left on the clock? Very much so. And that's what you want to see out of your guy. Shake Milton had a shitty night against Indiana but he wasn't going to let that impact his night against the Spurs. He put it in the rearview and moved on. A lot of guys can't do that. A lot of guys let a game like that get in their heads and they're mentally broken forever. But not Shake. Sure, he probably has a dart board with Joel's face as the bullseye in his hotel room down in Orlando right now. But he'll get over it when they get their rings.