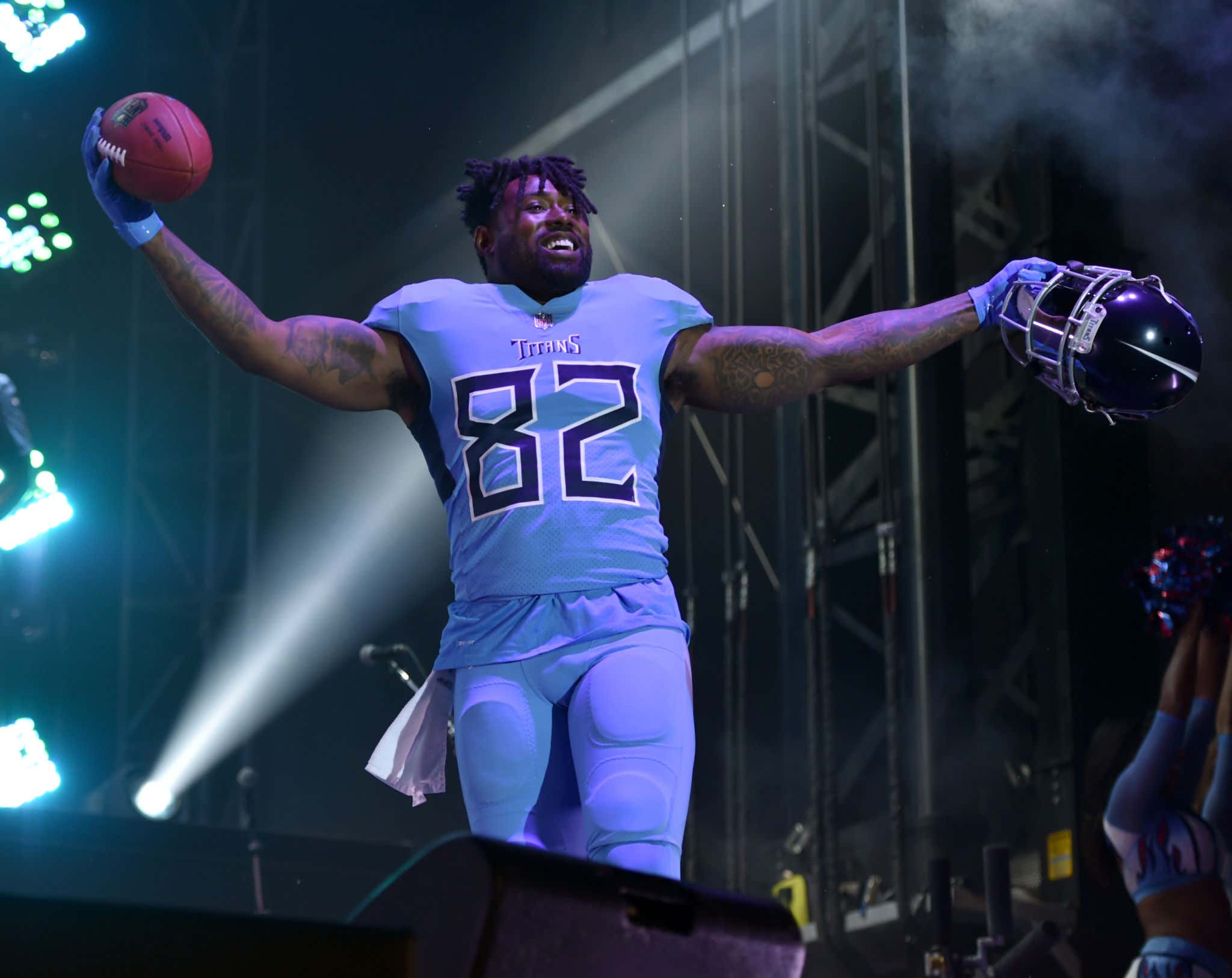 If ever there was time to get excited by the possibility of possibly landing a 35-year-old tight end who played seven games last year after appearing in one the season before, now is the time. And Delanie Walker is the tight end. Despite missing most of the last two seasons with a dislocated ankle and related fractures.

Balls to bones, Walker's 21 receptions for 215 yards and two touchdowns might not sound like anything you put in your Dream Journal when free agency began. And just for laughs I went back over Rob Gronkowski's career and found that time in 2017 when he put up 18 receptions for 315 yards in two consecutive games. So admittedly the tight end bar has been lowered around here to Preschool Limbo Contest heights by 2019 when the Pats got 30 catches for 304 yards out of the position the entire season. Plus Ben Watson retired and Matt LaCosse opted out over the weekend so there isn't a tight end with a professional reception on the current roster. So Walker's 3.0 RPG and 10.2 YPR would feel like hitting a on scratch ticket you found on the street after last season.

Of course the droid I'm looking for is the 2014-17 Delanie Walker. The one who went to three straight Pro Bowls. Who only missed three games in four years. Who never had fewer than 63 receptions or less than 800 yards and cracked 1,000 receiving yards, almost double what the Titans top wideout had. Running routes for Marcus Mariota and Zach Mettenberger, of all people. We've been through too many veteran tight ends near the end of the line for me to have much faith we'd get that. Watson, Martellus Bennett, Dwayne Allen, Scott Chandler and the like, who had varying degrees of success here. But even a reasonable facsimile of peak Walker would be a godsend.

That said, credit where it's due for the best take I've seen yet about why Walker would be a good fit here:

That's a perfect comparison. When Gronk and Murdnandez were rookies, the Pats brought in Alge Crumpler as a veteran presence. When Kevin Faulk was lost for the season in Week 2, Crumpler was elected to take Faulk's offensive captain spot. In spite of him catching only six passes for 52 yards, Belichick said at the time:

They could certainly use that veteran presence. Devin Asiasi and Dalton Keene are expected to be the tight ends of the future. And hopefully that future begins in Week 1. But if it's going to take a month or half a season or, God forbid, longer, then you could do worse than a three time Pro Bowler. Make this happen, please.