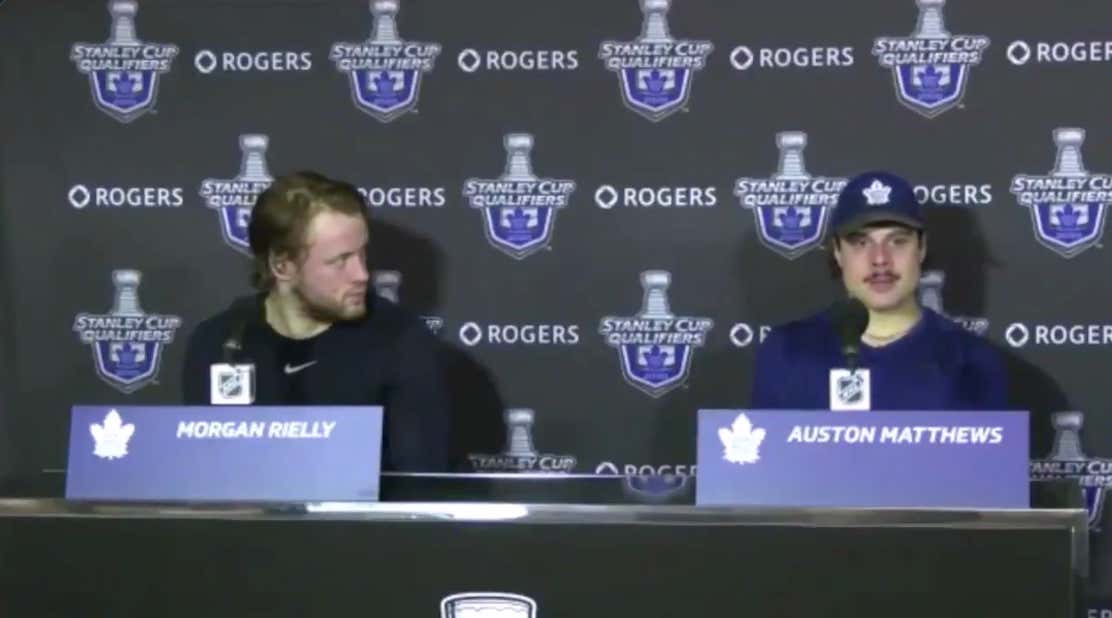 There have been quite a few decent tilts in the NHL's playoff qualifiers so far. It seems like the boys are taking it upon themselves to get the energy levels up in the barn without any fans in attendance. I mean I don't even know if the first puck drop fully hit the ice yet on Saturday when Justin Williams and Ryan Strome started chucking them. But out of all the scraps that went down this past weekend in the Stanley Cup Qualifiers, Auston Matthews dropping the mitts to bury Steve Simmons in the post-game presser was the most decisive victory out of them all.

Now for those of you who forget or are simply just unaware, Steve Simmons was the one who reported that Auston had tested positive for COVID-19 back in June. And it's not that he just reported Auston's personal medical result, but look at the way this fucking clown phrased it. He treated it like it was the biggest scoop to ever be scooped. Like he was Bob Woodward taking down a President after months over investigative work.

It was a POSTMEDIA EXCLUSIVE. It was HIS breaking story. Make sure to credit Steve Simmons when reporting Auston Matthews' personal medical records from here on out, everybody, because this is his scoop. Sure, the public finding out that Auston Matthews tested positive for a virus that half the world has gotten isn't really a big deal because he's young and healthy and easily kicked it. But for Steve Simmons to act like he just blew the lid off of some major cover up conspiracy and labeling his medical records as his POSTMEDIA EXCLUSIVE? I understand we're all a slave to the clicks here on the internet but that's a scummy way to clearly try to drive up pageviews in the middle of the summer.

Now unfortunately for Auston and the rest of the Leafs, this was the most fight that they put up all night. The Blue Jackets shut out Toronto in game 1 of their Stanley Cup Playoff Qualifier series 2-0. Not quite sure what the point of spending $40 million between 4 offenses players is if they're not going to get you a single goal in the playoffs. But Kyle Dubas can and Kyle Dubas will.

Now some actual fights from this weekend for your time.